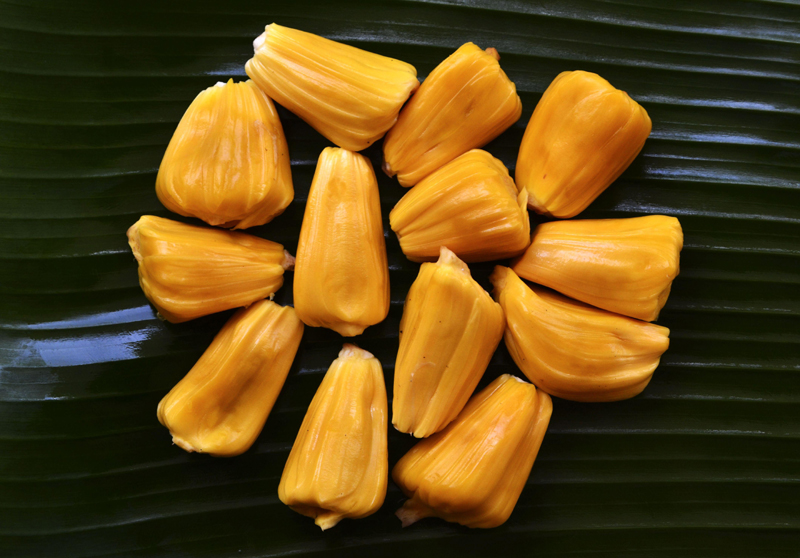 The Lesser-Told Story of Jackfruit

With the Indian summer comes the whiff of ripe mangoes and the jackfruit. But while the mango is revered as the ‘king of fruits’, the jackfruit is often relegated to the background. Yet, the latter can garner its own place in the fruit world, says Ranjita Biswas

What is an Indian summer without the mango and jackfruit? While paeans have been written on the former, the country’s national fruit, and its endless varieties with picturesque names like Begumphuli, Himsagar, Badami, Mulgoba, Neelam etc., to the more mundane Langda (no less sweet), Chausa and even with a foreign tag like Alphonso, the jackfruit remains a poor cousin in the celebration in the summer fruit season.

It does not have fancy names either. Called Kanthal in eastern India, it however, has its own band of admirers.  Take it raw made into a rich curry almost tasting like mutton (a reason why it’s called gaach-patha in Bengali meaning  tree-borne meat) or savour the rich yellow toned pods, the jackfruit has many potentials.

Nutritionists recommend the jackfruit as a good source of vitamin C, potassium, fibre, and some other essential vitamins and minerals. The seeds are especially nutritious, something our grandmothers always knew. They are high in protein, potassium, calcium, and iron. They dried  in the sun,  the dry skin peeled and added to the lentil or vegetable curries. 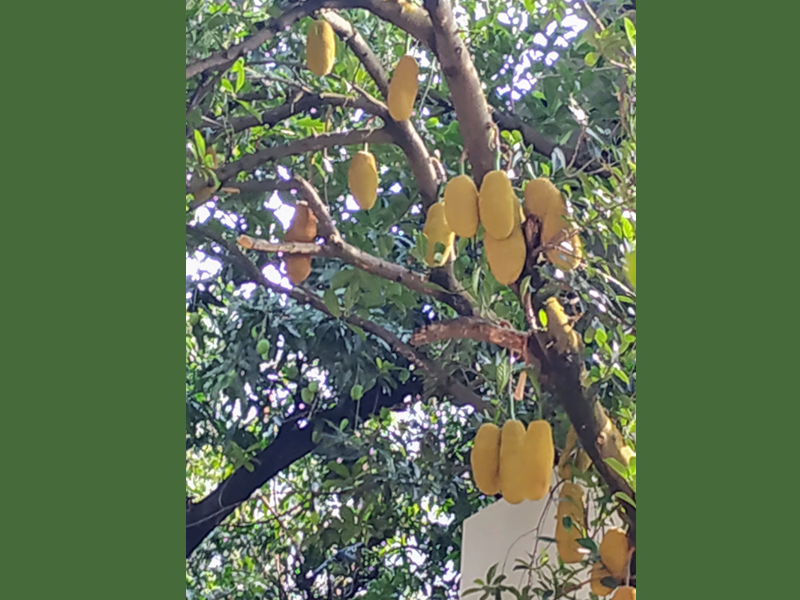 The jackfruit is indigenous to India originating in the Western ghats. Archaeologists find that it was cultivated here  3000 to 6000 years ago. From there it spread to other parts of India and the South East Asia, and even to eastern Africa, Brazil, etc.  It is the national fruit of Bangladesh and considered so by Sri Lanka as well.

In appearance though it looks like the Durian, often referred as the ‘smelly fruit’  indigenous to SE Asia, botanists point out  that the  jackfruit belongs to the Mulberry family whereas durian is a part of the Mallow family.

Come the hint of summer, and you can see the spiky fruit hanging prolifically in bunches from high up in the branches to lower down even to the trunks . It soon gets into gargantuan proportion as if overfed by a doting mother and hangs nonchalantly refusing to fall down despite the weight. After all, the jackfruit is said to be the largest tree-borne fruit in the world.

In India regional names for the fruit differ, for example, Theibong in Manipuri, Panas in Oriya, Pala-pazham in Tamil, Panasa in Telegu, Phanas in Marathi, Halasina hannu in Kannada, etc.

The word jackfruit comes from the Portuguese word ‘jaca’, derived from the Malayalam term chakka (chakka pazham).  Kerala’s Malabar coast  is where the Portuguese first arrived in 1499 in search of spices and gems.

Later, however, it was suggested that it is named after William Jack (1795–1822), a Scottish botanist who worked for the East India Company.

Today the jackfruit is also increasingly being used in other parts of the world, particularly in the US, as a plant-based meat alternative.  Jackfruit tacos and BBQ sandwiches are catching up too.

Countries with a large production of jackfruits have caught on the trend. In Thailand it is often cut, prepared, and canned in a sugary syrup, or alternatively, frozen in bags or boxes without the syrup, and exported, mostly to North America and Europe.

In Vietnam, chè-a sweet dessert soup with jackfruit, is very popular. The people also use jackfruit purée as part of pastry fillings or as a topping on xôi ng?t - a sweet version of sticky rice portions. 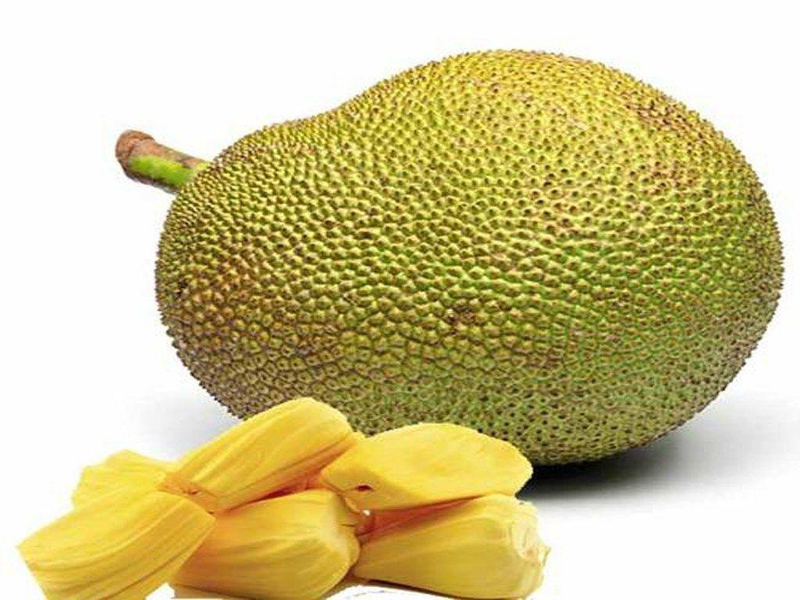 In eastern India, kanthal-pithe is a popular sweet. The ripe pods are strained for the puree, then mixed with flour and sugar if necessary, made into balls and deep fried.

In Kerala and Tamil Nadu too various concoctions are prepared from the jackfruit.

Again, in Kerala, the ornate wooden stool called avani palaka  used as the priest’s seat during religious ceremonies, is made of the jackfruit tree wood.

In Vietnam, jackfruit wood is prized for the making of Buddhist statues in temples. In Bengal too the piri, low stool, is usually made of jackfruit tree ensuring sturdiness and longevity.

So next time you see a jackfruit tree with oblong shaped fruits announcing nature’s abundance, think of the good tidings they bring.