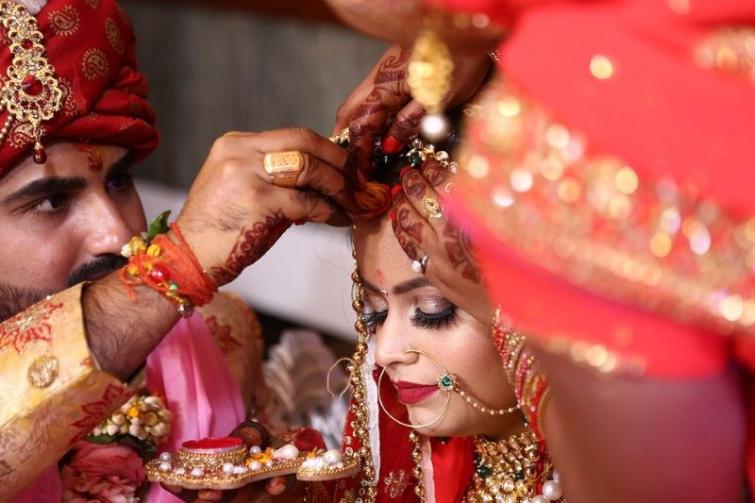 Author Amita Sahaya was present at An Author's Afternoon session presented by Shree Cement Ltd and organised by the Prabha Khaitan Foundation in June through Zoom. Sahaya, whose present book 'The Shaadi Story' examines the Indian wedding through a socio-economic and gendered prism, during an interaction with author Kiran Manral, spoke how marriage has been an integral part of a woman's life and how it is changing. India Blooms correspondent Souvik Ghosh brings excerpts

You have mentioned in the very start of the book an incident about your own family which you have witnessed. Can you tell us a bit more about the incident and what drove you perhaps to write this book?

As a small child, I was actually attending my aunt's wedding in a small town in the northern part of India. In the evening, the bride and groom were going around the fire (marriage rituals), a banquet was laid out, a mellifluous sound of the shehnai was played out, and the fragrance of flowers were coming. And suddenly there was an absolute discordant sound coming as if somebody was shouting. People turned around to look at where the sound was coming from. Then (all found) there was a man who was extremely affronted. Well he had been slighted (because) he hadn't got his due as an exalted member of the bride-groom's party. He felt that he had been insulted and therefore he had taken his plate and thrown it on the floor and was threatening to walk out of the wedding. And because he was in some important hierarchical order of the bride-groom's party, the others sort of looked at him and asked him if they might have to accompany him. 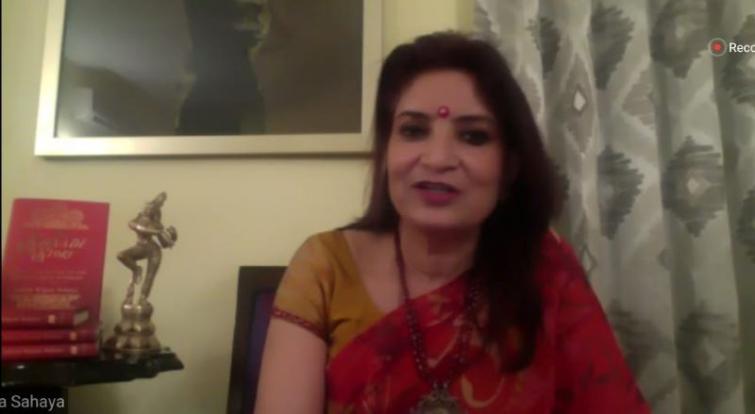 Then came my grandfather, who was my aunt's father, and he took off his turban- the mark of the tradition honour and family prestige- and placed it on the man's feet. The man takes it as his due, he is placated and sort of mollified. What struck me even at that very young age was the larger acceptance of the two roles being played out. The groom's side was kind of reiterating their role in the power structure and the bride's side was accepting their subordinate role. So that in fact really stayed with me, some visceral part of it which also in a way honed my gender lens in later years and it was reflected in the works that I have done.

In prehistoric days, men and women were on equal footing but as we headed towards the present time, marriage became an important aspect in a woman's life across all cultures and geographies. Why?

I think there are cultural presets behind it. In many ways, the householders' role as the grihasta is of huge primacy both for men and women and yet contradictory.  I always say India or Hinduism is the "Queen" of contradictions because on one hand grihasta's role is considered so supreme for continuing with progeny and paying obeisance to the ancestors by carrying on the lineage but at the same time 'Brahmacharya' is considered of supreme importance and given a huge respect. 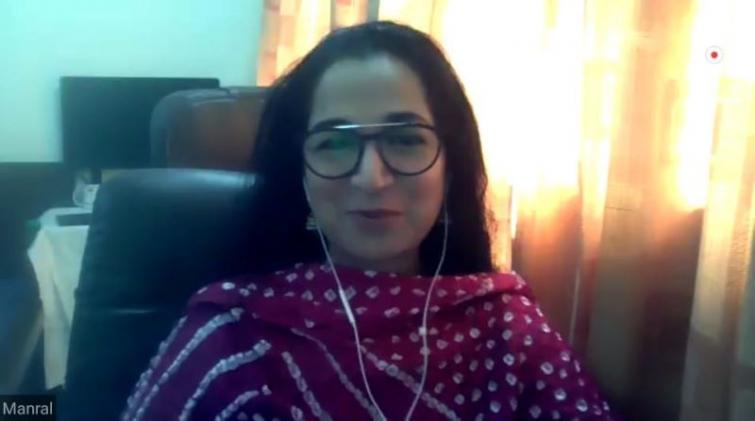 In a way I think there is just a misogynist, patriarchal point of view where a woman's role is considered incomplete until she gets into one major set aim of her life which is to bear progeny. I think the patriarchal point of view in a way has contained women into narrower spaces. We have seen in all cultures and scriptures that women's role is to support the man. Today I think we are in a great position where we can actually question that.

Do you think people are changing the rituals in marriages to solemnise?

I think there is a huge shift happening even though it is not always obvious or apparent because we get bedazzled by all the outer equipments which are meant to project the celebration of a wedding. People notice the scale of a marriage going up. But in the crux, I find that happening in a very different way from what it was earlier. Some things remain the same while others are changing. I have personally written a lot about 'kanyadan' (a ritual of handing over the bride to the groom's family) but I come across parents who are fundamentally against the idea of handing over their daughters and yet many due to lack of knowledge of the rituals, think marriage would be incomplete without 'kanyadan'. The fear factor of inviting bad luck to the changing aspirations of the young couple is something which is very interesting. 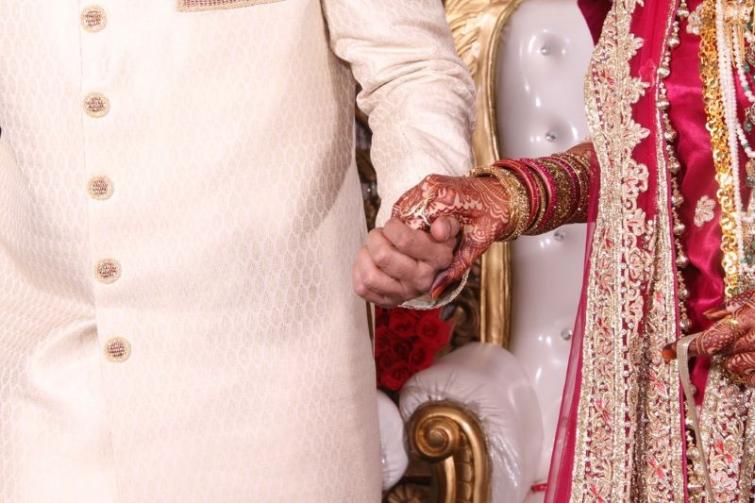 How far do you think liberalisation and Bollywood have influenced the Indian weddings?

I would rewind back in time to 1994 when India was going through an absolutely economic draft and then liberalisation and the economic boom which followed from there changed so much of India that actually it was unrecognizable in a very positive way. It is something like what is happening with these Covid times in a very short, compressed phase. A whole new paradigm change in the way of looking at things had occurred. Before liberalisation of the economy, the royal weddings were hosted by the Zamindars and not by the middle-class who didn't have the money, was much more spartan, and their aspirations were very well within. With the liberalisation of the economy, the amount of wealth which then came into the pockets of the middle class also led to the huge aspirational change. The world view had changed.

Two other factors- films and social media- also brought about the change. Before the emergence of social media, we have never, ever been exposed to people including filmstars to whom we look up to. So in a way we turn and twist around and may be dwarfing it a little and then started absorbing it and introducing it in our modest milieus. Before 'Hum Aapke Hai Koun..!' (a 1994 Hindi film starring Salman Khan and Madhuri Dixit), there was Amitabh Bachchan whose films were so much about the angry young man and revenge which after a while the audience was getting tired of. Then films like 'Hum Aapke Hai Koun..!', 'Dilwale Dulhania Le Jayenge' (romantic films) came and changed everything. People incorporated the 'Sangeet' (marriage ritual) scenes. The whole perception of how the wedding can be organised had then changed. The scale of weddings then kept on going up to what we are seeing today. 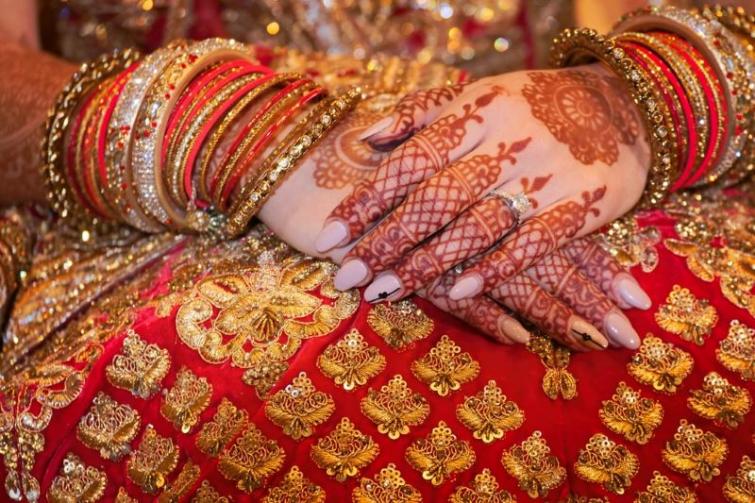 Do you think Bollywood has homogenised marriage? Was the North Indian style of marriage focussed in Bollywood? What's your take on that?

Yes but contradictions rule our mindsets or the Indian psyche. We are so deeply rooted in a way to local and community customs that what takes precedence is the centre of how the rituals and all are conducted. But I think the frills that go in a wedding have changed and in a way that also breached the North-South divide.

How far do you think weddings have become ecologically conscious?

The young couples, who are more socially conscious, particularly want to bring an ecologically-conscious wedding. People are having fusion weddings where they are bringing so many elements. Such types of weddings are increasingly occurring in certain economic segments of society where people from different communities and religions are getting married to each other. 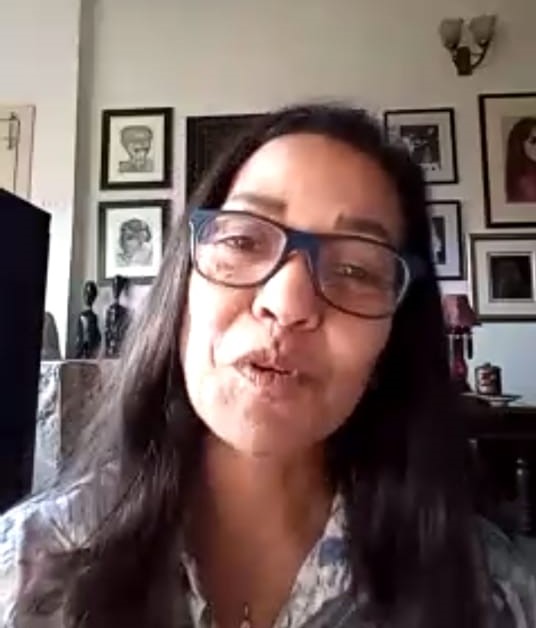 Are we heading towards smaller weddings in post-Covid world? The big-fat weddings will have to make way for the ones with 50-75 people?

We are now looking at a period where we are hoping the pandemic will be over and the things will be normalised. But what will that norm be? In a way we are living through a real-time scenario which is constantly changing. We are like actors and the audience. We are trying to define paradigms. The very perception of how a wedding is going to take place is going to change. I think weddings are going to change in the next one year or so.

Given the circumstances, do you think people will opt out of marriage in future?

I wrote a chapter- 'Singular View'- in my book where the idea was to give the space to the very large number of singles who had chosen to remain as they are for a reason. Also (now) people are remaining single because they are exploring different ways of companionship outside the milieu of a kind of marriage stamp. I had reflected that scenario in the book. But in this counter-stream of a pandemic-oriented time,  a lot of young people who would have tried to get married right away, have decided to hold back for now.

Do you think live-in relationships before marriage should be normalised now in India?

People want experimentation. The youth wants to bring new changes to marriage and I don't think the parental generation or even those who are in position to influence should put a moral-police kind of stand. I think we are seeing all kinds of shifts taking place.