Kharagpur (West Bengal)/IBNS: The alumni of IIT Kharagpur (a premier educational institute of India) has drawn up a six-month plan to support impoverished people living in and around the campus and affected by the Covid-19 lockdown, according to a press release issued by the insititute.

The short duration fund created for the plan is exclusively meant for about 10,500 poor workers on campus and people coming from villages near the campus who are dependent on IIT Kharagpur for livelihood and are now out of job / no work due to the lockdown.

The plan was mooted by Vinod Gupta, from the 1967 batch, currently a US-based entrepreneur and philanthropist who, apart from seed funding the management and law schools of IIT Kharagpur, has supported many students, staff and faculty and community members on various occasions, the release said.

IIT Kharagpur Director Prof. Virendra K Tewari said, “I thank Vinod Gupta from the core of my heart to have taken the lead and created this fund to help people who are facing dire times.” 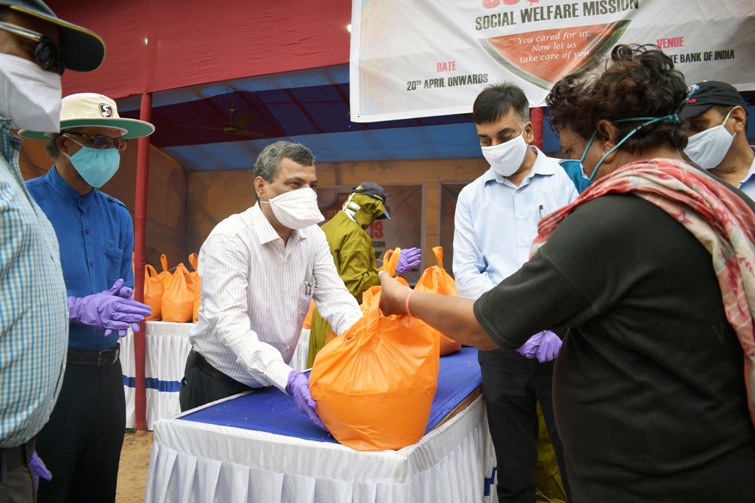 The IITKGP Foundation in the US, under the leadership of President Ranbir Gupta, is running this campaign.

Among the other alumni donors are Ranbir Gupta, Arjun Malhotra, R N Mukhija, Rakesh Gupta along with more than 100 donors from 1959 to 2017 batches.

The institute on April 20 distributed personal protective equipment, ration and toiletries to a small group of beneficiaries to start with while maintaining social distancing and hygiene protocols.

Talking of his own experience, Vinod Gupta said, “In 1962, in my first year at IIT, it was a surreal experience for a 16-year-old kid from a village in Uttar Pradesh. When I got sick, the guy who took care of me was the Ward Boy in Patel Hall and his name was Papaya. I still remember him. I remember former US President Bill Clinton, who shared such a nostalgic experience of inviting a porter who took care of him during his university days, to the Presidential swearing-in ceremony. It just shows how important they have been in our lives.”

The alumni community in the US aims to raise about rupees eight crore to help 'the unsung heroes of IIT Kharagpur campus', said Gupta.