Kolkata/IBNS: Not only adults but children too can bring around positive changes in society was amply highlighted in a book reading session organised by Save the Children, an independent child rights organisation, at the Oxford Book Store in Kolkata.

Penned by authors Rashmi Bansal and Devendra Tak, 'We are the Champions' is a compilation of inspirational stories of 15  Indian children who have shown a fearless sprit and made tireless efforts to transform their world around them.

By questioning age-old practices such as child marriage, child labour, dowry, trafficking and inequality of gender, the children featured here have brought real and lasting change in their communities.

At the event, Devendra Tak presented stories of children from underprivileged backgrounds who are fighting against many odds and injustice. 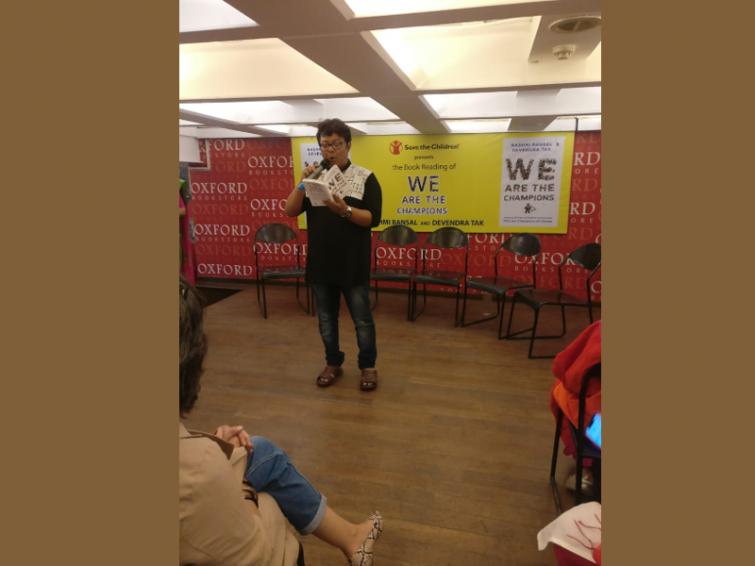 Tak, who works with Save the Children, said he has met amazing people during his career with assignments in India and abroad.

“But witnessing the awe-inspiring efforts of these children made it imperative to capture their stories in a book and share widely with the world,” he said.

Saraswati from Kolkata and Anoyara from the Sunderban areas, who have been featured in the book, spoke about the challenges children face in realising their rights.

Saraswati lives in a makeshift slum in Kolkata’s crowded Port area and is trying to raise safety issues and bring about positive changes in her community.

“I am prepared to fight till no kid is deprived of his or her childhood," said Saraswati. "I don’t care if it takes all my life to achieve this,”

She also highlighted that parents too need to be careful and supportive of their children so that they can fulfill their dream.

Anoyara Khatun from Sundarban region in West Bengal represented India at two United Nations General Assembly meetings in New York and is a recipient of the President’s Nari Shakti Award, 2017.

She works to eliminate child trafficking, one of the key ills in the region

“I look forward to an earth where every girl will have a pair of wings with the help of which she will be able to fly freely under the open sky,” said Anoyara.

Anindit Roy Chowdhury, Director-Programmes & Policy, Save the Children and popular Bengali singer Sidhu, along with the two changemakers, engaged in a conversation with the author at the book reading session.

“It takes a child to raise a village,” said Roy Chowdhury, “I discovered this truth when I met with several inspiring children from across India who has helped to improve the lives of other children and brought positive change to the communities and nation.”
Chittapriyo Sadhu, Deputy Director- Programme Management of Save the Children shared the journey and experience of the organisation while working with children. 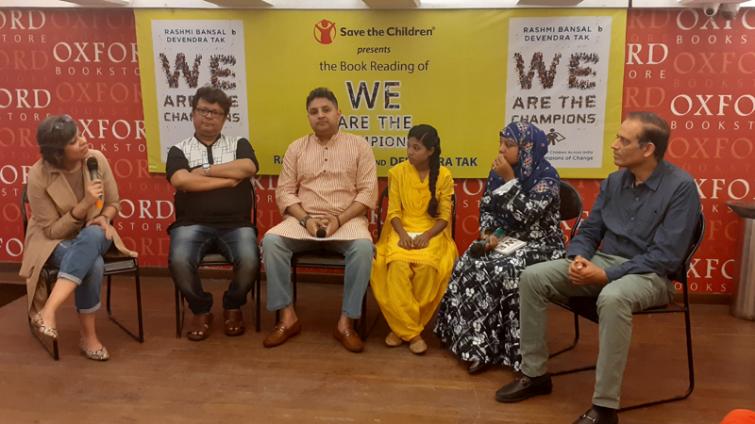 Susmita Guha, Senior Manager and Head of West Bengal Project Office briefly shared the century long movement of Save the Children and the organisation’s journey in West Bengal.

Sidhu, who has a long association with the organisation, read out a couple of pages from one of the stories and summed up his deliberation with a song of his ”Phirbe na se phirbe na”.

This book contains valuable lessons for students, teachers, social workers, NGOs and those who care about a better, more inclusive India.

The book is available for orders on Amazon and Flipkart as well as leading bookstores in the country.