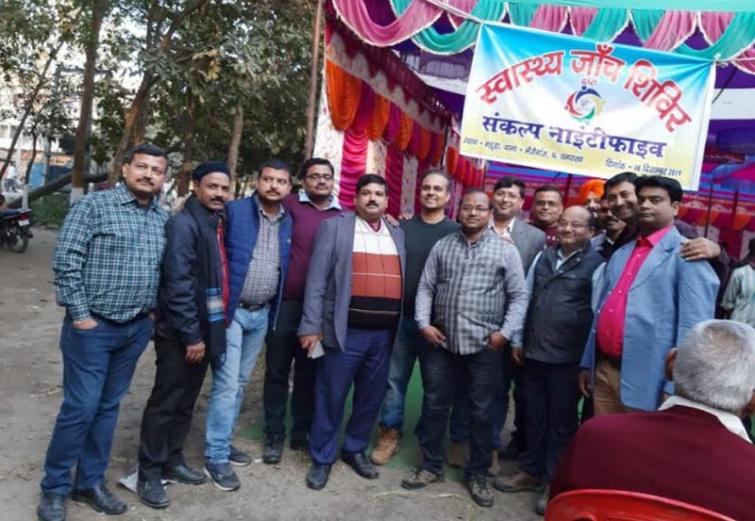 Bettiah, Bihar/IBNS: Some old students of a Christian missionary school here in West Champaran district of Bihar showed the way to India with their unconventional but healthy initiative for their people in this region.

A group of students of 1995 batch of the 92-year-old Khrist Raja High School (KRHS) named Sankalp ’95 played a stellar role to create public health awareness in their area and organized a health camp at Nadda village near Bhaironganj in West Champaran district in Bihar earlier this month.

This got mention in the last 'Mann Ki Baat' programme of 2019 by Prime Minister Narendra Modi who extolled 'Sankalp 95' for their path-breaking initiative.

“Recently, I heard the story of Bhairoganj health centre. I was so impressed with the initiative that I would like to share the story about this with you. Thousands of people from nearby villages gathered at a health centre to get themselves checked up. You may think what is new in it. There is something new in it. It was not a government programme, neither it was an initiative of any government organisation. The health camp was held by the alumni association of Bettiah’s K R High School. The step was taken by them under ‘Sankalp-95’,” PM Modi said in his ‘Mann ki Baat’ programme on Sunday last.

‘’Every Indian should do something good for their fellow citizens. The country should take inspiration from the students of K R High School,’’ he added.

Deependu Chatterjee, Secretary, Sankalp 95, said, ‘’We have planned to do some constructive activities for welfare of people in this region every year. We organized the health camp at Nadda village on December 8 with a view to providing free medical check-up services to people of this area. About 1,500 people availed health check-up services. The objective is to give back to the society.’’ 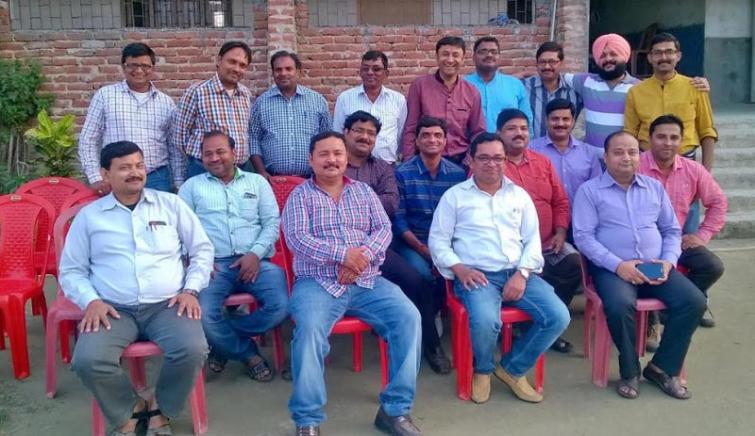 Speaking with India Blooms, Fr. T M Joseph, then Principal of K R High School, said: '’Many students of different batches of the school are organsining constructive and positive initiatives every year. I am happy to see the dividends of the education in their novel initiatives. I am so proud of being part of this great institution and the stellar works of my students.’’

Congratulating Sanklap '95 for their sterling job, Manoj K Rao, former President of Khrist Raja Old Students Association (KROSA), said the students of the school held constructive programmes on regular intervals. “During my two-year stint, we successfully organized eye-camps for students, plantation in and around the school and sanitation drive in Bettiah town under Swachh Bharat Abhiyaan.’’

KROSA used social media, especially Facebook and WhatsApp, as a vehicle to connect with its students across the globe and urged them do something positive for the poor students and the society at large.

‘’Several students, including Sanjiv Kumar and Rajeev Kumar of 1985 batch who contributed financially for poor students in the school, came forward and did their bit. For example, Sanjiv comes to the school from Delhi every year to guide students of class Xth. These contributions are so inspiring," said Rao.

Notably, for the past three years, its national chapter KRHS Alumni Foundation has been organizing reunion of old students and recognizing its retired principals and teachers for their contributions. It has honoured former KRHS Principal Fr K T Thomas, and teachers like Edward Raphael, Rambalak Yadav, S N Jha and Late Cherubim Fidelis among others in the past two alumni meets.