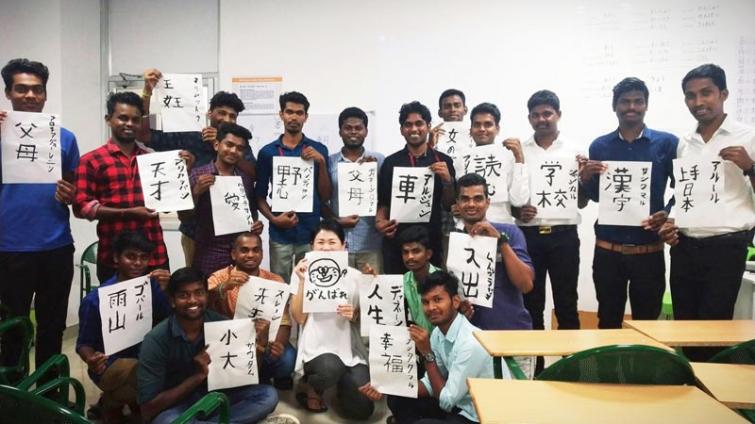 Tokyo/IBNS: Twenty-three-year-old S. Silambarasan is excited about working in Nagoya Japan. The engineering graduate from Tamil Nadu seems to have none of the trepidation associated with adapting to a different culture, food and language.

The six-month training program he underwent at Sona Yukti, the learning and skill development arm of the Sona Group, has not only given him a fair idea of life in Japan, but made him proficient in the Japanese language.

Silambarasan will be joined by a dozen other young men trained by Sona Yukti in Tamil Nadu’s Salem town, who have all got job offer letters from various Japanese companies and said ArigatÅ Gozaimashita (Thank you).  They expect to earn between Rs 1,00,000 to Rs. 1,60,000 per month, are looking forward eagerly to their new life in a foreign land. 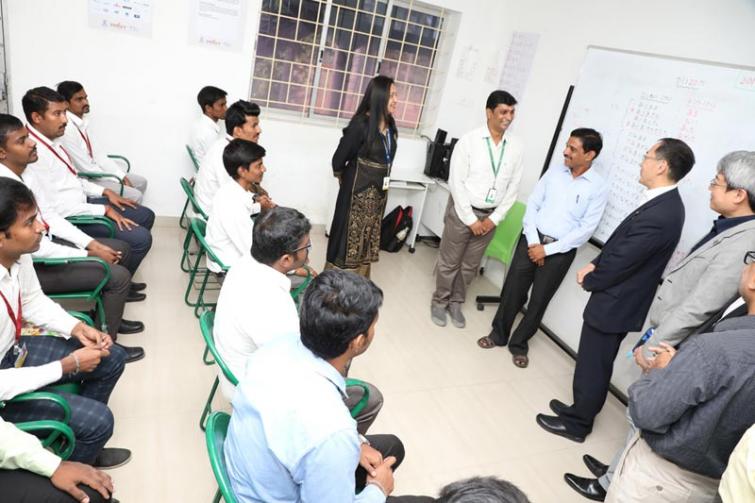 Typically, talent migration from Indian shores is westward bound. But all that could change as Sona Yukti has ambitions to send at least 100,000 Indian engineers and technicians eastwards to Japan over the next five years to meet the land of the rising sun’s requirement for skilled workers.

Graying Japan, which faces a severe talent crunch, is aggressively scouting talent from all over the world and wants to welcome at least 8,45,000 young skilled workers by 2025. India is on its talent search radar too, and it has set in motion a Technical Intern Training Program (TITP) here. 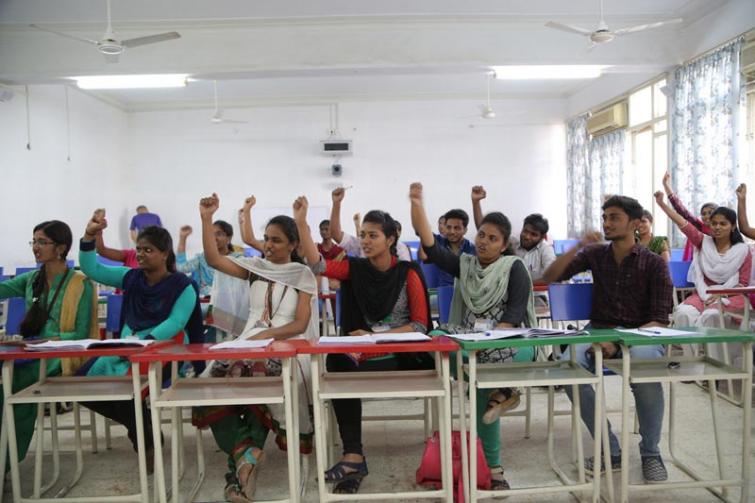 Sona Yukti is one of the organizations empanelled by the National Skill Development Corporation for Japanese Government’s TITP program.

Created to enhance economic development between India and Japan, the program ranges from one to five years and covers sector specific skills and training in Japanese language and culture, followed by on-the-job training in Japan. 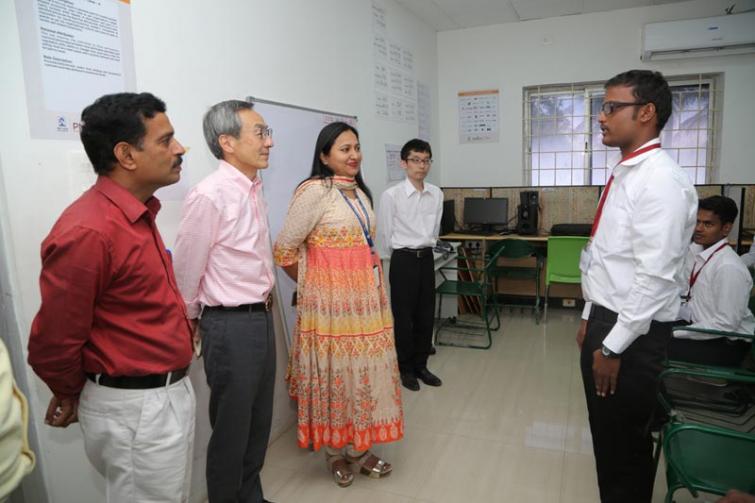 To meet this need Sona Yukti has launched an aggressive campaign to enlist students from across the country keen on working in Japan. It’s a hard to resist opportunity for electronics engineers especially. 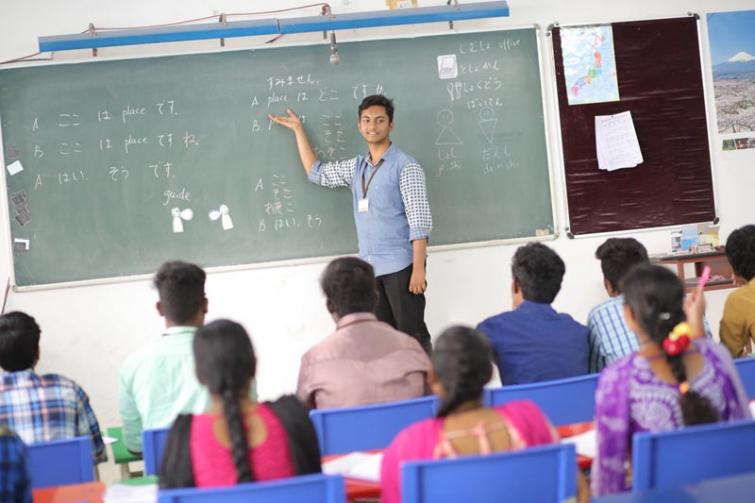 As 28-year-old D. Arul Prakash from Pondicherry, an electronics and communication engineer says, “A lot of high-tech gadgets and household appliances are available only in Japan. Definitely I will go to Japan… and learning Japanese was required to make my dream come true.”

Dispelling the notion that the Japanese language is difficult to learn, Prakash says that “actually it’s too easy to learn Japanese from Tamil. The sentence structure, grammar is almost the same.”  Prakash will join the design and production team of Kabushiki Kaisha in Nagoya, capital of Japan’s Aichi Prefecture, in early 2020. 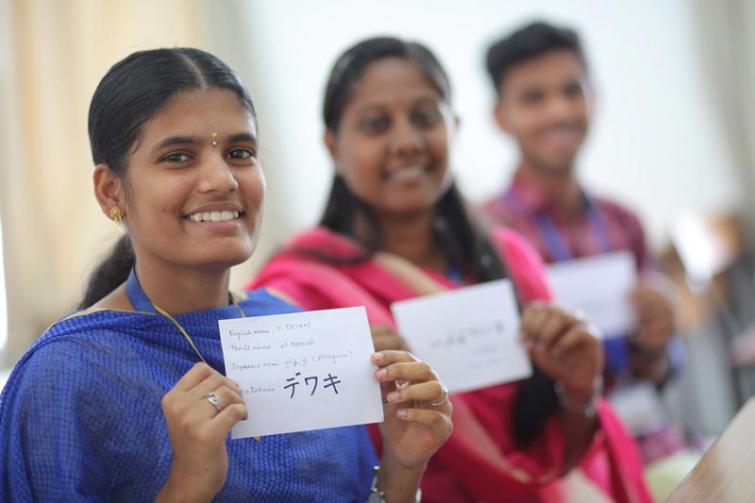 Asserting that his dream was to learn the “top most technology,” and then become an entrepreneur, Prakash, describes how during the six-month course at Sona Yukti, not only did he learn the language but every day had a session on Japanese culture, manners and etiquette. “These included “activities, games, group discussions, and online videos sessions on Japanese lifestyle and culture,” he says.

Having tasted Japanese food as part of his training, he says it is not bad. Besides, Japanese food is good for health, and the reason the average life span of Japanese is high, he adds. 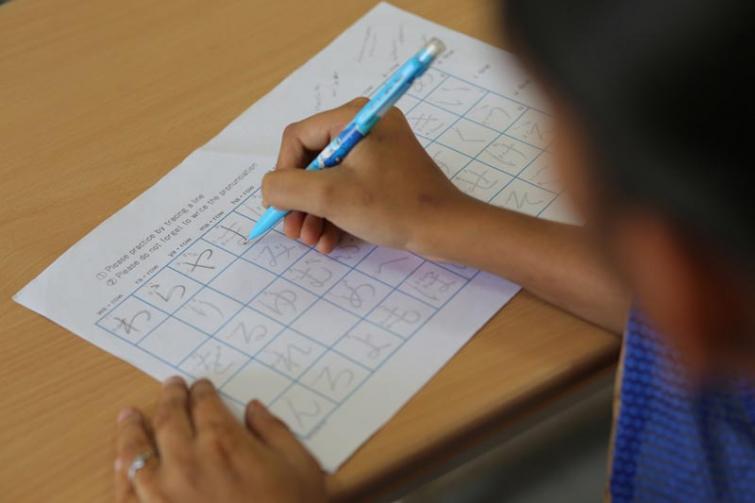 “At first it's little difficult to eat Japanese food, but after that I will manage it,” says S. Silambarasan, who is excited about picking up technology skills in Japan. “After working in Japan for a few years I will seek a good job in India where I can implement the skill and technology learnt in Japan,” says the youngster.  He too says learning the language was not difficult because guided by Indian and Japanese teachers, “I was practicing Japanese by reading and writing every day.” 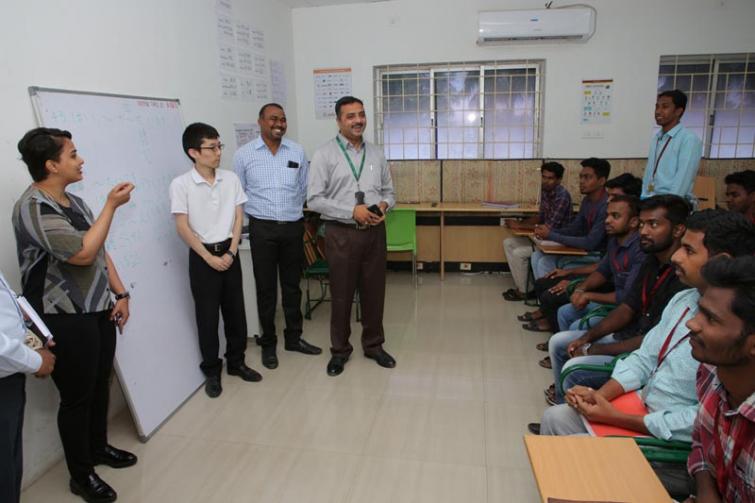 B. Raguvaran is confident that he will find a job once he completes the internship in Japan. “I may even consider taking my family to Japan after I settle down. I will also encourage my friends and colleagues to learn the language,” says the 30-year-old Mechanical Engineer from Vellore. “I don’t think food will be a problem for me as I am okay with any kind of food. But I’ll definitely miss my mom’s cooking,” he says. 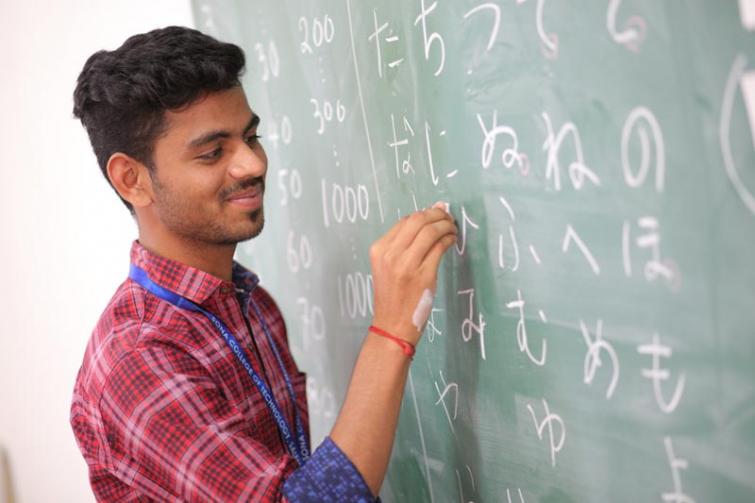 Nearly 1,000 students have already learned Japanese at Sona campuses, and the group has facilitated placement offers to scores of candidates for jobs in various trades in Japan so far. 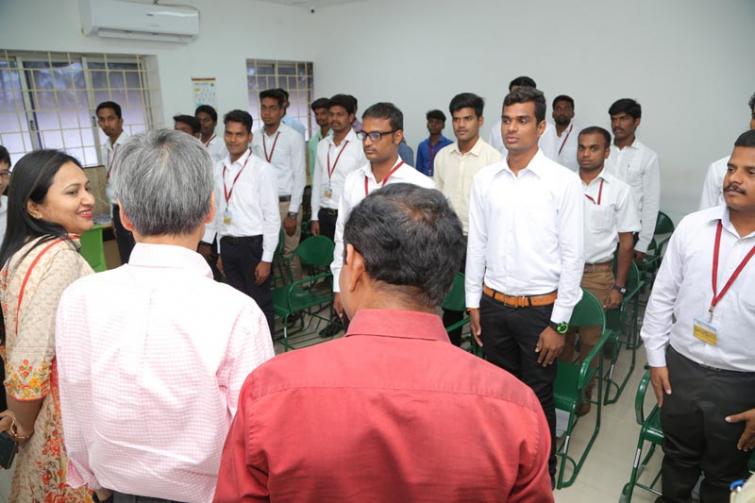