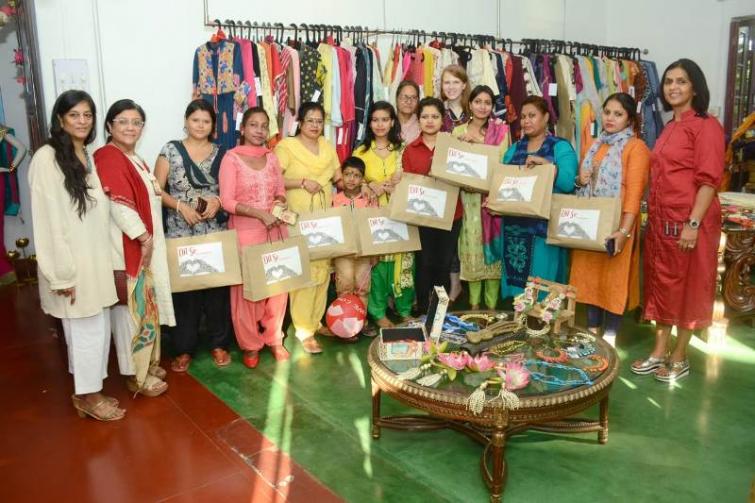 Kolkata/IBNS: Dil Se Happiness, a Kolkata--based designer boutique, which focuses on charity based activities at different times of the year, recently arranged to give some special gifts to seven underpriveleged women.

The event was organised in the presence of guests who have been supporting the boutique's initiatives.

Located on Lake Road in south Kolkata, Dil Se Happiness is a designer boutique which sells donated designer wear at the outlet.

The aim is to reuse those designer pieces which often lie unused on racks and closets.

Not only Dil Se helps many to get designer clothes at a low price but donates the proceedings earned to underprivileged  people or organisations working for the underprivileged.