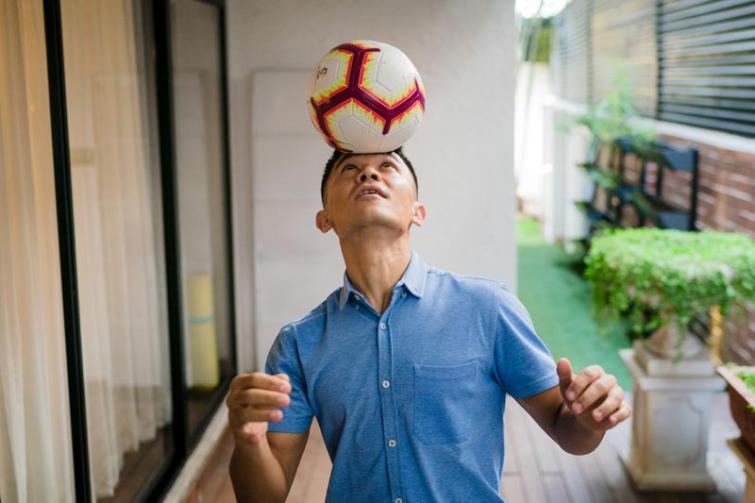 Sunil Chhetriâ€™s Bengaluru home is a testament to his sportsmanâ€™s spirit, says Asian Paints Where The Heart Is episode

Bengaluru: Sunil Chhetri has never been one to hog the spotlight— he usually lets his game do the talking. The prolific Chhetri isn’t just the Indian football captain, he’s also the highest Indian goal scorer of all time.

It’s not just his stats and performance that make Chhetri one of the most beloved sportspersons in the country. It’s the fact that he lives and breathes Indian football. With his prodigious talent, Chhetri has got numerous opportunities to play the game at an international level— but he’s always prioritized the Indian team over everything else, and never regretted it. In recent years, he’s also made a mark for himself as a reliable player in the Indian Football League.

Despite the fact that he’s so well-respected and loved, Chhetri is a bit of an introvert. Little is known about his personal life. So a recent episode of Asian Paints’ Where The Heart Is came as a pleasant surprise. The webisode takes us through Chhetri’s beautiful home in Bengaluru— a green haven away from the hustle and bustle of the city. 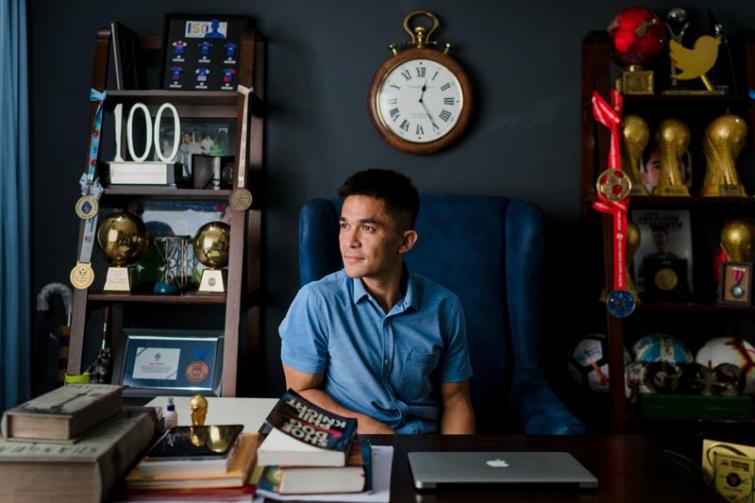 The episode is about so much more than just the rooms and the decor; it gives  a glimpse of Chhetri’s inner world and this includes the passion that he has for sport, the love for his team, and most importantly the beautiful bond he shares with his wife Sonam (who, coincidentally, is his coach’s daughter!).

Chhetri’s home is one that he has built after years of the nomadic sportsman life. Having lived out of suitcases for so long, his home is a place where he’s grown roots— a place where he can just be himself.

Every corner of the home reflects Chhetri’s passion for the game. Whether it’s his home office that proudly displays all his awards (including his much-cherished “Golden Tweet” award!) or his hallway where his sports bike finds a place of pride or even his open island kitchen where he’s often seen making his post-workout smoothies.

Interestingly, Chhetri’s home speaks volumes about his simplicity and sentimentality. In an era where most celebrities spend a fortune on interior decorators to give their home a modern look, Chhetri and his wife actually decided to keep every piece of home decor they received as a wedding present from their loved ones. They then designed their house around these pieces, giving it a wonderfully quirky and authentic feel. 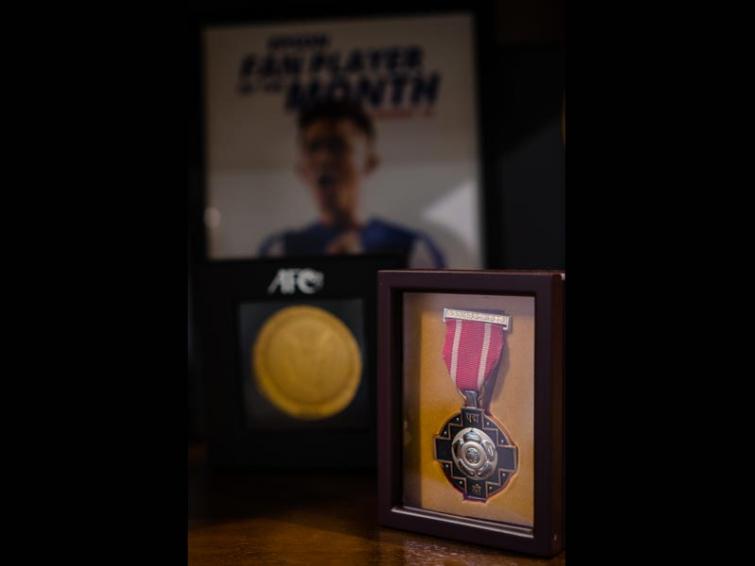 Most importantly, Chhetri’s home gives us a glimpse into the beautiful, starry-eyed bond he shares with wife Sonam. The two have been together for many years, right through the trials and tribulations that come with a high-flying sporting career, and they seem to have an amazing level of respect and understanding. In fact, it’s Sonam who is behind most of the planning and decor of the house, has created an amazing kitchen garden in the deck area, full of the choicest herbs. She even has a breathtaking glass walk-in closet in her bedroom! 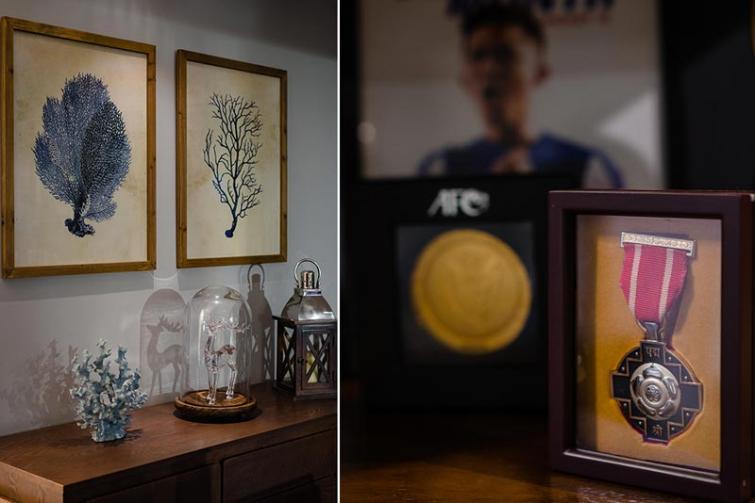 At the end of the show, Chhetri puts is as simply and beautifully as possible when he is “Football is where the heart is”. So even his home is a testament to his passion and love for the sport. At the same time, his home is also a place where he doesn’t have the heavy mantle of leadership on his shoulders. It’s a place where he can just unwind, bask in the warmth and comfort of his relationship, and simply be himself.