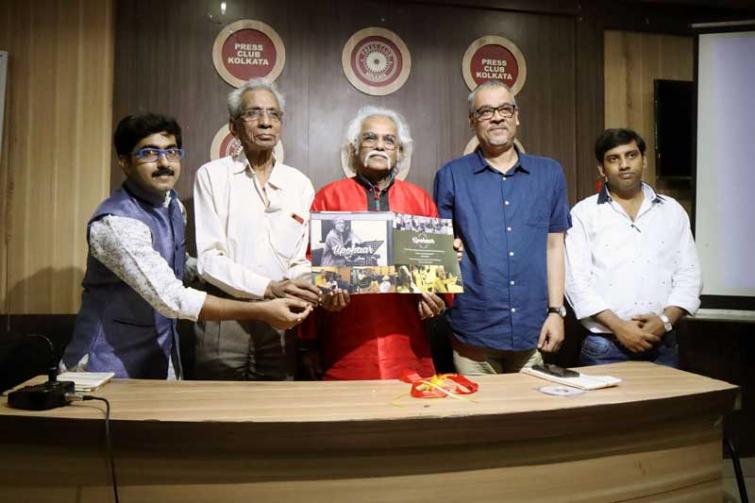 Kolkata, Aug 14 (IBNS): Santoor Maestro Pdt Tarun Bhattacharya unveiled the single album as a tribute to one of the veteran musicians of this country Sri Pratap Roy well known as Baby Da. Baby da who has played in this song as well is a renowned piano- accordion player of the industry of Indian music.

This was written as a poetry first.

But during writing the words came in such a way that they just forced me think to make a melodious number with these words.And thus the poetry was converted into a song.

Upohaar is based on one successful musician's story. His way of looking back to his past incidents.Lots of presents, awards he has received from his fans and followers though, he has the thirst to have something more. Some casual love from his beloved one, however, for formality at least, is all that he looks for till today. Down memory lane he reaches to flash back. Some small mistakes taken place made them apart.He still expects that misunderstandings will fade away and finally will be vanished.The known tune in the background will let the friendship win over the 'emotional sentiments'.

Music that first came to my thoughts, was a sound capable of justifying the lyrics with an easy but very sensitive melody. The melody must have a touch of hummable nostalgic    flavour as well except some chromatics used to  enlight the monotony getting reduced gradually. The song ends with a positive vibe portraying the surroundings ,as if, with its background score seeking for the friendship to get back once again.