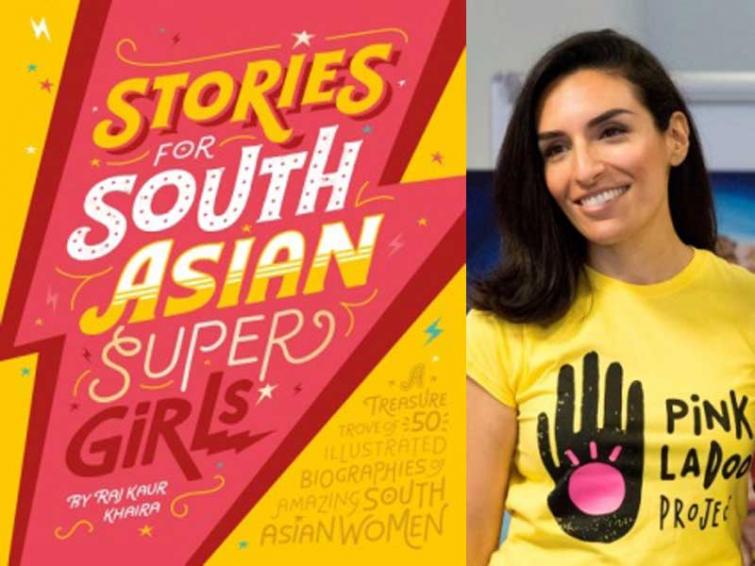 Kolkata, Jul 19 (UNI) A woman is far likely to better tell the story of her compatriot than a man.

Despite celebrated authors like Lev Tolstoy, Rabindranath Tagore, Sarat Chandra Chatterjee or Alberto Moravia, delving deep into the female psyche, a woman writer is perhaps better placed to sketch out a female character.

Through the inspirational stories of 50 famous and under-celebrated women from Afghanistan, Pakistan, India, Bangladesh, Nepal and Sri Lanka, South Asian girls will have a chance to dream about lives for themselves that radically differ from the limited narratives and stereotypes written for them by their culture, wider society and the mainstream media.

Illustrated with striking portraits by ten international South Asian female artists (including two from India), this is a book for all ages.

Khaira's lifelong passion for gender equality led her to founding the 'Pink Ladoo' Project in 2015. This innovative initiative, which encourages the equal treatment of new born girls in South Asian families, has attracted tens of thousands of followers in communities across Canada, the US, UK, Australia and India. It has rapidly become one of the most prominent feminist movements for South Asian women globally, and propelled Raj to becoming an influential and credible thought-leader.

Raj was born in the UK, raised in Vancouver and Toronto and now lives in London. She will be donating 100 per cent of her author proceeds to the following charities that support women and children: The Flying Seagull Project, Child Poverty Action Group UK and The Canadian Women’s Foundation.

Her book has already earned rave reviews with The Times' Children's Book of the week saying, ‘There is someone here for every girl and boy … an inspiring book.’ The Observer said, ‘This inspirational rogues’ gallery is bang up to date. This call to courage celebrates warrior queens of Bangladeshi, Indian, Nepalese and Pakistani heritage … in matter-of-fact language designed to highlight obstacles overcome.’

‘The most beautiful, bodacious, ball-busting book ever! … needs to be in every library, house, and school ever built,’ ONJALI RAUF, author of 'THE BOY AT THE BACK OF THE CLASS' said.

‘Heartwarmingly full of the power, resilience and ingenuity of South Asian women,’  BOOK TRUST observed, while the reviewer for Morning Star described it as ‘One of the most beautiful and visually stimulating books I have seen for a long time.’