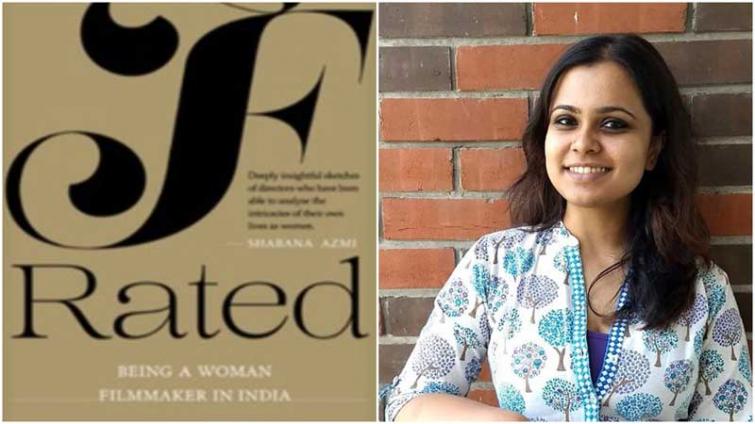 Kolkata, Jul 16 (UNI) Cinema is among the rare media which has power to change. And women directors are trying to leave a mark in that field. But what does it mean to be a woman filmmaker in India?

A famous director suffered from depression, unable to take on film projects because of her young child. Another was asked in an interview if she drinks and smokes to deal with the stress of film making like men do. Some faced cinematographers who refused to listen to them.

Author Nandita Dutta writes about the trials, tribulations and triumph of these women film makers in her new book 'F-rated: Being a Woman Filmmaker in India'.

Almost all of these women struggle to raise money for films with female protagonists. But they are also cool and sassy. One attended film-school with her two-week-old baby. Another stormed the once all-male bastion of the 200-crore club. They can make a hit film about a middle-aged housewife, as much as a bisexual teenager with a disability, portrays the book, set to be released soon by HarperCollins.

Renowned director Vishal Bhardwaj says of the book, ‘A captivating look at the bold, courageous and colourful lives of India’s female directors and their invaluable contributions to our cinema and society.’

Says Shabana Azmi: ‘I’ve always wondered why filmmakers resist the prefixes ‘women’, ‘Asian’, etc. I believe that being women or Asian should inform their gaze. Whether it is a thriller, a war film or a love story, I believe women tell stories differently from men. Not better or worse, but different."

"However, after reading F-rated, I have begun to see why it is important to acknowledge women’s uniqueness without pushing them into a separate box. We need to build an ecosystem where it is not automatically assumed that a filmmaker is male unless otherwise specified. We need many more writers and directors who are women to enter centre stage and occupy the space which, for far too long, has been under the influence of the male gaze only. When that happens, the need for the prefix will fail to matter," the eminent actor-activist says.

These are deeply insightful sketches of directors who have been able to analyse the intricacies of their own lives as women, as much as they have the complex craft of filmmaking, she adds.

Nandita Dutta works at the Centre for Studies in Gender and Sexuality at Ashoka University. She has an MA in Gender Studies from SOAS, University of London. She has written extensively on Indian cinema for national and international publications.