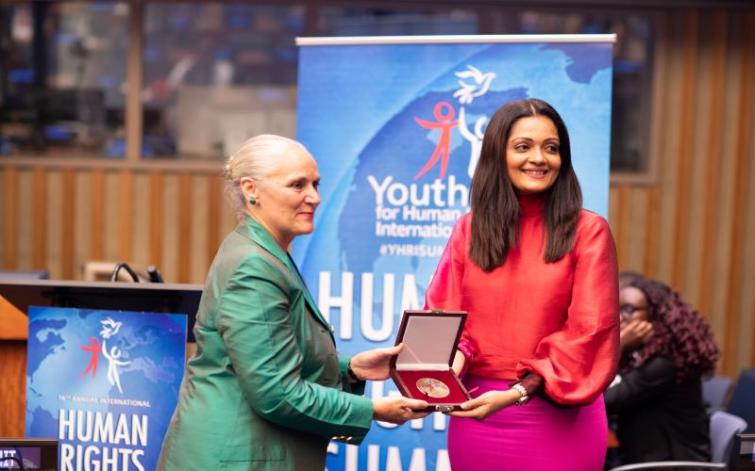 New York, June 29 (IBNS): Indian actress Sheena Chohan has been awarded the prestigious Human Rights Hero Award at the United Nations in New York for her work enlightening more than 36 million people about their human rights.

Sheena, who was nominated as Best Actress at the Shanghai and Dubai Film Festivals for her Netflix featured film Ant Story, has been South East Asian Ambassador for Youth for Human Rights, the world’s largest human rights education program, for ten years. 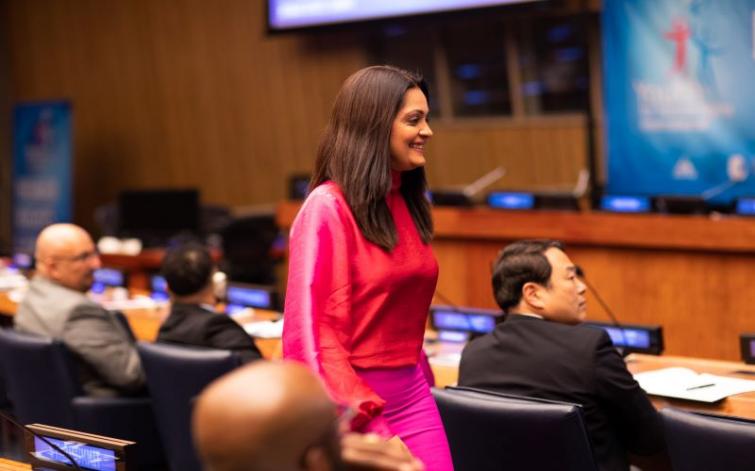 Speaking after receiving the honour, Sheena said: “To think that I’m standing in the same building that I’ve talked about non stop for ten years is overwhelming, but to be given this award here tonight, and actually to be speaking to a room of dignitaries about the importance of human rights education tomorrow is nothing short of living in a dream."

"Mandatory human rights education is the answer to changing world wide human rights violations and I cannot thank the United Nations enough for giving me this chance to address the diplomats in attendance and world watching at home with this vital message,” she said. 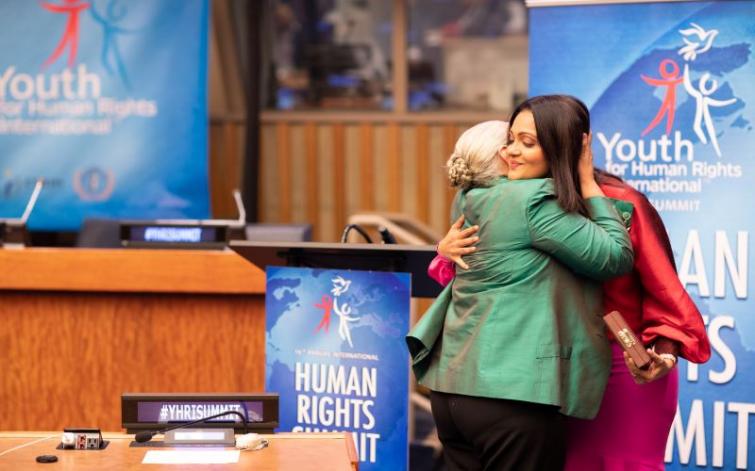 A title winner under Miss Universe India and Miss Kolkata, Sheena has played the lead in seven films, three with nationally award-winning directors such as Buddhadev Dasgupta, and was launched alongside Mammootty in the South.

Sheena has been South Asia Ambassador for Youth for Human Rights, a branch of United for Human Rights (www.humanrights.com), the largest human rights education program in the world, for the last 8 years. She’s used her position as an actress to communicate the need for human rights to over 36 million people and get human rights education into the curriculum of over 30 universities in South Asia, and has personally lectured to thousands of students in India about their rights.