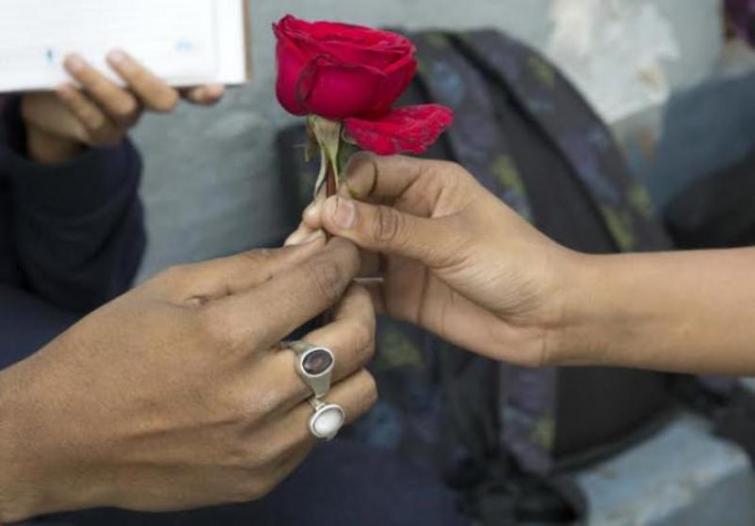 On V-Day, Surat schoolchildren will pledge to marry with parents' consent

Surat, Feb 12 (IBNS): While the young people elsewhere dedicate Valentine's Day to their lovers, this year several young boys and girls in Gujarat have decided to accept the choices made by their parents as life partners instead of chasing love themselves.

The initiative has been organised by a voluntary organisation in Surat.

According to reports, as many as 10,000 young people will take an oath on Feb 14 to get married to the ones chosen for them by their parents.

They will also take oath to not get married to anyone without the consent of their parents.

Run by therapist Kamlesh Masalawala, the voluntary organisation Hasyamev Jayate has roped in 12 schools for the programme.

Masalawala told media that the event is being organised to prevent youngsters from taking impulsive decisions abut their life partners.