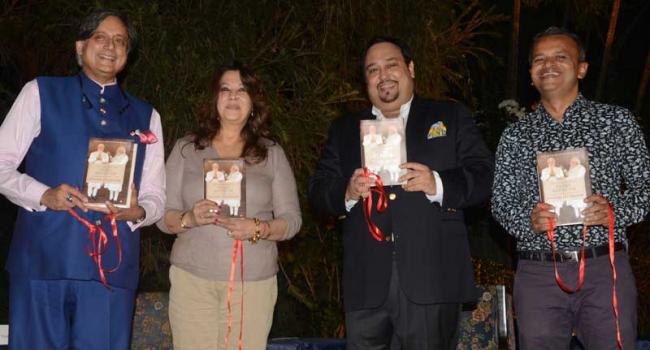 Kolkata, Nov 5 (IBNS): Author and politician Shashi Tharoor was in Kolkata to attend the launch of his book The Paradoxical Prime Minister: Narendra Modi and his India organized by Kitabe – a book launching forum initiated by Prabha Khaitan Foundation and presented by Shree Cement Limited  – at the Bengal Rowing Club (BRC).

The lawn of the Club was chock-a-block as book lovers, students, industrialists and eminent Kolkatans turned up in large numbers to listen to an hourlong tete-a-tete with conversationalist Sandip Roy.

The book was formally launched by Moon Moon Sen, Member of Parliament (MP) and actress, along with Raghu Mohta, President and author Sandip Roy.

During the conversation, Tharoor made cleared the air on many alleged controversies that were being the rounds. 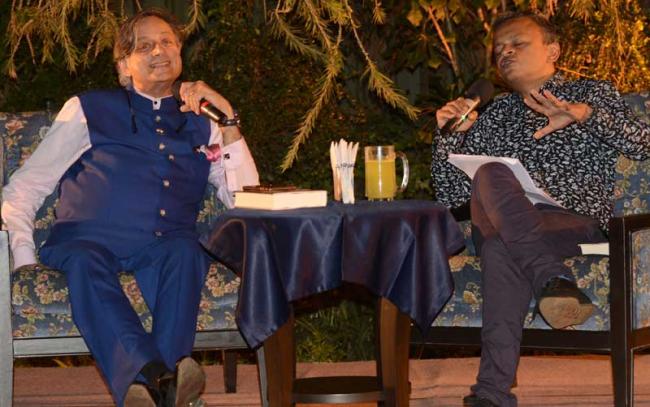 He said that the launch of his book The Paradoxical Prime Minister came close to his last book because he wanted the book to hit the stands before the general elections next year.

Tharoor said that earlier there were talks about the possibility of general elections being held in December 2018 and he did not want to take any chances. He said that this book was a substantiated analysis of how things are in the Prime Minister’s regime.

He felt that the Bharatiya Janata Party will have a tough time winning 2019 elections on its own and would find it difficult to get more than 160 Lok Sabha seats.

Accepting the fact that Prime Minister Narendra Modi is a workaholic and a tireless worker with single-pointed focus and a fantastic orator, Tharoor, however, said he feels his policies have failed in most crucial areas like foreign policy, freedom of the press, demonetisation, implementation of GST and so on.

Criticising Modi’s approach to “Sab ka saath, Sab ka Vikas,” Tharoor took a dig at Modi saying, “There is no saath and Vikas was the lowest priority of this government.” 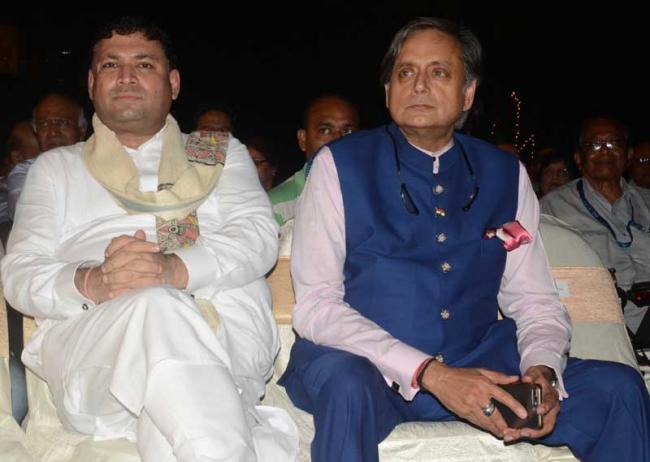 The gist of his five-hundred-page book sums up the Modi regime’s shortcomings as a huge gap between – rhetoric and reality, aspiration and delivery, intent and execution.

An enthusiastic Kolkata audience, with whom Shashi Tharoor never fails to strike a chord, sat through in rapt attention during the conversation and at the end of it had many questions for the author.

“Putting the Swachh Bharat campaign on India’s consciousness,” Tharoor said when he was asked about the greatest achievement of Modi.

“Kitabe, which is a multi-city initiative of Prabha Khaitan Foundation. So far, Kitabe has launched over 15  books featuring some of the big names during the past one year. Shree Cement has been supporting literary events across 25 cities in India where novelists, poets, authors - including ones from regional languages, are regularly featured. We are now creating cultural capital in places like London and soon we will expand our literary activities to cover cities like Dubai, New York and others,” said Mr Sundeep Bhutoria of Prabha Khaitan Foundation.