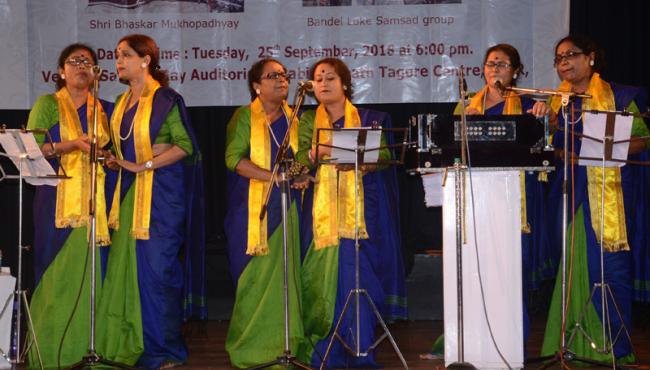 
“It is a privilege to have such talented artistes perform at ICCR Kolkata. It is our endeavour to promote Indian art, music and culture. Classical and folk music is a very powerful medium of expression as we witnessed today,” said Gautam Dey, Director, ICCR.

Bhaskar Prasad Mukhopadhyay, an exponent of classical Indian slide guitar, started the function accompanied by Biplab Bhattacharya on the tabla. 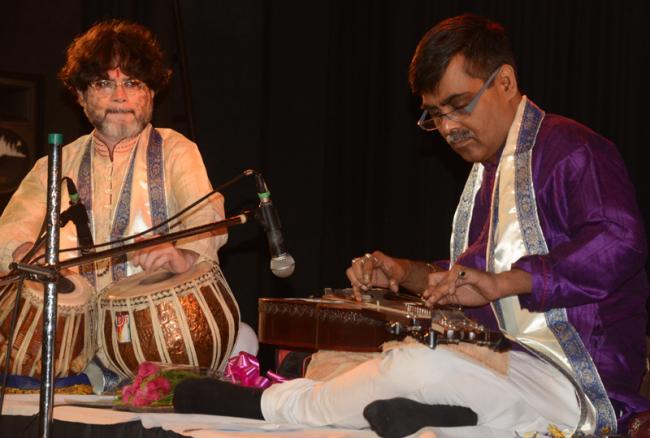 He was initiated into music by his uncle Achintya Mukherjee and received his initial talim was under Pandit Debashis Bhattacharjee of Patiala Gharana. Afterwards, he received a short talim under Dilip Dutta of Shyamchurasi Gharana. Currently, he has been under the tutelage of Suroranjan, eminent sarod maestro of Benaras-Lucknow Gharanas.

Bhaskar is a A Grade artiste in Indian classical music as well as in Indian Light Music in All India Radio, Kolkata. Bhaskar’s style imbibes elements of the different gharanas of his gurus and he also add to it his own individual style. He has performed extensively in India.

“There is music in every heart. But only through intense practice (riyaz) can one become an exponent of shastriya sangeet which is intrinsically linked to spiritualism. Through music one can realise deep spiritual meaning and awareness,” said Bhaskar Prasad Mukhopadhyay on the sidelines of the event.

Pt Biplab Bhattacharya is a tabla and pakhwaj player par excellence and a versatile artiste.

He is also a violinist, singer and a poet. He is a disciple of artist Kanai Bhattacharya (father and guru) and Acharya Shankar Ghosh.

The Group started its opening song with “Keno Peereeti Baraila Bandhu” and presented many other songs from different regions of Bengal. Bandel Loke Samsad started its musical journey in 2003 influenced by the ideas of famous folk singer Amar Pal and follow his style and steps laid down by him. Bandel Loke Samsad collected folk songs from different regions of Bengal and their performances have been covered in various television channels.

“The purity of folk songs make it stand out from other genres and creates a unique identity of its own. We have observed with keen interest the lifestyles of people of Bengal, especially the rural areas, and successfully composed folk songs that reflect the mood of our times,” said a member of Bandel Loke Samsad Group.