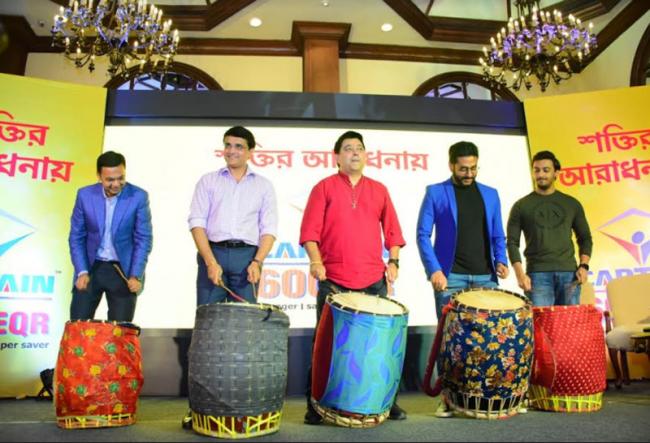 Former Indian cricket captain Ganguly emerges in yet another new role, in a music video

Kolkata, Sep 19 (IBNS): Playing on a different field, far removed from cricket, did not budge former Indian captain Sourav Ganguly from his disciplined approach to a job in hand, said director Raj Chakraborty while regaling the audience with behind the scene stories from the recording of a Durga Puja special music video.

Joy Joy Dugga Ma’ is a music video being released by Captain TMT Bar, a branded product from BMA Stainless.

Said Avinash Agarwal, director, BMA Stainless Limited, "The brand, Captain TMT Bar, has become a household name mainly because we try to produce good quality products. We wanted to do something special for the Bengalis during the puja. So I came up with this idea of music video. I thought of Raj Chakraborty,who then put the entire thing together. Now we are ready to give our customers a grand pujo gift.” 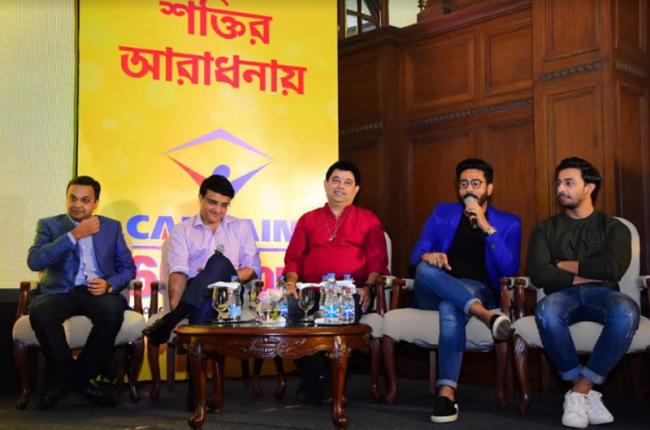 Starring in this Raj Chakraborty directed music video are Sourav Ganguly, who is the brand ambassador of Captain TMT Bar, and Tollywood actors Bonney Sengupta, Mimi Chakraborty and Subhasree Ganguly.

Sourav Ganguly, who was initially reluctant to work in the music video, said, “I have worked for television and advertisements before. But when Avinash texted me a week before the shoot and said I have to dance in a video, I immediately said no. I thought it was a ridiculous idea to have me in a music video." 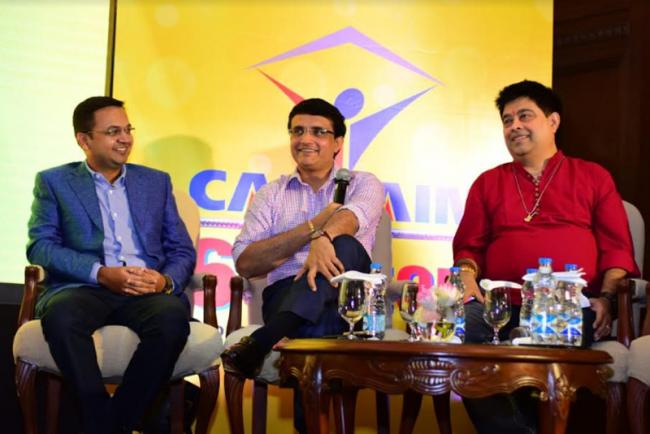 But Ganguly eventually agreed. "During the shoot, I constantly kept on checking the monitor because I had to be aware of what is going on. This was a new territory I was delving into. The experience was good and I am really happy with the product,” he said.

“I have never seen a person who is more disciplined and punctual as him," said Chakraborty. "He was the first to arrive on the set and he checked all his shots on the monitor.

Apparently Ganguly had some trepidation about lip-syncing to the songs. "But did it eventually," said Chakraborty, "he is a very sporting person and his dedication is unquestionable.”

Talking about the song, Chakraborty said, “When Avinash told me he wanted to do something like a music video, I approached a lot of people in the industry. But most refused. Finally, after deciding upon the cast, I approached Jeet da [music director Jeet Ganguly] and asked him to create something lively for the Pujo. Then we started shooting. It was a good experience and I hope the audience enjoys it.”

The song has been written by Priyo Chattopadhyay, shot by Soumik Halder and choreographed by Baba Yadav. 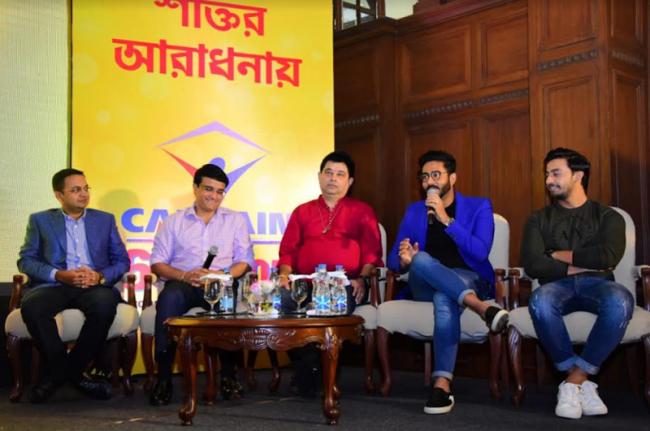 Jeet Ganguly who is both the composer and one of the faces in the song, said, “Shaan, Abhijeet and I, three ‘probashi’ [non-resident] Bengalis put our heart and soul into this song. I was very excited that a brand is doing something like this for the first time and glad that I could be a part of it.”

Bonney Sengupta said, “I debuted with Raj-da.  Still I was both excited and nervous but he made me feel extremely comfortable and I loved the whole process.”

The song will soon be on YouTube and other digital platforms.