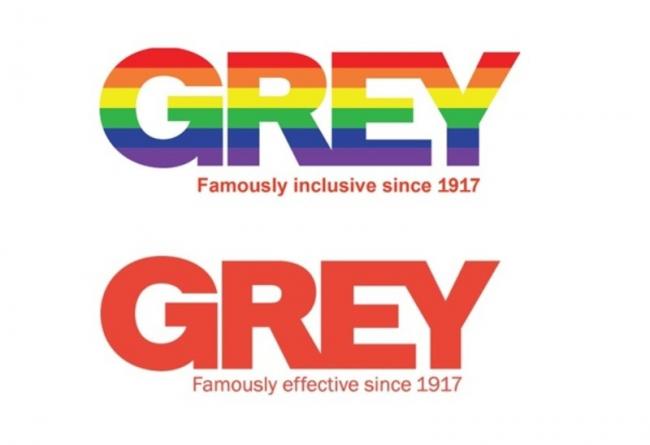 Kolkata, Sept 12 (IBNS): By decriminalizing homosexuality, India celebrated a momentous occasion by including the LGBT community and its rights into the constitution.

Celebrating this spirit of equality after the historic Supreme Court judgement reading down Section 377 of Indian Penal Code that used to criminalise gay sex, GREY group India expressed its support and solidarity to this landmark decision by changing its baseline and adding the colours of pride to its logo.

“It is truly a matter of pride because this decision that rethinks and shapes a culture of inclusivity, has always been at the heart of GREY”, said Yashaswini Samat, Chairman and Managing Director, GREY group India.

Delivering the landmark judgement on Sept 6, Chief Justice of India, Dipak Misra, said: "Take Me As I Am."

A five-judge bench headed by Justice Misra delivered its verdict on whether Section 377 that holds gay sex as an offence in India, ruling that homosexuality is not an offence, adding that two adults of the same sex can now engage in sexual acts without attracting punishment.

All judges concurred on their opinions and their viewpoint was 'take me as I am' and that prejudice cannot rule India. Outside the court and across the nation people celebrated.

The CJI said: "No one can escape from their individualism. Society is now better for individualism. In the present case, our deliberations will be on various spectrums."

"Respect for individual choice is the essence of liberty; LGBT community possesses equal rights under the constitution," the apex court said.

Holding that homosexuality is not mental disorder, the court said: "Autonomy of an individual is important. He or she can not surrender it to anyone"