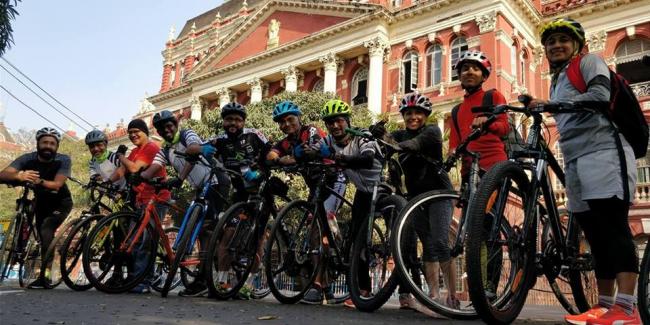 The simple cycle has always been one of the most popular modes of transportation for millions of Indians. But with the rising desire for environmental accountability and optimum fitness, numerous clubs have emerged across the country, encouraging many cycling enthusiasts to take the humble bicycle on a ride for joy. Godhuly Bose takes a closer look at some of India’s popular cycling clubs

Shamik Sarkar of Kolkata tells riveting stories about his adventures on a trans-Himalayan cycling trip that he took recently. The scenic beauty on the old road from Siliguri that goes via Kurseong and Ghum to Darjeeling makes for an excellent cycling trip, he explains. It is easier to ride on it because this road is not very steep in order to accommodate for the slow-moving toy trains that also travel on it.

Sarkar is one of the new generations of cycling enthusiasts who are trying actively to change the image of the bicycle from a poor man’s vehicle to a practical, trendy, and healthy mode of transport. Additionally, it is the right transportation for the environmentally conscious and the athletically inclined. 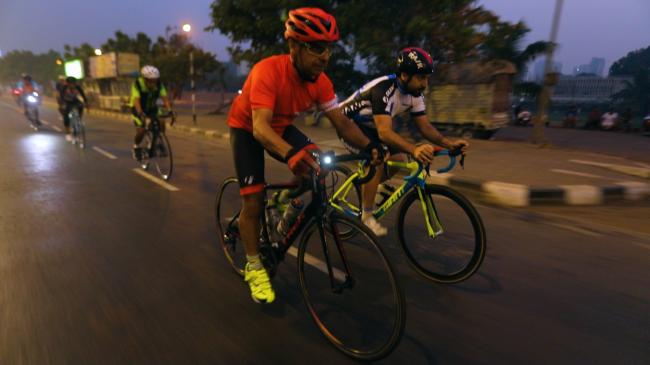 Abroad too, cycling is the new trend. While cities like Amsterdam has always been known a cyclists’ haven, now even high-profile cities like New York has today dedicated cycle lanes running along the main roads. To make a point, recently, New Zealand minister for women and associate minister for health and transport, Julie Anne Genter, cycled to a hospital to give birth.

Sarkar is the joint convener of Kolkata Cycle Samaj, and he often takes trips with friends to far-off places on his bicycle. They have to get a ticket – costing Rs. 100 – to put each cycle in the luggage car of the train, though often they run into hurdles like the booking clerks sending them to agents who charge a hefty Rs. 1000 per cycle. Mountain biking isn’t for everyone, he says, but Uttarakhand is an excellent starting place for enthusiasts who want to give it a try. 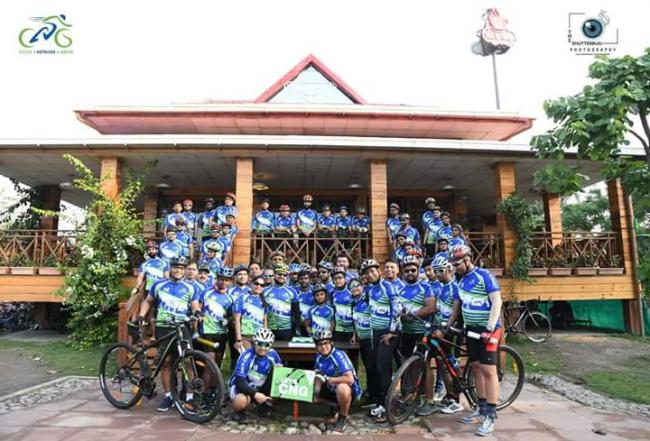 The number of cyclists has greatly increased in the city over the past few years, mostly because of the availability of mountain bikes, road bikes, and hybrids..

What with numerous cycle rallies and riding events being held throughout the country, there is never any dearth of cycling opportunities for enthusiasts. Newer, fancier bikes by luxury brands – both foreign and domestic, have managed to attract a wide range of customers. One can now find such bicycles in India from about Rs 8,000 going up to a few lakh rupees. 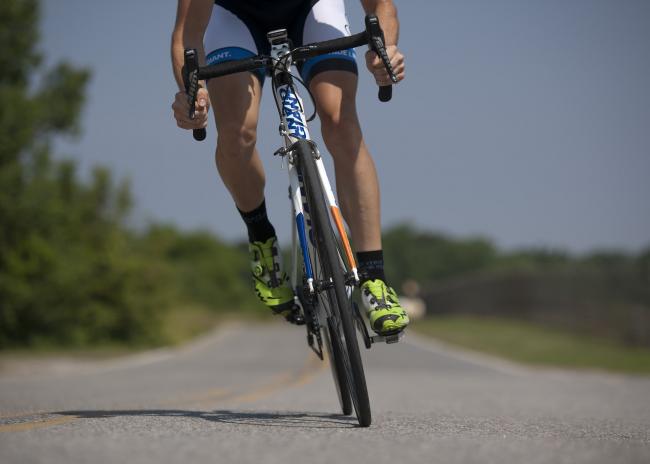 Pulsing Pedals club of  Kolkata has about 70 active members, with cyclists ranging from age 13 to 63. Kunal Guha, the founder of the club, explains that membership is granted through a strict screening process in order to maintain the safety of its many female riders.

Rides start usually by 5 am and the group offers an escort process to the starting point for any new members who might be unfamiliar with the routes. They maintain strict safety standards, insisting on helmets, gloves, and ID tags for every rider, the last containing vital information such as Date of birth, blood group, and emergency contacts.

“Everybody should ride, it’s a very liberating experience,” says Aruna Bhasker, 52, an active member of Pulsing Pedals. She goes on early morning rides with the group that usually ends by 7 pm, and then rides her bicycle to work. 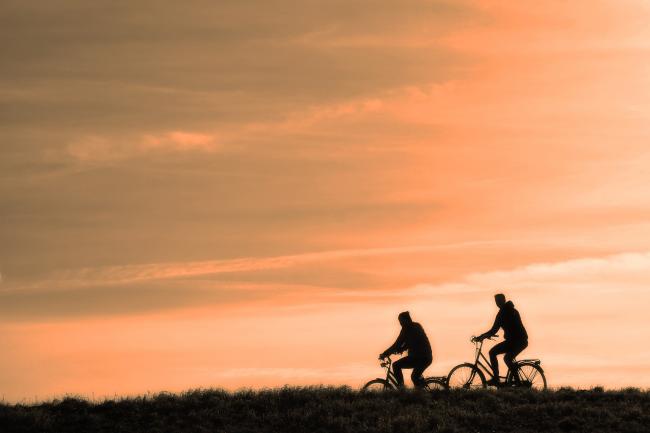 Discover on Wheels (DoW) is another group instrumental in popularising cycling in the City of Joy.

"Our biggest sense of achievement is that we have got many school and college children motivated and come outdoor. DoW always positioned cycling as an ideal outdoor sport and a lifestyle change," says Nishant Maheshwari, one of the founders of DoW.

"One of our DoW member, Anirban Acharya has cycled  the length and breadth of the country and is now soon to embark on a world tour on his two wheels." 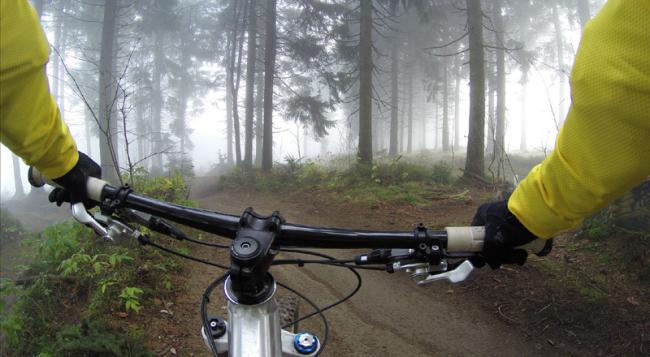 "Recently, a three member team Subhajyoti, Rahul Pasari and Sumanta Rana Gupta successfully completed one of the most challenging ride in an event called Deccan Cliffhanger when they had to complete over 600 kms from Pune to Goa under 30 hrs," he shares.

Mumbai Cycling Enthusiasts is the largest cycling group in India, with approximately 16,000 members. Founded by Sujay Jairaj, it was originally a handful of people that started with Saturday morning rides. Now with thousands of members, they organise daily morning and evening rides, 100km rides on Sundays, as well as country-wide trips. 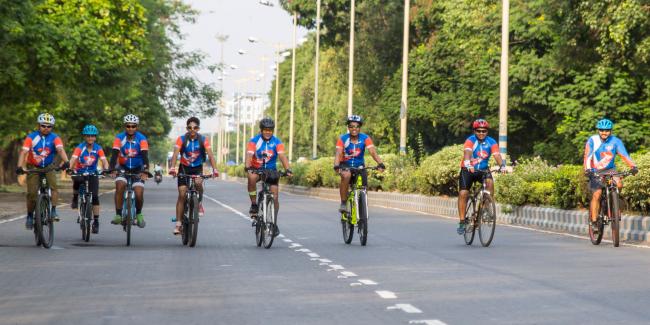 They recently conducted a cycling trip from Srinagar to Khardungla Pass. Says Chetan Shah, administrator of the group, “Our  primary interest is to make a common platform for thousands of cyclists, and to act as a springboard for introducing new people to the joy of cycling.”

Udayvir Borooah, 16, a student from Guwahati, says, “I am very fond of cycling and go out with my friends on holidays to long distances. My longest ride has been to near Nongpoh in Meghalaya, covering more than 70 km. from the city." 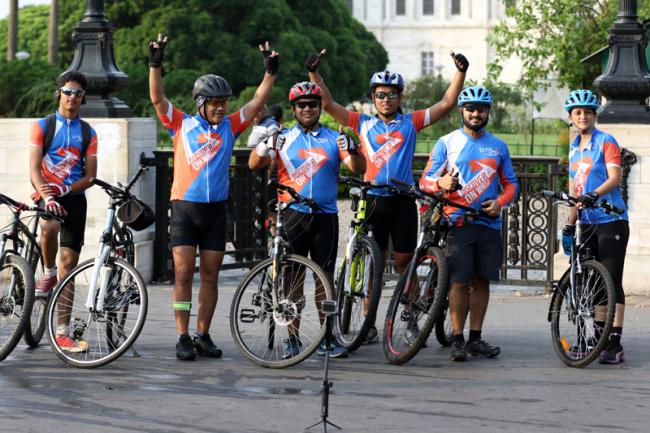 "Recently I, with my friend, explored the beautiful woods off Basistha Chariali junction in Guwahati. In fact, cycling has become quite a trend among my friends. Some of them are members of cycling clubs, though I am not yet, but go out with them often. I guess there are more than a thousand cycling enthusiasts in the city,” he says.

Cycle Network Grow, a multi-city network, organises endurance rides, brevets, and run rides for people aged 12 years and above. With about 500 members, fun rides see a turnout of over 300 people, and endurance rides attract 20-30 members.

ICycle is a startup based in Bengaluru, holding a variety of cycling events throughout the year. Seeking to encourage cycling among young professionals, ICycle offers a variety of bicycles for rent in urban areas, and also maintains a large supply of bicycles-for-rent in popular tourist spots. 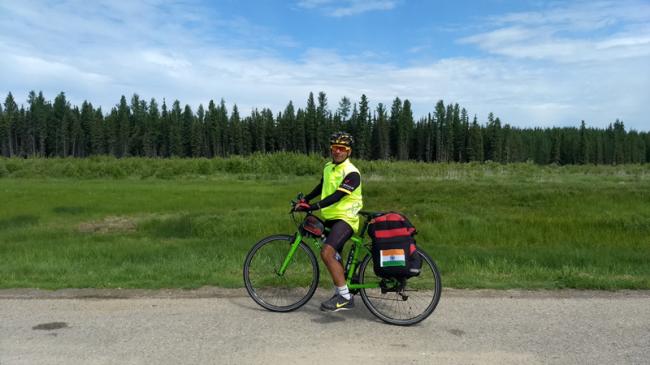 The problem remains, however, in the lack of cycle-friendly roads and the lack of awareness about cycling safety. The Kolkata Cycle Samaj has been campaigning for the installation of bicycle lanes on Kolkata roads, holding rallies, petitioning the government, and intervening with police officers who stopped cyclists on the streets.

Sarkar talks about the need for increased visibility of cyclists in Kolkata, with the necessity of designated bicycle parking spaces in public spaces.

Sarkar explains, “To increase the use of cycles in the city, there has to be institutional encouragement of cycling in the form of incentives for riding cycles to work,  etc”. The same issue persists in Mumbai as well. As Jairaj explains, promoting cycling in Mumbai is a problem since the roads are not very bicycle-friendly, but the group has been trying to encourage cycling to school as an efficient mode of transport.

Cycle groups also want more women to come forward and join them since till now men dominate the scene.

As Nishant Maheshwari of DoW in Kolkata informs: "The sport in the city like any other sport is dominated by men. We would like more and more ladies to get into outdoor sports like cycling. Women are great motivators and they can inspire many more to join in."

Despite the roadblocks, India’s love for cycling continues to grow, encouraging more people every day to use cycles more often for the sake of the environment or even just for fun.