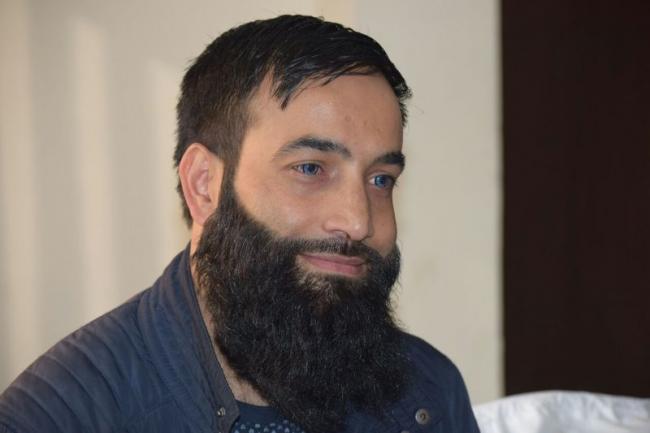 I dream of holding a pride march in Kashmir: Aijaz Ahmad Bund

Unlike other Indian states, LGBTQ community in Jammu and Kashmir did not revel in the joy of the Indian Supreme Court verdict  that decriminalised gay sex. Kashmir has its own constitution and follows the Ranbir Penal Code (RPC), as opposed to the Indian Penal Code followed elsewhere in the country. In an exclusive chat with IBNS correspondent Sudipto Maity, the trouble torn region's prominent LGBTQ activist Dr Aijaz Ahmad Bund opens up about the scene in Kashmir and his dream of holding a pride march in the state.

While, some legal experts have suggested that the Supreme Court verdict reading down Section 377 of Indian Penal Code (IPC) that criminalises gay sex, is valid in Kashmir, others have given out contrasting statements, claiming that only the draconian Section of the IPC was in contention before the Supreme Court and not the RPC that governs Kashmir. Dr Aijaz Ahmad Bund is one of the few and the most prominent LGBTQ activists hailing from the Indian state of Jammu and Kashmir, working in the face of physical threats in a difficult zone.

We are happy that there is at least some benchmark or judgement which has already been delivered- a step towards humanising the LGBTQ community of Jammu and Kashmir has already taken place. If it doesn’t extend to the state, we will be moving a petition to get it scrapped from the Ranbir Penal Code (RPC) as well.

When do you plan to move court and file the PIL?

The very moment when  the confusion regarding the judgement gets cleared, God forbid, if it does not extend to the state of Jammu and Kashmir, we will be moving the petition in the Supreme Court.

Religious extremism is the reason why the LGBTQ community has such limited rights in the state. Do you see it as a threat in the future as well?

Definitely. You need to understand that the LGBTQ community [in Jammu and Kashmir] is living a life with multiple layers- being Kashmiri, being Muslim and living in a conflict zone- so there are three basic layers. I am the only person with a small team and we have been fighting for the rights of this community since 2011. 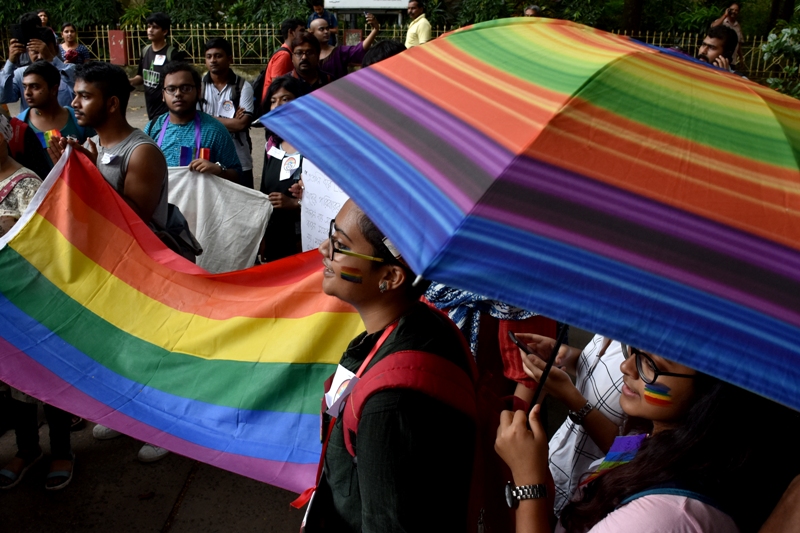 The Supreme Court in India recently ruled that sexual acts between two consenting adults of the same sex is no longer punishable. Image: Rajat Malakar

We have been facing a lot of negativity. We have been threatened as well, and it goes on. The situation here is very different than it is in other places. Like an activist in Delhi faces very little external threat.

Dr Bund, if I may add- Kashmir is largely influenced by Pakistan, which is not too friendly about LGBTQ rights. Do you think it is exacerbating the already fragile state of affairs in Kashmir?

See, it’s not just a problem with Pakistan, it’s a problem with most of the Muslim communities. As far as Pakistan is concerned, though we [Kashmir and Pakistan] share a lot of similarities in the socio-cultural context, Pakistan is relatively more progressive in comparison with Kashmir.

Why do you say so?

You see, women in Pakistan enjoy many rights. When it comes to Kashmir, it is different, most of the ideological stands are shaped by the religion. However, it is not peculiar to Kashmir only. Most of the South Asian Muslim countries share the same practice. People are not really discussing these things. We are yet to begin a discourse- a positive dialogue around women rights- let alone the LGBTQ rights. 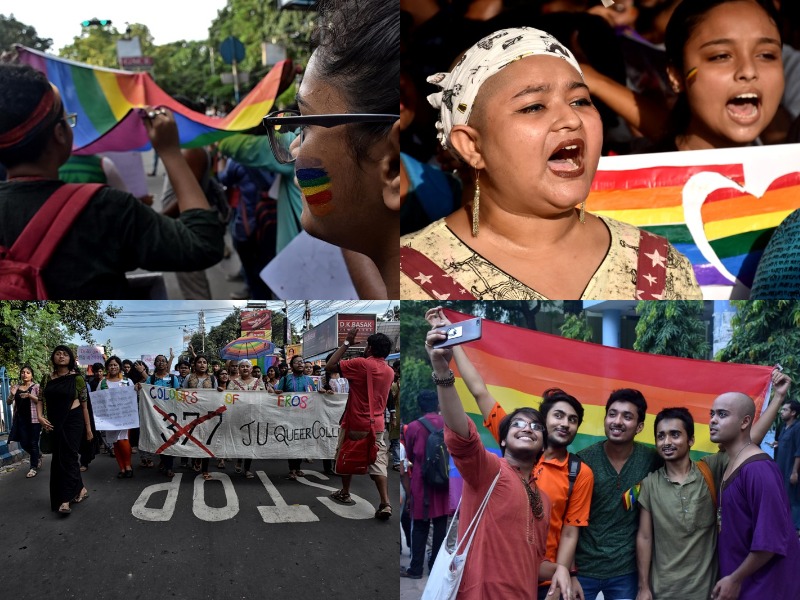 So, are you saying that when the foundation hasn’t been laid out yet, there’s no point harping about the entire structure?

Exactly, like I said. Let there be a discourse about women rights first. There is a movement running parallelly with the LGBTQ movement and being a part of it, we have initiated a discussion. Women rights needs to be talked about in a society which has been in denial about it for a long time.

Dr Bund, when you say society, what do you exactly mean- the Kashmiri society, the Muslim society or the Indian society?

When I say society, I mean the Kashmiri society, which is largely not only conservative but also patriarchal. It is a shallow society. The Kashmiri society is such that women are not actually treated as women. This is the society I’m talking about-my society, the one where I’m living.

Now that the Supreme Court has decriminalised section 377 of the IPC, do you see a hope being a Kashmiri?

Of course! I am very hopeful. You can understand the kind of work we are doing despite facing such negativity and threats. We are doing it. Had we not been hopeful, we would have never done it. As I said, the archaic law, which has no relevance today, when we talk about human rights, has been scrapped from the IPC. You have taken a step to humanise the LGBTQ community by scrapping the title of a criminal, that is definitely a hopeful step. We are expecting that same sex marriages will be legalised very soon in India.

Dr Bund, you are one of the very few LGBTQ activists from Kashmir. Why do you think the state has so few representatives when compared with rest of India?

See, as I told you, the LGBTQ movement in Kashmir is very new. There are so many people who are yet to come out of the closet, because the atmosphere is not conducive for that person to do so. Only a handful of the people have summoned the courage. I know for a fact that if I’m shot, koi nehi niklega (no one would dare to come out) and talk about these things. So, we are maintaining a low profile and also trying to create such spaces where we could listen to the community and provide them the needed space, without them being judged by other people. But, we are yet to begin that discourse. As a community we are yet to claim that space where we could come out. My dream is to hold a pride march in Kashmir. If the Supreme court judgement extends to Kashmir, I’m hopeful, I’ll be able to do that. Dr Aijaz Ahmad Bund started the LGBTQ movement in Kashmir in 2011. He dreams of holding a pride march in the state. Image: Aijaz Bund

What are your thoughts on Kashmiri politicians keeping mum on the subject? They could have played a vital part. But, did they choose to do so intentionally?

Yes, Supporting LGBTQ rights means no votes. Moreover, nothing can be expected from LGBTQ-phobic politicians. Most of them have phobias.

So, there's no political representation of LGBTQ people in the Valley?

Do you plan to fill the void someday?

I am encouraging community members politically as well. If need arises for the wellbeing of my community, I won’t hesitate to join politics.

Hindu priests performing rituals during the Snana Yatra of of Lord Jagannath,Subhadra and Balabhadra 01 Jan 1970, 05:30 am