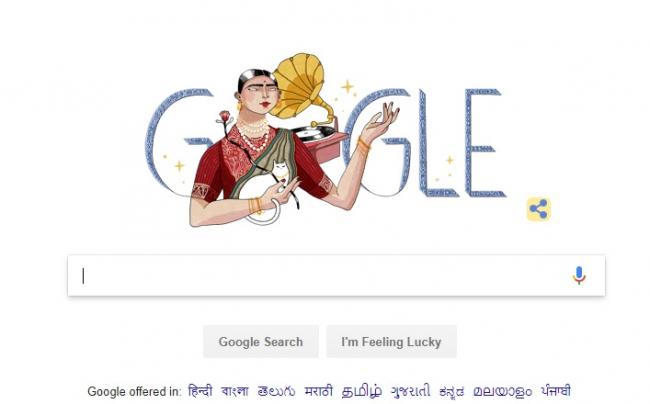 Jaan was the first Indian to record music on a 78 rpm record.

Having recorded more than 600 records in more than ten languages between 1902 to 1920, Gauhar Jahan, who was from Kolkata, is credited with popularising Hindustani classical music such as thumri, dadra, kajri, tarana during the period.

In today's doodle, Gauhar's illustrated avatar could be seen with  her cat, and the gramaphone in the background.