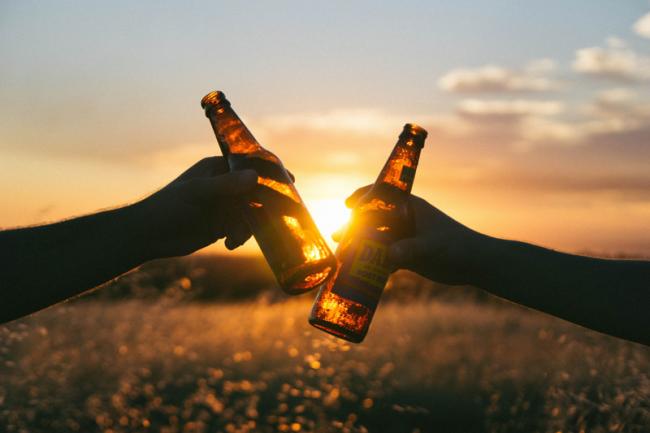 For the love of hops

American pale lager like Budweiser is witnessing a huge popularity among Millennials in India where the beer market is exploding. Edward McKinley and Ellen Cagle in USA  and Maiankini Bose in India report on the trend

At the Boozy Griffin bar in Marathalli, India, Shrikant Raj enjoys one of his favorite beers: Budweiser.

Raj, 28, who works at an analytics firm, enjoys its “clean and crisp taste,” he said. “After, a hard day at work, it really rejuvenates me.”

The scene — familiar in America for the 142-year history of its most popular beer — is now becoming commonplace in this Asian nation of more than a billion people.

Beer’s popularity has exploded there, and Budweiser producer Anheuser-Busch has taken advantage by aggressively marketing it as a high-quality drink to millennials throughout urban areas — a process Ben Verhaert, Anheuser-Busch/InBev’s president in India, called “premiumization.”

“India holds a significant long-term growth potential due to the profound change in the beer-drinking culture,” Verhaert wrote in an email. 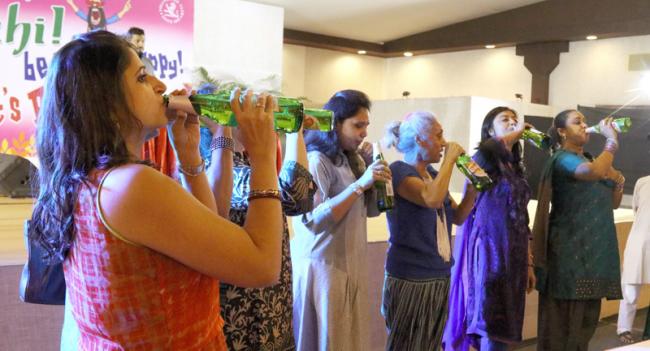 A recent beer drinking competition in India's eastern city Kolkata where men and women seemed to be enjoying chugging bottles of beer to outdo each other. (Image: Avishek Mitra) India’s beer market grew from 500 million liters in 2011 to 2.37 billion in 2015, and by the end of last year it was estimated to have grown to over 400 billion liters — almost a thousandfold increase in seven years. Indians are even starting to adopt an American-style craft beer culture.

Why? India’s fast-growing economy motivated a cultural change, experts said. More people can afford beer, and more are interested in drinking it.

The country is also urbanizing rapidly, and its demographics are shifting — two factors that increase beer-drinking, Verhaert said. More than 19 million Indians each year become old enough to drink legally, he said. And disposable income is on the rise.

Still, there’s lots of room for expansion. India’s current ratio of pubs to people is about one to 16,500. India has only one pub for every 100 in China, despite having a population nearly as large.

Plus, beer fills a need that many other alcoholic drinks do not, said Ignazio Cabras, an economic researcher at England’s Northumbria University and vice president of the Beeronomics Society:

India’s weather is hot, and a cold beer is thirst-quenching and refreshing.

India’s own Kingfisher still wears the crown for the most popular beer in the country — with a market share over 40 percent. But that share has fallen sharply from 55 percent in 2014.

Until recently, there were few other beer options, said Arun George, director and co-founder of the popular Toit Brewpub in Bangalore. Budweiser now offers a choice that comes with an international flair.

Verhaert said Budweiser has grown in India at a rate four or five times faster than its competitors in recent years. Its market share in India rose from about 1 percent in 2011 to about 5 percent today, according to Euromonitor data.

That growth is largely thanks to backing from its parent: AB InBev, the world's largest beer company, Cabras said. AB InBev’s India headquarters are in Bangalore. The company has 10 breweries around the country, multiple sales offices and more than 3,000 employees.

“We are a global company strongly committed to India. We have made significant investments in the country,” Verhaert wrote.

A recent beer drinking competition in India's eastern city Kolkata where men and women seemed to be enjoying chugging bottles of beer to outdo each other. (Image: Avishek Mitra) AB InBev has the resources and manufacturing facilities to provide a consistent, affordable product in large quantities around the country, Cabras said, giving the international brewing powerhouse an edge over regional brewers.

“I think Anheuser-Busch and other big players — they want to target the masses,” Cabras said.

In the U.S., “it's the type of beer that you currently say is for baseball matches. That you go for cheap and that you have at parties where you want to have plenty of people,” he said. But Indians don’t yet have an entrenched view of the brand, so Budweiser has the opportunity to market itself as a premium, American-style beer.

“In the U.S., generations have grown up knowing and consuming our brand,” Verhaert wrote. “But in India our journey is very new.”

Such efforts seem to be wooing customers.

Raj, drinking at the Boozy Griffin, said he prefers Budweiser because he finds Kingfisher “a little strong for daily drinking.”

Verhaert said AB aims to be the No. 1 beer choice for Millennials in India.

As America’s King of Beers takes off in India, the U.S. craft beer craze is also making its way slowly to the East.

Craft beer, made by small, local breweries, has grown popular in the United States since the 1970s. IPAs, or India Pale Ales, are among the most popular types of craft beer in the U.S. (Budweiser is a pale lager.)

The IPA got its name when English sailors brought the beer to India, then a colony of the United Kingdom. Paradoxically, IPAs are considered in India as an American variety. When India won its independence and the English colonists left the country, they took their IPAs with them.

English sailors bound for India were forced to travel to the southernmost tip of Africa — the Cape of Good Hope — before looping toward India. Beers with low alcohol content couldn’t survive the long voyage, so brewers added extra hops. The IPA was born, with its signature bitter taste and high alcohol content.

“And that differs from most commercial beers significantly since it’s a bit more bitter, versus the largest selling beer in the world, lager, which is just as close to water as can be,” said Michael Honaker, a bartender at International Tap House, or iTap, in Columbia, Missouri. 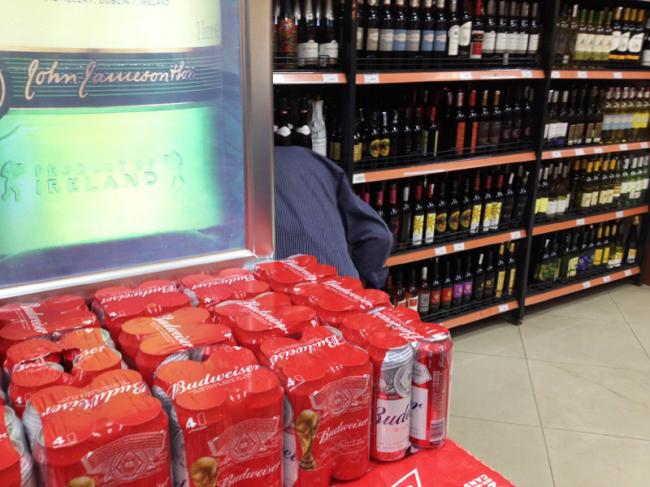 Budweiser cans stacked in Kolkata's Spencer wine shop in South City Mall “People tend to lean towards the IPA just because it’s so diverse,” Honaker said.  “Once your palette finally adjusts to it, it’s like drinking... a strong tea or pot of coffee. You get a lot of bitterness in there. And people just kind of flock to it.”

That’s starting to happen in India, too: Microbreweries began popping up in Indian cities seven or eight years ago. Now, locally-brewed craft beers are becoming more competitive in Bangalore.

“As the average Indian and the average Bangalorean travels more and is exposed to different beer styles, he is now a much more discerning customer who recognizes and appreciates a good beer,” George wrote.

Toit makes its own IPA, George said, with less hops than its American counterparts. Unlike in the U.S., where IPAs can be found at most bars or restaurants, only craft beer brewers in India have IPAs on their menus.

Toit’s most popular beers are its Belgian Wit and Hefeweizens. Customers in Bangalore like the lightness and sweetness of the craft styles, George said, but that’s just among urban citizens.

People in rural areas opt instead for beers that “give you more bang for your buck,” he said.

Indian brewers will begin offering beer from other countries, Cabras said. And then customers will flock toward beer with local ingredients.

Cabras predicted Indian microbreweries will run into a problem: “They cannot market themselves all over the country, so they probably will be very local.”

“The craft beer movement ... will grow in India,” Cabras said. “But it will take a lot of time before big players will lose sleep because of the actions of small brewers.”

Goliath player AB InBev is neither losing sleep nor slowing down.

With more than 400 brands under its umbrella, it’s betting on big growth in India regardless of what small competitors do. It’s even investing in community projects to boost brand loyalty among Indians, such as building roads and providing clean water for rural areas.