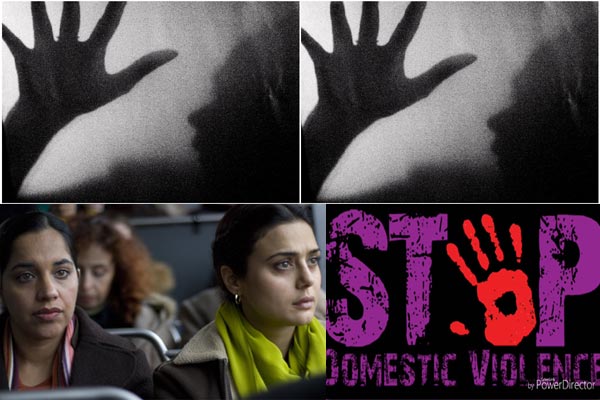 The Fortnight on Elimination of Violence Against Women, mandated by a UN declaration, begins on 25 November and ends on International Human Rights Day, 10 December. Violence against women still continues worldwide, including India, but women are also fighting back, reportsï¿½ Aninnya Sarkar

“When I was almost beaten to death, my broken ribs fought back,” recalls Kaveri, 27, who now lives on a footpath of Kolkata. Twelve years back when she was 15, her parents forcefully got her married. The physical violence by her husband started almost immediately because she couldn’t meet her in-laws’ dowry demands.

Every night was a repetition. “I was beaten with leather belts, my head was banged against the wall,” Kaveri says. One day she was attacked with an iron rod and thrown out of the house. Her neighbours took her to a local government hospital.  After recovering, she went to her parents’ place but they refused to let her live with them and advised her to return  to her marital home. Rather than returning to the hell hole, Kaveri chose the footpaths of the Central Avenue. To earn a living, she now works in a small tea stall.

There are hundreds of Kaveris in India - tortured, killed ,and even driven to committing suicide. But they are fighting back too, struggling for justice.

“In the patriarchal social system, the assumed male superiority and female inferiority is the well canvassed binary that is internalised within the family system. As a result, the master- slave dialectic operates as a normative practice within the traditional households where women are always accepted as physically weak, economically dependent and a reproductive slave,” says Sanjukta Dasgupta, professor of English, Calcutta University.

The violence is not confined to the poor and uneducated section of society alone.

Sikha Talapatra, a Ph.D enrolled scholar and lecturer at Kalyani University, West Bengal, came to work one day with a blue scar on her forehead. After concerned  enquiry by her colleagues,  Sikha admitted that she was a victim of marital rape.

“I am constantly in war with my spouse and facing violence. He wants me to leave the job and settle down as a home maker. But I won’t lose my independence, even if I have to divorce him,” Shikha says emphatically.

Indian law, however, has moved with the times to come to the rescue of hapless women. “Earlier, in the pro-male dominated society there were no rights to give relief for domestic violence. Now things are changing, people are much more educated and these cases are brought to light by filing an application to the court under Section 498A,” says Gitanath Ganguly, an executive chairman of Legal Aid Matters.

Explains  Biswajit Thakurta, a Public Prosecutor in Kolkata: “According to the rules of Supreme Court, under Section 498(A), there are two types of violence recognised- mental cruelty and physical cruelty- so if a woman faces any such kind of violence in her household, she can  immediately go and report to the local police station, the officer in-charge is supposed to file the complaint by doing a thorough investigation of the case.”

Sadly, domestic violence is not restricted to male members alone. It may extend to other female members of the household as well.

Neelam Singh, a nurse from Kolkata Medical College and Hospital talks about    an injured pregnant woman who was accompanied by her mother in law.
“Her face was covered and she was bleeding heavily. When we asked her what happened, her mother-in-law said that she fell down from the stairs.  But when we took the patient inside for private examination, she burst out, ‘What stairs? She has beaten me and now have come to the hospital to check whether the baby is ok or not.”

Ironically, a report in the National Family Health Survey 3 finds that a higher proportion of women compared to men finds wife beating as justifiable. Thus, more than the husband or the father-in-law of the family, the mother-in-law’s hostility also leads to violence.

Swayam, an NGO in Kolkata which extends  legal advice to women finds  that though Section 498A is a critical tool many victims say that it is not always foolproof to get justice.

Abida Begum, a domestic violence survivor shares how her husband used to torture her psychologically by threatening her, using verbal abuses to her because she was unable to bring a  male-child to the family.

But when she went to lodge a complaint at the police station, they refused to note down the report as she failed to show any mark of injury to prove that she was a victim.

But, Thakurta informs, “In case the officer- in-charge of the local police station refuses to write the report , the victim can file a complaint with the Deputy Commissioner of Police or the Superintendent of the police.”

Not being very familiar with the procedure women face other problems, says Gargi Guha, director, Support Service coordinator at Swayam.  “These days   we often hear comments that  Section 498A is misused. But my experience of working with the survivors in the last 22 years is that when a survivor approaches the lawyer to take up her case, he or she doesn’t  explain explicitly the disparity between a civil case and a criminal case, and the benefits they are going to get from it.”

Additionally, “To make the case stronger and presentable, the lawyers often compel their clients to include statements that are at times fake or might have not happened in reality. so when the victim is put in the trial court and the defense lawyer cross examines her on the basis of the FIR report, the woman feels nervous and the case becomes complicated or the accusation becomes false sometimes.”

Another dark side of the patriarchal society is how violence often extends to children. When the father abuses the mother in front of the children, they take this as a practice and instead of sympathising with the mother, they also maltreat her.

Swati Burman, a survivor shares how after suffering brutality in the hands of her husband, she faced the same kind of cruelty from her son .
“I had hoped that when my son grew up, he would support me but since I had no money and couldn’t  to give him any, he took his father’s side and both of them beat me up often.”

Swati gave up hope of ever having  a peaceful home and  started living alone by setting up her own parlour  and slowly built a life on her own.
“It’s quite pathetic to walk out with almost nothing in hand. But it can be done. Because you are walking out with freedom to find  your own self,” says Swati.

Gender sensitisation combined with information on their legal rights can help women looking for justice in a long way. Educational institutions and work places are ideal areas to conduct  workshops on this subject. Many schools for girls have now introduced courses on self-defence which is positive step too.


Image: A still from the Deepa Mehta film Heaven on Earth in which a young Indian Punjabi woman who finds herself in an abusive arranged marriage
Other Images: UN Photo / Gender Violence Posters