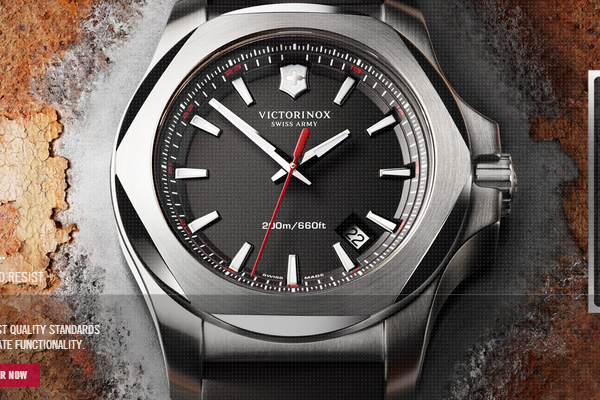 India Blooms News Service | | 22 Aug 2014, 03:40 pm
#Victorinox watches
New Delhi, Aug 22 (IBNS) Karl Elsener had laid the cornerstone in 1884 for a local company which has gone from a cutler' workshop to a global group. The brand name "Victorinox" is a portmanteau word: it combines the first name of the founder's mother, Victoria, with "inox", the international term for stainless steel. The Victorinox "Swiss Army Knife" is legendary.

Twentyfive years ago the watch division of Victorixon was very first step in the diversification of the Victorinox  business. Today. in 2014, Victorinox Swiss Army Watches is launching its new watch as a tribute to the 130-Year existence of Victorinox; I.N.O.X.- a  versatile  timepiece with remarkable characteristic .

I.N.O.X. stands for the solidity of steel and is the quintessence of strength and permanence .Compact, solid and sleek, like the “Swiss  Army Knife” – a “ Companion for the life”

Over and above the qualities to which the company has a duty for every one of its products,  the unique concept and history behind the development of I.N.O.X. bear witness . to the solidity  of the founding family.

Pioneering spirit, Solidarity, deep regional roots, perseverance and farsightedness: these properties have led to the company’s sustained success. In the early years Karl Elsener fought against poverty in the Schwyz basin by giving people works in his culter’s workshop. When he was able to supply the Swiss army with knives it was  groundbreaking.

The company said their products may have changed over the years- but not   values. "This is also true of our various efforts in the environmental arena. For example, the igneous ventilation and cooling concept uses the waste heat from manufacturing to heat the production facilities and 120 surrounding homes. In 2008 Victorinox won the Swiss Environmental Foundation Award," said the company in a release.