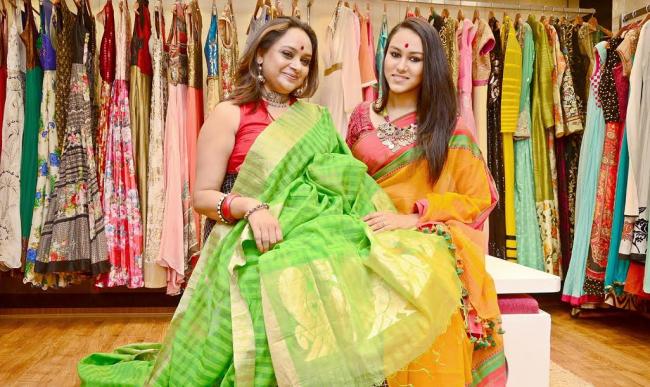 Keeping in mind that in most Indian households, the sari is one of the most defining characteristics of a mother-daughter relationship, a tradition that has survived over centuries, Simayya organised an event titled 'Mothers Drape Daughters' to launch their new line of saris.

The mother-daughter duo pleasantly handled the questions thrown by the guests on the floor regarding how they celebrated Mother’s Day in their own ways.

“I think my daughters celebrate Mother's Day evey second Sunday. In Tollygunge,  there are no shoots on that day.  So I believe that this is a special day, a day when I can devote all the time to my daughters,” said Bidipta Chakraborty. 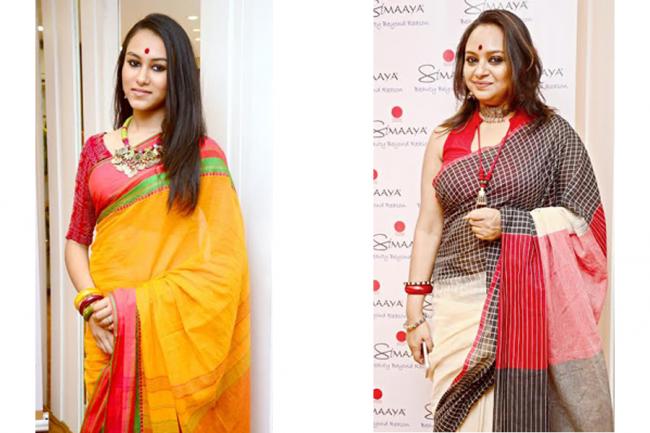 “Ma is in such a profession where we do not get her often. So second Sundays are very special for us,” said Meghla.

Replying to a question on when she started wearing a sari, Bidipta replied, "During Saraswati Puja, when I was a child I wore my mother’s sari and went to school. So i have been in love with saris since childhood. But then I used to love white saris. Now I love colourful saris."

They even regaled the guests with a medley of songs.

Later they explored the Simayaa store admiring the fabrics and the weave of the brand's new line of saris.

“Here at Simaaya, we have both traditional and modern saris that would suit every taste, and would compel any shopper to pick up a few. We believe that every single day is Mother’s Day, and our programme today is aimed at highlighting the sweet mother-daughter relationship,” said Rachit Agarwal, director of Simaaya.