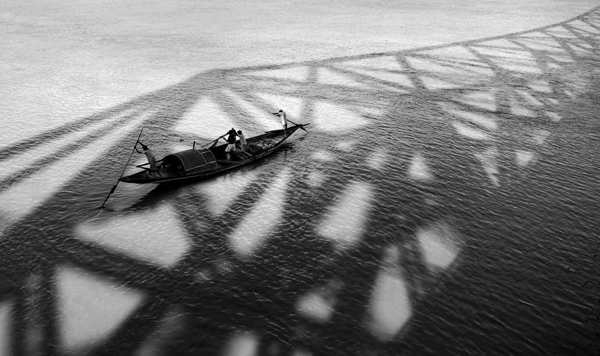 Howrah Bridge: A visual journey through the lens

Trans World Features/IBNS | | 31 Jan 2017, 01:57 pm
#Howrah Bridge, # Victoria Memorial, # City of Joy
Despite the grandeur of Victoria Memorial and many later day installations, the most enduring symbol of Kolkata is perhaps the wonder that is Howrah Bridge, an overpass that is recognised globally to identify the City of Joy and has been celebrated in movies from the black and white era to the modern day Bollywood flicks that do not let go any opportunity to capture the marvel in celluloid canvas. This year, well known photographer Bijoy Chowdhury made it a subject of his annual calendar everyone waits for. The series of 12 black and white images in the calendar captures Howrah Bridge and life around it, in its many splendor. 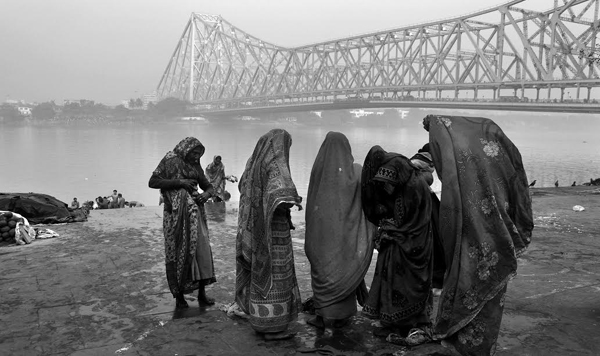 From the innocent frame of a foreign visitor taking a selfie with a tea seller in one of the ghats in the backdrop of the bridge to a solitary boat floating in the Hooghly waters under the mellow afternoon shadow of the imposing cantilevers of the bridge, Chowdhury captures the impact of the bridge on life and its seamless beauty in daily activities.

So in another image it is just the impression of the bridge seen through the filter of a piece of cloth being dried by one of the bathers in the ghats.

In yet other images, the bridge is a mute witness to the myriad activities around it- from the roadside barber shaving a man to pious ablution by the believers-  a group of Hindu women in ghoonghat (headgear) , or just a night bath by a young man after an unforgiving day's toil.

A suspension type balanced cantilever bridge with a central span of 1500 ft. between centres of main towers, Howrah Bridge- which in 1965  was rechristened as Rabindra Setu- is an architectural marvel which is also one of the busiest bridges of the world. 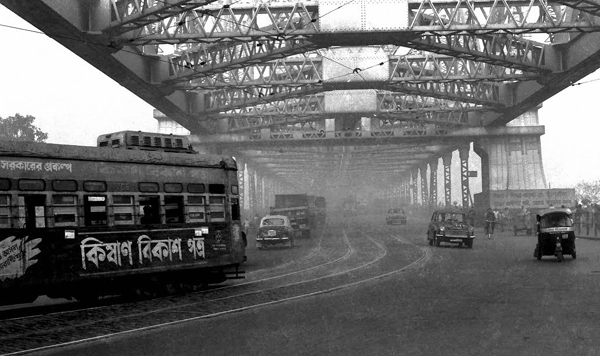 Howrah Bridge is a lensman's favourite subject, needless to say, owing to its design. The bridge does not have nuts and bolts and was built by riveting the whole structure. It consumed 26,500 tons of steel, out of which 23,000 tons of high-tensile alloy steel, known as Tiscrom, were supplied by Tata Steel. 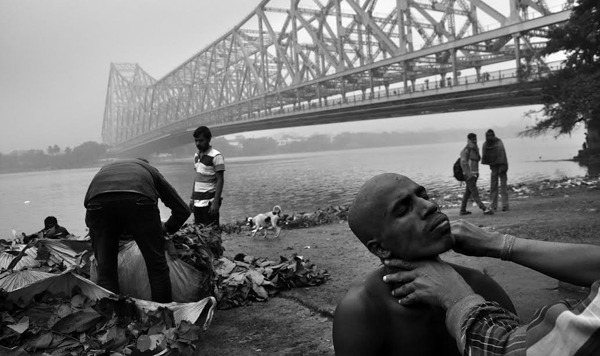 "The monuments are the grappling irons that bind one generation to another " wrote historian Joseph Jonhert about the bridge that has been binding different generations of people crossing the bridge  and has stoically borne the weight of mankind. It was first opened to traffic in 1943. 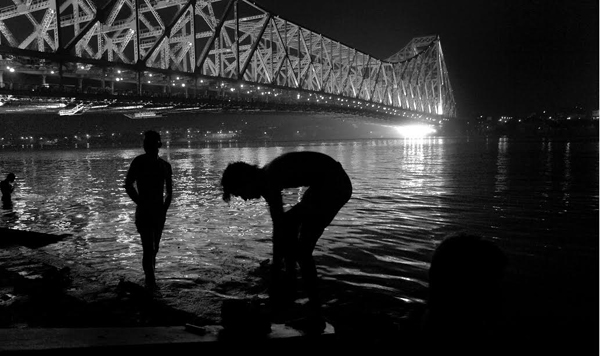 It also connects the bustling city of Kolkata with its main railway terminal Howrah Station, a confluence of two railway zones and gateway to the city for millions.

The bridge was designed in the British era  by James Meadows Rendel.  Across the river Hooghly, its illustrious presence itself has weaved a daily life. 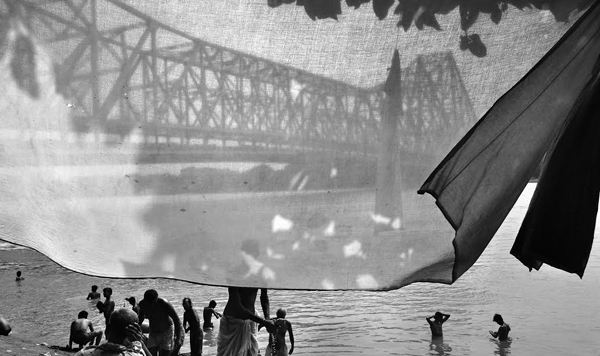 Specially, the environment in the early morning around the bridge comes alive with the rhythmic congregation of flying crows and host of other people to get the divine touch of the holy Ganga incessantly flowing under it. 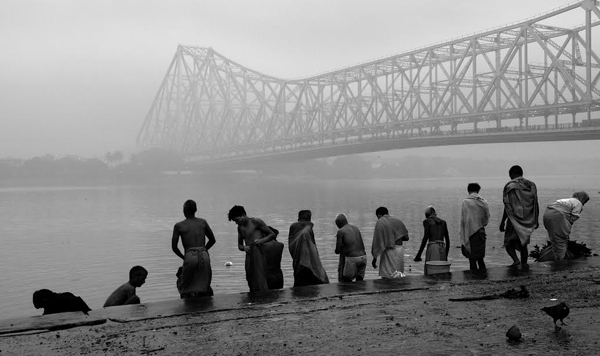 But its grace doesn't end there. At night, this bridge turns magical with the illumination. It is bathed in a tinge of purple and amber.

During Chuwdhury's long photography centered around this city, he had always felt an urge to be associated  with the  public life stretched around this bridge.

"Inspired by this cause, it's my humble attempt to capture this architechtural wonder along with the surroundings that have built around this," Chowdhury says.