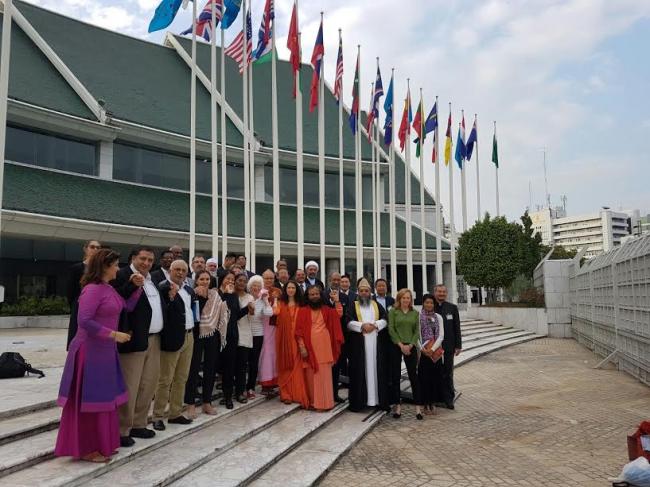 Sri M speaks at the UN meet of Peace Makers at Bangkok, Thailand

India Blooms News Service | | 12 Dec 2016, 04:04 pm
#Mumtaz Ali, #UN, #Shri M
Kolkata, Dec 12 (IBNS): Mumtaz Ali,also known as Sri M, who is a spiritual guide and a social reformer has been invited by the United Nations to participate in the meeting on the role of religious leaders from the Asia-Pacific region in preventing incitement to violence that could lead to atrocity crimes held on Dec 6-7, Bangkok, Thailand.

Sri M recently conducted a peace march in India, the Walk of Hope for promoting peace and harmony, a 7,500 kms long Walkathon from the Southern tip of India, Kanyakumari to the North in Kashmir.


This long walk was conducted under the aegis of the ManavEkta Mission.

The walk started in January 2015 and impacting millions of people from different denominations who came to walk with him and resolved to a peaceful living. The Walk was concluded at Srinagar, Kashmir in April 2016.

Mumtaz Ali was born in a Muslim family in 1949 at Thiruvananthapuram (Kerala, India).

On finishing his graduation, at an age of 19 years, he left for Himalayas for his spiritual quest.

There he lived for many years, and under the guidance of his spiritual teacher, he did an in-depth study and contemplation on comparative religions and their common basis.

He was tasked by his teacher to spread the message of peace and harmony as his life mission. 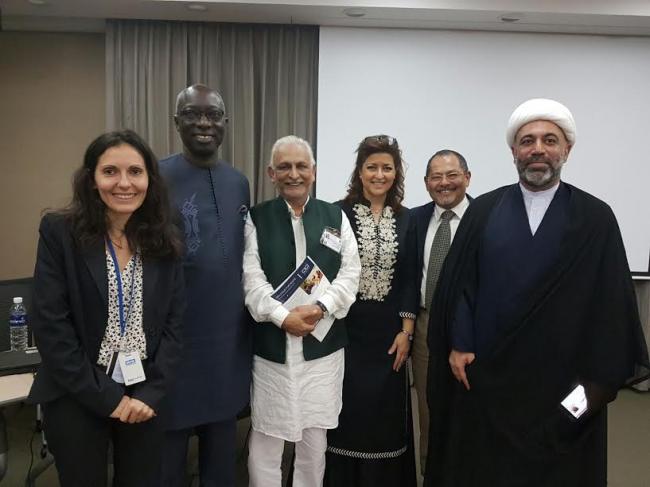 On his return, he mobilised initiatives for the poor tribals and implemented programmes especially focussed on promoting tolerance, non-violence and human oneness.

He is an accomplished yogi who lived in Himalayas and trained in nuances of the spiritual psychology of the orient by his spiritual master.

Mumtaz Ali is also a torch-bearer for peace, communal harmony and tolerance in today's conflict ridden society. He has been striving towards this objective for several years through his numerous social initiatives aimed at the promotion of tolerance and non-violence.

His autobiography, "Apprentices to a Himalayan Master: A Yogi's Autobiography" [ISBN: 978-8191009606] is an international bestseller and has been translated into German, French, Russian, and 9 Indian languages. [Magenta Press http://magentapress.in]

AdamaDieng, Special Adviser to the United Nations Secretary-General on the Prevention of Genocide participated in the International Summit for Peace and Harmony at Varanasi in December 2015 and he took the initiative of conducting the UN Meeting on the role of religious leaders from the Asia-Pacific region in preventing incitement to violence that could lead to atrocity crimes. Indian participants invited include Imam Umer Ahmed Ilyasi President All India Imam Organisation, Bibi Kiranjot Kaur Member (Trustee) Shiromani GurdwaraParbandhak Committee (SGPC), Swami ChidanandSaraswati President PermarthNiketan Ashram, and Sr M President of ManavEkta Mission and the Satsang Foundation.