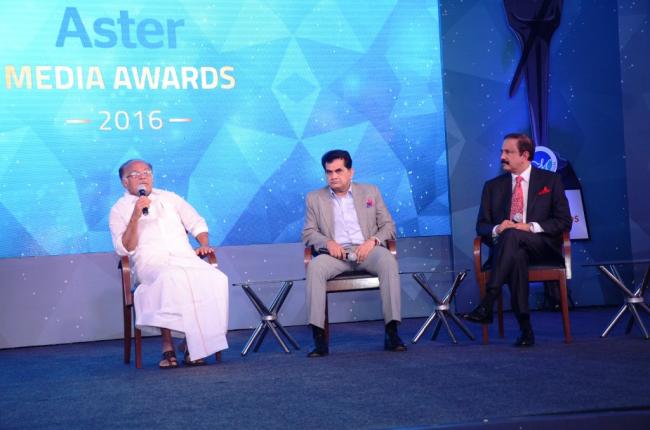 India Blooms News Service | | 14 Oct 2016, 10:28 pm
#Aster Media Awards, #Journalism, #Positivity
New Delhi, Oct 14 (IBNS): Urging the media to play a more constructive role in society, the panelists at the inaugural Aster Media Awards reiterated the immense impact that journalism of the positive kind can have on the nation.

P.J. Kurien, Deputy Chairman, Rajya Sabha said: “Members of the media need to focus beyond the negative and highlight positive developments. Journalists have to work in ‘mission’ mode as it influences people’s way of thinking, influences government and all other constituents.” 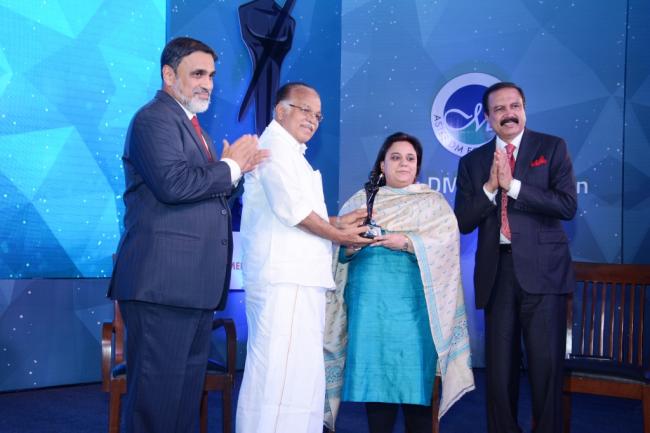 He added that many good speeches and positive discussions in the Rajya Sabha were usually not covered by the media.

Agreeing with Kurien, Amitabh Kant said: “Media, especially television, is focusing on sensationalism and not reflecting the collective views of society. There is plenty of tremendous work being done by start-ups in health sector but it does not get covered well in the media.”

He acknowledged the need for an award like the Aster Media Awards which applauds journalism with social impact. Dr. Azad Moopen said: “There is a need for media to focus on what is required which can be the impetus for change in society.” 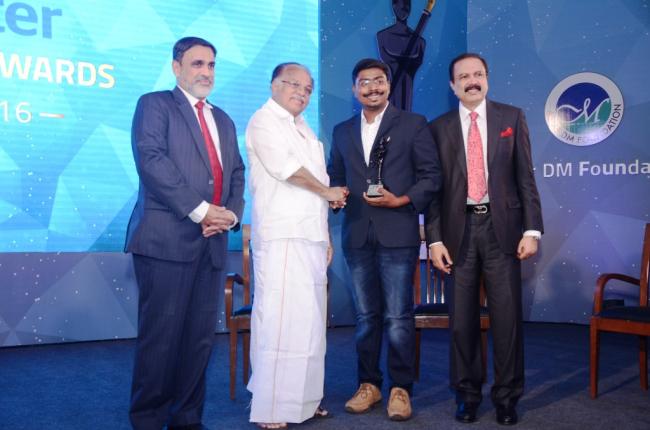 Commenting as part of a panel at the Aster Media Awards ceremony,  Venu Rajamony, Press Secretary to President of India said: “Media educates people, points deficiencies and highlights success stories. It is important to keep media close to healthcare as an ally and this could have a multiplier effect.”

Illustrating an example, Dr. Ramanan Laxminarayan, Distinguished Professor, Public Health Foundation of India said: “More children have been immunized in India than anywhere in the world in the last one year but few in India are aware of this wonderful achievement!” 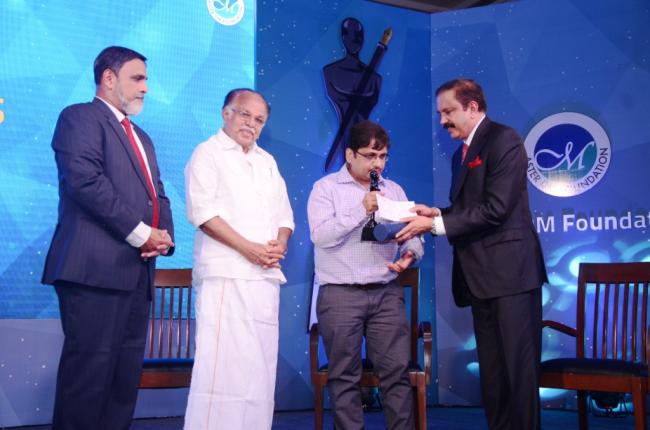 Responding to this concern, Dr. Azad Moopen said: “Technology is a great enabler for awareness. With India’s diverse challenges and remote locations, healthcare can also delivered smartly. In a country where mobile telephony empowered Indians in less than a decade, healthcare services can be dispensed with smart use of technology such as telemedicine.”