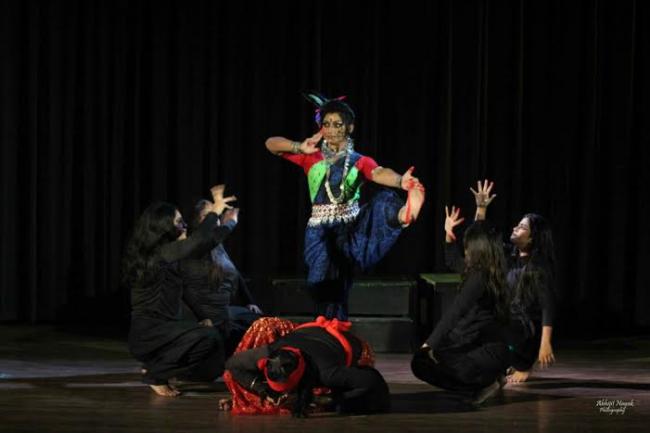 It is based on the famous dance drama Chandalika, and is set in the Odissi dance format, that makes it more unique. Debarati – who plays Chandalika’s mother, is the choreographer of this presentation and she holds a Masters from Rabindra Bharati University and trained by eminent Odissi masters.   She is currently engaged in performing arts therapy and conducts regular classes and demonstrations on the subject for differently abled children. This rendition of the play beautifully portrays the sweet relationship between prakriti and her mother. A relationship where the daughter has her ways to open up but is always guided and protected by her mother to steer her in the right direction.  However, strong and steadfast a mother is, she cannot deny the sobs of her child and that is so beautifully portrayed in the next bit when the story turns. The section where the ghost appears was wonderfully staged with the appropriate music and light arrangement and the dancing ability of the accompanying artistes. 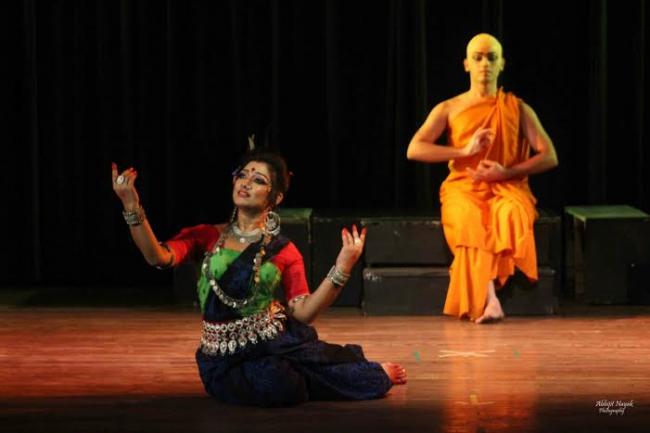 The portrayal of  Ananda – the holy soul, enacted by Swarnabho Sen,  who transforms Prakriti and her mother for good was noteworthy. Overall the production was compact and aesthetically relevant. Apart from Debarati Goswami & Swarnabho Sen; the cast includes Shirsha Mukherjee, Pradipta Chatterjee, Trishita Banerjee played the roles of Prakriti, anuchar and nagini respectively. They were accompanied by Shreya Mukherjee, Atresha Ghoshdastidar and Manali Chakraborti.