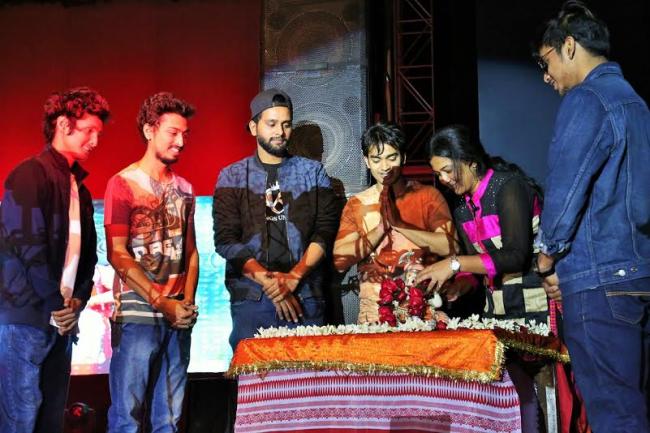 As its second year, the show of Born 2 Dance garnered a huge popularity with fans and dance fanatics all over East India with striking dance performances, brilliant scripted dance timing and theme and above all the connect with the judges.

The participants were not only limited to Kolkata but also include aspirants from various parts of Eastern India including states of Orissa, Jharkhand, Bihar.

There were contestants from other parts of West Bengal like Siliguri. After the auditions there were various rounds like Quarter Finals, Semi Finals followed by a 3-Day of rigorous Grooming Workshop to train the Finalists for the Grand Finale for this level of a tough competition, headed by Sanu Chatterjee and Mohan Pandey of Kings United India and Hardik Rawat, the rubber boy.

Born 2 Dance is the brain child of SAURABH & VIVEK, Fame - DID Finalists 2011 who themselves had been a part of many reality shows and won many of them too.

They have choreographed for celebrities in Reality Shows and Tollywood movies. This event is organized  by Purple Cow Events and Market Concepts.

The winner would be awarded with a Cash prize of Rs. 1 Lakh. The auditions at Kolkata were held on 23rd and 24th Dec.


Winners of the Grand Finale:

Champion of Champions - Anushka Kumari, Mridula Debnath, Sayan Ghosh, Raj Kumar Shikhar, Sanjoy Kanti Dey & Lek Singh Rana and D Strugglers. (All the winners from different categories were declared as Champion of Champions & the prize money of Rs.1 Lakh is being divided between them)