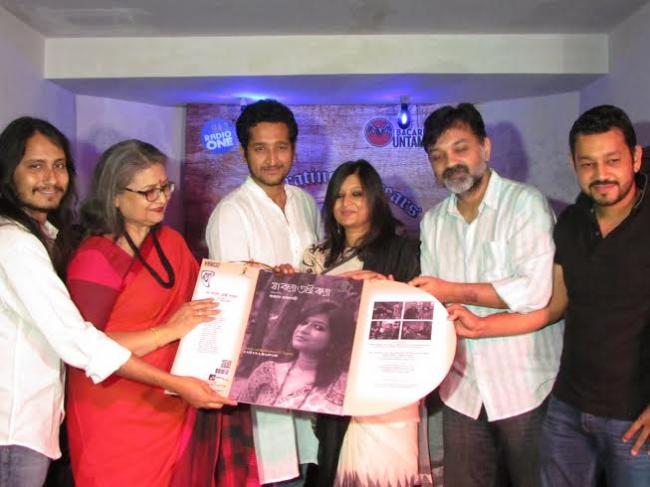 The event which took place in Kolkata's Someplace Else was attended by fans and members of her fraternity. Rabindrasangeet exponent and a guest for the evening, Promita Mullick said, “I am a big fan of Sahana. She has her own unique style and texture which I love and appreciate very much. Sahana launched her first album eight years ago and went into hibernation, but I requested her to come back to the mainstream and I’m glad she did.” “My album consists of twelve songs. It is an honest effort and do listen to it," Mullick said. “Please buy an original CD and avoid piracy of any kind,” she added. Tollywood actor-director, Parambrata Chattopadhay said, “I have been a big fan of Sahana’a work for a decade now, ever since we got to knew each other in the early 2000’s. She always possessed the talent but was never took singing very seriously. I am glad that has changed and if has culminated into this CD.” Sharing anecdotes, Param said, “We used to motivate her (Sahana) by saying things such as ‘I just heard the other lady sing, she just too good’ and Sahana would then sing a song or two just to prove us wrong.” Popular Tollywood film director and National Award winner, Srijit Mukherji praised the singer for the new CD and said, “We, the fans of Sahana Bajpaie now have something to cheer about. I was very excited when she called me up and told me about the upcoming project, very happy that she finally made a comeback.” Eight songs out of the dozen have been composed by Samantak Sinha. Samantak urged people to avoid piracy and encouraged legal downloads and authenticated purchase to the CD.   (Reporting by Sudipto Maity, Image by Subhodeep Sardar/ IBNS)