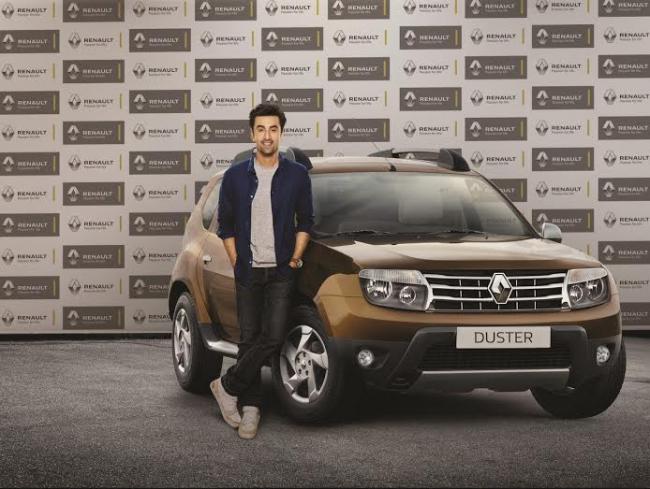 The association marks the union of two iconic brands that are synonymous with passion and innovation, have universal appeal and boast of an illustrious and successful lineage.
Renault is celebrating its fourth year anniversary in India this July and is progressing towards a new and dynamic phase of growth in India. This association will leverage the versatility and legacy of both Renault and Ranbir Kapoor, as he represents the underlying brand promise of Renault: ‘Passion For Life’.

This promise embodies what Renault does best - building cars that are designed around peoples’ lives, with a passion of making them desirable and attractive.

Commenting on this new partnership, Sumit Sawhney, Country CEO and Managing Director, Renault India Operations said “Renault is currently celebrating its fourth year anniversary in India and in this eventful month it gives me immense pleasure to announce Ranbir Kapoor as Renault’s brand ambassador. Being a fourth generation actor who personifies the iconic lineage of the Kapoor family, he ideally portrays a rare blend of talent, class, intelligence and popularity that complements Renault’s legacy and brand ethos which hinges on three pillars – vibrant, forward looking and connected to people.”

Ranbir Kapoor shared, “I have always known Renault to be an iconic and inspirational brand the world over. I am happy to be associated with a brand which is very young, and which has quickly established itself in India, becoming the number one European brand. I look forward to being part of the Renault family and its fascinating growth journey in India.”

Ranbir belongs to one of Bollywood’s most prominent families, with a long legacy in Indian cinema. He has received commercial and critical recognition for box office successes of movies like Rajneeti, Rockstar, Barfi and Wake up Sid and reinforces an image that connects with people across genres.

Renault’s 117 year legacy is based on innovation, which has been a hallmark of Renault throughout its car-making history. For Renault, innovation means introducing features and services that are people centric, addressing real customer needs. The same dynamism is synonymous with Ranbir Kapoor, who has portrayed a diverse set of roles with finesse and cinematic brilliance, in a short tenure.

The partnership with India’s iconic actor is timed with Renault’s next phase of growth in India, as Renault is looking to significantly increase its presence pan India. Together with its product offensive strategy that has been strategically planned to meet this objective, there is also a firm plan to aggressively expand the dealership footprint, and reach 280 sales and service outlets by the end of next year.

With significant steps on product, network and the brand, Renault is truly ready for the next phase of growth in India.