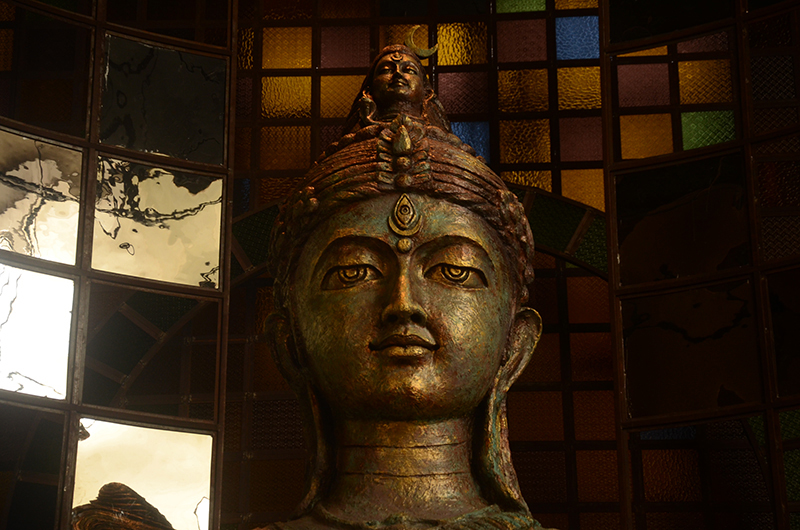 Kolkata: Residents of West Bengal on Saturday plunged into festivities on Maha Shashthi - the first day of the Durga puja - the biggest festival in this part of the world.

Light rain in the evening, experienced in many parts of Kolkata, could not dampen the spirits of revelers.

Decked up in lights and dotted with splendid marquees, the eastern metropolis welcomed its patron goddess with the beats of dhaak (drums) and aroma of incense.

Thousands of men, women and children poured on the streets of Kolkata making rounds of different marquees.

In Kolkata, there are around 2,700 community pujas and 5,000 family pujas. As in earlier years, the organisers have come up with innovative themes, trying to outdo their previous attempts.

The puja celebrations here have acquired a special gloss this year, with the UNESCO in scribing It in its Representative List of the Intangible Cultural Heritage of Humanity.

Shashthi - the sixth day of the lunar calendar - also marked the beginning of the puja rituals.

Kalparamvo (the beginning of the Pujas), Bodhan (the consecration of Ma Durga's idol), Amantran (inviting the Goddess) and Adhivas (sanctifying the stay of the Goddess in the exact spot where the puja is being held) - were performed in community puja marquees and households where the deity is being worshipped with all zeal.

According to the Ramayana, before attacking Lanka in search of his wife Sita, Lord Rama had performed Durga Puja in autumn - a time when the gods sleep, according to the Hindu religious texts.

So Lord Rama had to first wake up the goddess prematurely, and as such the awakening in the autumnal festival is called "Akal (untimely) Bodhan" of the goddess.

However, mythology also states that the Puja celebrates the annual descent of Goddess Durga, the slayer of the demon Mahishashur, accompanied by her four children - Ganesh, Kartik, Lakshmi and Saraswati - on earth to visit her parents.

The goddess, astride a lion and wielding an array of weapons in her ten hands, stays for four days to eradicate all evil from the earth before returning to her husband Lord Shiva at Kailash on Dashmi.