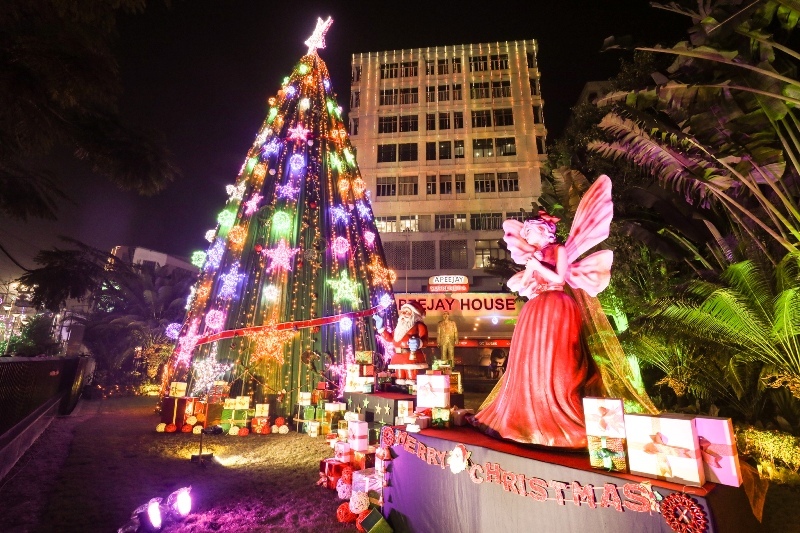 Kolkata/IBNS: This year’s Christmas decoration at the Apeejay House in Kolkata's Park Street lawn has achieved a new ‘height’ with the centerpiece of the decoration being a 50-foot-tall Christmas tree, which is the tallest so far in the city. With a 4-foot start on the top, the tree stands 54-foot tall. It is 30-foot in diameter.

Just beside the giant Christmas tree, a 7-foot-tall Santa Clause and a 7-foot -tall fairy have been placed along with reindeer Dasher, followed by the affectionate Cupid and of course Santa's favourite reindeer Rudolph with his glowing nose.

The installations will be open for public viewing from outside the Apeejay House premises from Dec 23 to Jan 3. 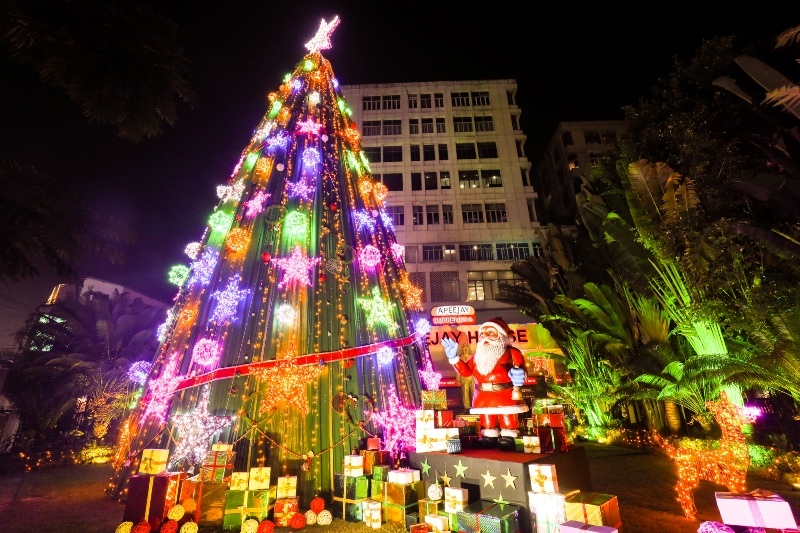 Agriculture Minister Sovandeb Chattopadhyay has ceremoniously switched on the lights of the Christmas décor and inaugurated the same on Thursday.

Traditionally Park Street is the go-to place for Christmas revellers in the city. By the virtue of its location, Apeejay House has remained the starting point of Christmas festivity for those approaching Park Street from Chowringhee Road.

The Christmas tree has 161 big and small stars, 350 balls, 300 bells and 100 gift boxes. Over 12000 LED sparkle lights and more than 1,50,000 led rice lights have been used for lighting up the giant Christmas tree. In addition, to compliment the Christmas decoration of the lawn, the exterior of Apeejay building has been decorated with lights. 25 people worked for 10-days to give shape to the 54-foot tall Christmas tree.

“We have taken all the required permissions and clearances from the state administration for putting up the installation and have the safety measures in place. Park Street mirrors the spirit of Christmas that every citizen of Kolkata is so proud of. We are happy to add another jolly stopover for the Christmas revellers at Park Street,” Mandal added.