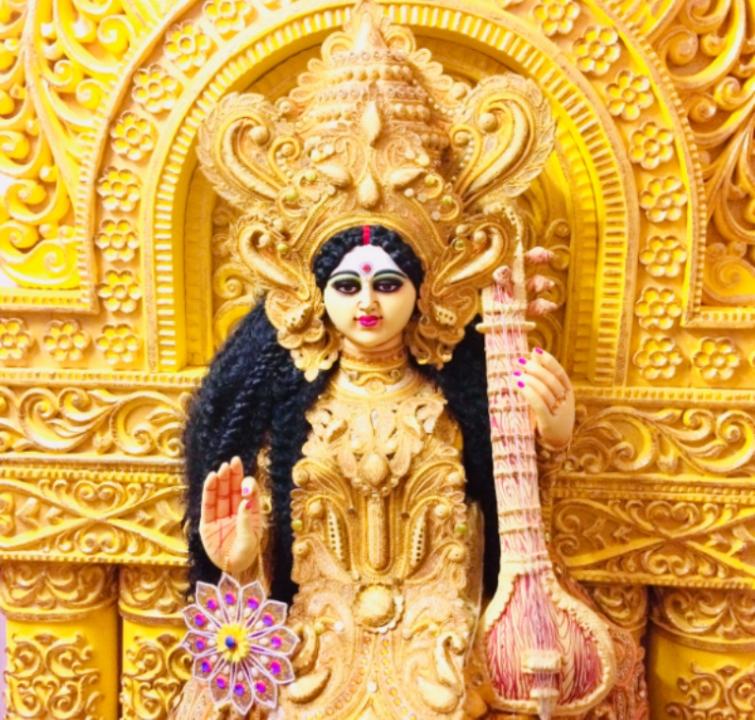 Kolkata/New Delhi: With the winter slowly fading away from West Bengal, people in the state joined in celebrating Saraswati Puja which marked the beginning of the festive calendar on Tuesday.

Prime Minister Narendra Modi wished the nation on the occasion by posting a tweet in Hindi.

This Puja is celebrated to pay homage to the Goddess of education, who is considered by the Hindus as the daughter of Goddess Durga.

It is among the most-awaited festivals for teens, who not only usher in the Goddess in their households or communities but also make the most of the day by hanging out with friends.

Teenagers usually flock at every possible hangout zones and shopping malls especially in Kolkata. Cinema halls are generally spotted crowded on the occasion not leaving behind the long chain of queues witnessed outside the restaurants.However, situation might not be the same this year with COVID-19 pandemic still disturbing normal life of people across the world.

The deity of art, wisdom and culture is worshipped mainly by students across the state and beyond.

From schools, colleges to households, people get busy appeasing the Goddess of knowledge.

Goddess Saraswati is worshipped in various parts of the country in various ways and in different times.

While in Eastern India, which includes West Bengal, the occasion is celebrated in the 'Magha' month (January-February).

It coincides with 'Vasant Panchami' or 'Shree Panchami' which is the fifth day of the bright fortnight of the lunar month of 'Magha'.

In the southern states of India, Saraswati Puja is conducted during the ´Navaratri´ which literally means "Nine Nights".

But the actual celebrations continue during the 10th day, which is considered as 'Vijaya Dashami' or the Victorious Tenth Day.

In West Bengal, people wear traditional outfits on this day. Boys are usually seen in payjama and punjabi while girls don colourful sarees.

Like in every other Indian festival, food plays a crucial role in Sarawasti Puja.

Traditionally, khichdi (hotchpotch of rice and pulses), dum aloo (potato curry) and chutney are served to the Goddess along with various kinds of sweets in several households.