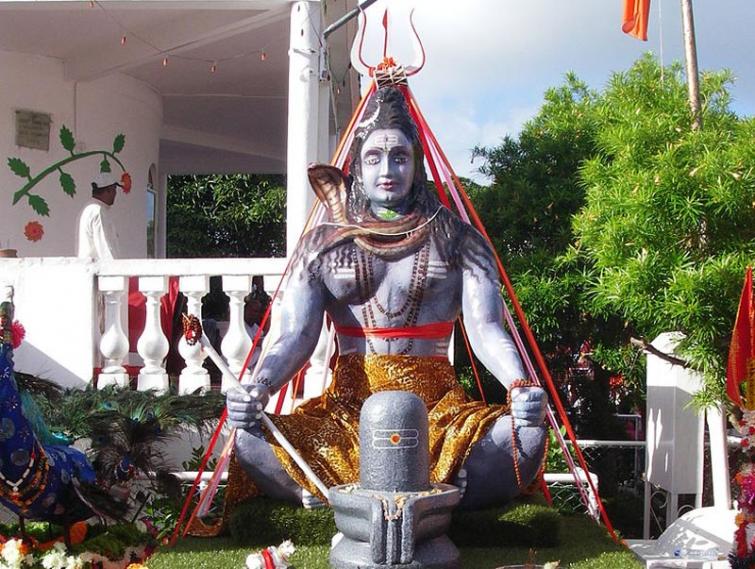 Nashik/UNI: The festival of ‘Mahashivratri’, celebrated every year on the new moon day in the month of Maagha of the Hindu calendar to celebrate the marriage of Lord Shiva with Goddess Parvati, was celebrated with religious fervour and traditional gaiety all over Maharashtra, including the city and other parts of the district, on Friday.

Devotees turned out in large numbers at famous Kapaleshwar, Someshwar and Trimbakeshwar temples and other shrines in the city and offered 'bel' leaves, milk and payers to the ‘Shivling’.

Lakhs of devotees gathered at ancient Shiva temple in the small town of Trimbakeshwar at the foothills of Brahamagiri mountain in the district -- one of the 12 ‘jyotirlingas’ in the country -- since Thursday to witness the ‘mahapuja’ of the ‘lingam’ at midnight.

The ‘shiva linga’ here is not cylindrical upwards but inward like a bowl, which is considered as the unison of the Trinity -- Lords Bramha, Vishnu and Mahesh.

Similarly, thousands of Shiva devotees took a holy dip in Ramkund on the Godavari river and offered prayers at the Kapaleshwar temple in Panchavati area of the city today.

They also visited the Someshwar temple on the Godavari river and sought blessings of Lord Shiva.