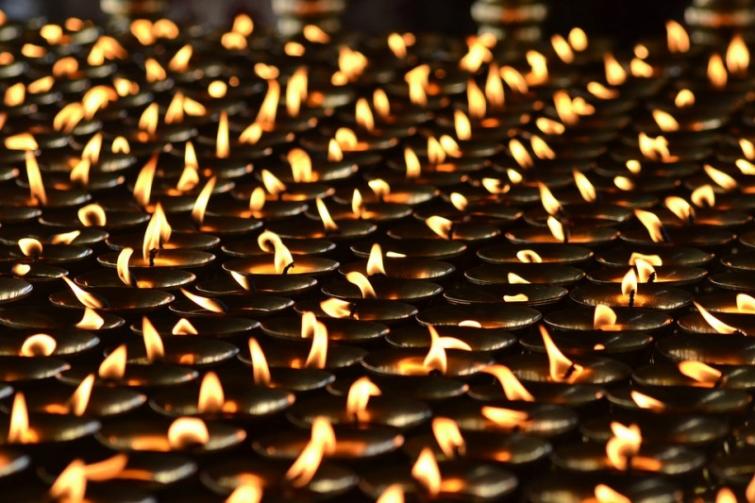 Patna, Oct 27 (UNI) Diwali, the festival of lights which signifies victory of good over evil is being celebrated across Bihar today with traditional fervour and usual enthusiasm.

Brisk sale of small idols of Goddess Mahalaxmi and Lord Gandesh, firecrackers, sweets, serial bulbs, decorative lamps and clay lamps (diyas) is also being reported from across the state.

People including a large number of ladies also thronged temples and offered special poojas to deities particularly to Mahalakshmi, the Goddess of Wealth.

Business people also open their new account books on Diwali after performing poojas to Mahalakshi in their tastefully decorated and illuminated shops.

Despite rush of shoppers at various market places, it is a ‘quieter’ Diwali this year. Firecrackers are being burst in a lesser number in comparison to the last year as the sound of “atom bomb and rocket” blast is few and far between.

Growing environmental awareness, anti-fire cracker campaigns run by a number of schools and emphasis on saving hard-earned money are seen as main reasons for less bursting of firecrackers.