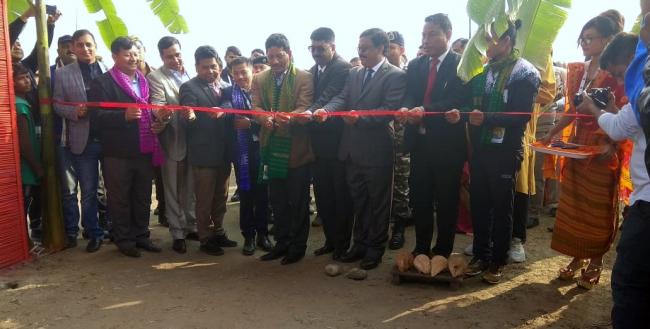 The 3rd edition of the festival was inaugurated by Assam minister Rihon Daimary. He said the festival has set a benchmark for itself.

“We have people coming from all parts of the country as well as from abroad.  In the coming years, we aim to make this festival and Aie River a tourist hub for the nation,” the Assam minister said.

The festival will continue till January 7.

The day began with a marathon race from Chapaguri to AIE River which was flagged off by International Boxer and Arjuna awardee L.Sarita Devi.

It was followed by the inauguration of Food stalls by Assam tourism minister Chandan Brahma.