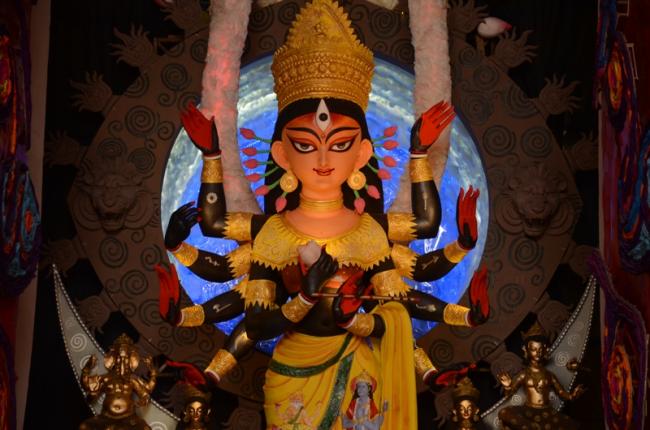 Kolkata, Oct 17 (IBNS): The mood of festivity has gripped Kolkata as pandal hoppers thronged the streets of the city to be a part of the Durga Puja celebrations on Maha Ashtami evening on Wednesday.

The day began with devotees performing the 'pushpanjali' (prayers with flowers) to the goddess, one of the much-awaited moment of the festival for all Bengali Hindu people.

Thousands of devotees offered their prayers to the Goddess in empty stomach at various marquees (puja pandal) across West Bengal. 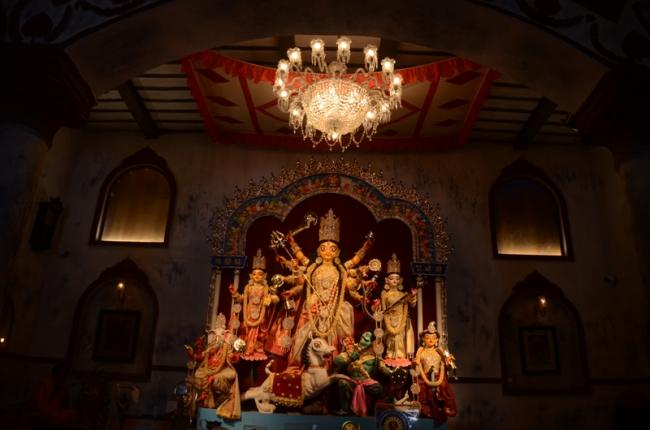 Devotees clad in traditional attires assembled at the 'pandals' to offer their 'pushpanjali' to the goddess.

According to old beliefs, all prayers are answered by the Goddess on this day.

The ritual of 'pushpanjali' was followed by an aarti with five-lamps, incense sticks, flowers and other puja items. The pushpanjali this year was soon followed by the 'Sandhi' puja.

But it is not only the 'pushpanjali' that make Maha Ashtami all the more special; rather it is the custom of 'Kumari Puja' which is the real point of attraction on this day.

During the 'Kumari Puja', pre-pubescent girls are worshipped as incarnation of Goddess Durga. 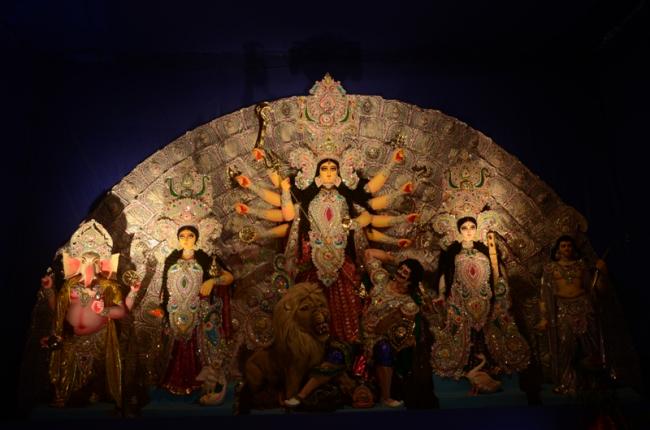 It is considered that the ritual is performed to appease the Goddess who controls shristi, shthiti and vinash (creation, stability and destruction) of the universe. 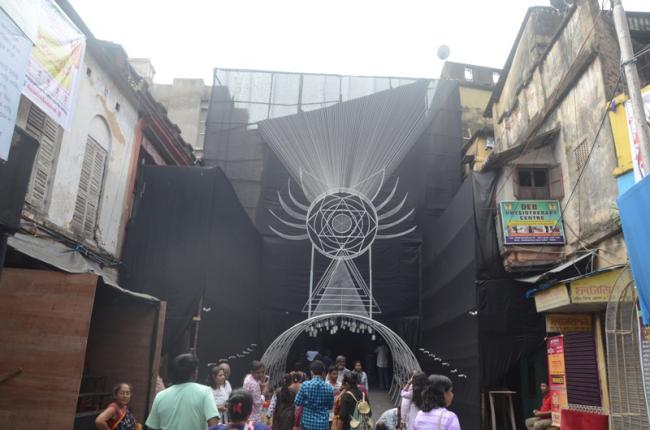 With just two more days left for this year's festival to draw its curtains, people in huge numbers joined the mood of celebrations on Wednesday as thousands of  them thronged the streets of Kolkata in the evening as they tried to visit the popular Puja pandals in the city with their friends and loved ones. 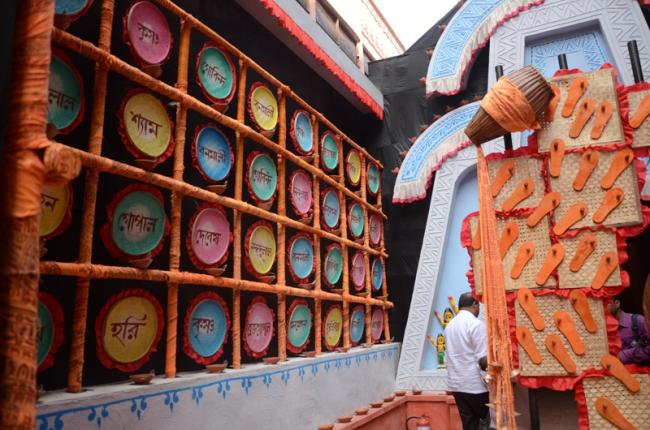 Greetings on the auspicious occasion of Durga Ashtami. May Maa Durga fulfil everyone’s aspirations, further the atmosphere of joy and eliminate all evil from our society.

Have a blessed Durga Puja! pic.twitter.com/gEo6Fw8URW

Meanwhile, wishing people on a special day, Prime Minister Narendra Modi tweeted: "Greetings on the auspicious occasion of Durga Ashtami. May Maa Durga fulfil everyone’s aspirations, further the atmosphere of joy and eliminate all evil from our society. Have a blessed Durga Puja!."