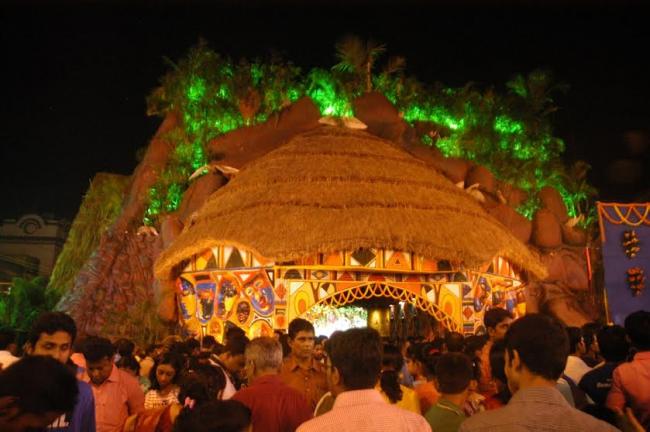 The inauguration was held in the presence of Sudip Bandyopadhyay, Member of Parliament;  Dinesh Bajaj, Chairman Md. Ali Park Durga Puja; MA Zhanwu, Consul General of China & many others.

The theme of this year's pandal is 'African Safari'.

Pramod Chandak, General Secretary of Md. Ali Park Durga Puja said, "Our main goal is to set an example of unity in diversity by organizing Durga Puja at Md. Ali Park. This can only happen in India and every year we all strengthen our unity spirit by celebrating the puja of Maa Durga in a huge manner."