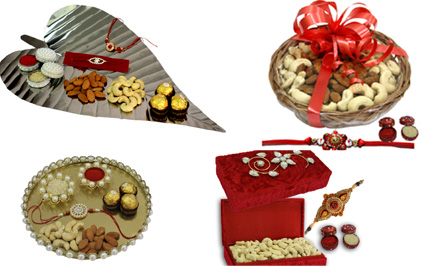 Raksha Bandhan, a Sanskrit word literally translates to ‘The Knot of Protection’ in English, a special day for siblings observed mainly by the Hindu communities of India, Pakistan, Nepal and Mauritius.

It is believed that the Rajput queens initiated this ritual by sending knotted strings to princes and rulers of neighboring states as a symbol of sororal care and received protection in return.

Prime Minister Narendra Modi took to Twitter to convey his wishes to the citizens.

The President of India posted two messages, dedicating it to the celebrations.

Over the years the celebrations of Raksha Bandhan have transcended barriers and have taken a major form, it is a practice now, followed by many around the world.

The Nobel Prize winning Indian poet, Rabindranath Tagore used the Rakhi to foster bonds between the Hindus and Muslims.

He urged people to unite and fight against British oppression prevalent in India during the British Raj.

Raksha Bandhan is celebrated nationwide in diverse manners and forms.