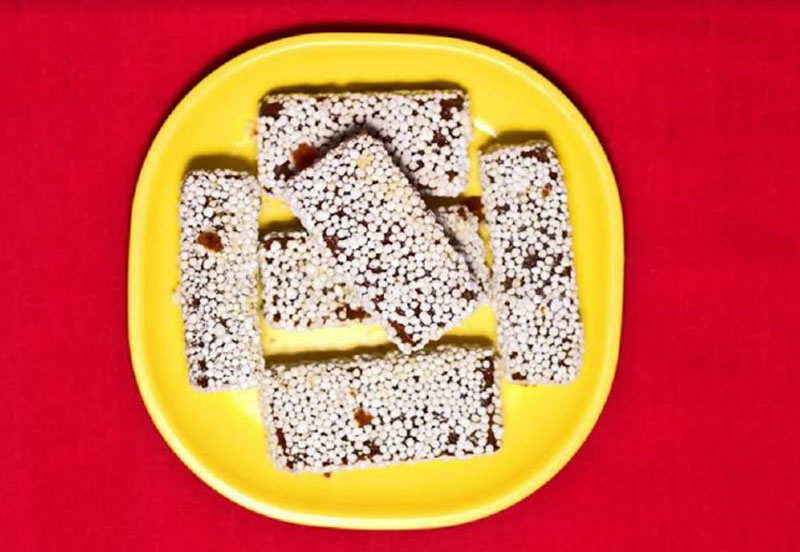 Uttarakhand’s delectable Bal Mithai is a favourite with sweet lovers

Kolkata: The ongoing India International Trade Fair in the Capital is featuring a classic sweet from Uttarakhand and it is winning the hearts of sweet lovers. Bal Mithai, Uttarakhand’s sweet speciality is one of the oldest sweets in India.

Termed the ‘State sweet of Uttarakhand’ Bal Mithai has a rich cultural history and has been widely mentioned in the texts and folklore of the state.

This sweet from the Kumaon region of Uttarakhand is sometimes also referred to as Kumaoni chocolate because of its dark brown colour and fudge-like taste.

In fact, this sweet has gained so much popularity that recently, the Union Ministry of HRD facilitated the exchange of sweets between Karnataka and Uttarakhand. Karnataka gifted its popular sweet Mysore Pak to children studying in govt schools in Uttarakhand while students in Karnataka govt schools got a chance to taste Bal Mithai.

Bal mithai enjoys huge popularity in almost all districts especially in Almora, Nainital and Haldwani  Over time, the original version of Bal Mithai went through some changes and its current version is attributed to Lala Joga Ram Shah of Almora in the late 19th century. Incidentally, it was the most demanded and loved sweet by the British during Christmas.

Lala Joga Ram Shah family of Almora discovered this sweet in the late 19th century. Harish Lal Shah of the 5th generation of this family is still in this business.

Like many popular sweet shop brands, the shop that is most popular for Bal Mithai is Kheem Singh Mohan Singh Rautela Sweets on Mall Road, Almora and this shop has been around for more than a century.

Bal Mithai is prepared using roasted khoa. The process begins by making khoa, by drying milk till it evaporates and turns into a solid mass. Thereafter, caramelised sugar syrup is added to it for that extra dash of flavour. The hot mixture is left overnight to cool and finally coated with white sugar balls (a mixture of Poppy seeds powder and sugar). The result is, a chocolaty taste where every bite is crunchy, soft and easily melts in the mouth.

Some Interesting Facts about Bal Mithai

•          It is one of the favourite sweets of former PM Rajeev Gandhi and today, PM Narendra Modi.

•          Ace Badminton player Lakshya Sen gifted Bal Mithai to PM Modi, who thanked him for this gesture, in a Twitter post

These days, tourist Rest Houses and Homestays in Uttarakhand serve Bal Mithai with hilly recipes, to tourists from the country and abroad.

So if you are planning a trip to Uttarakhand then tasting this local mithai should be a part of your list of things that you should do while holidaying there.