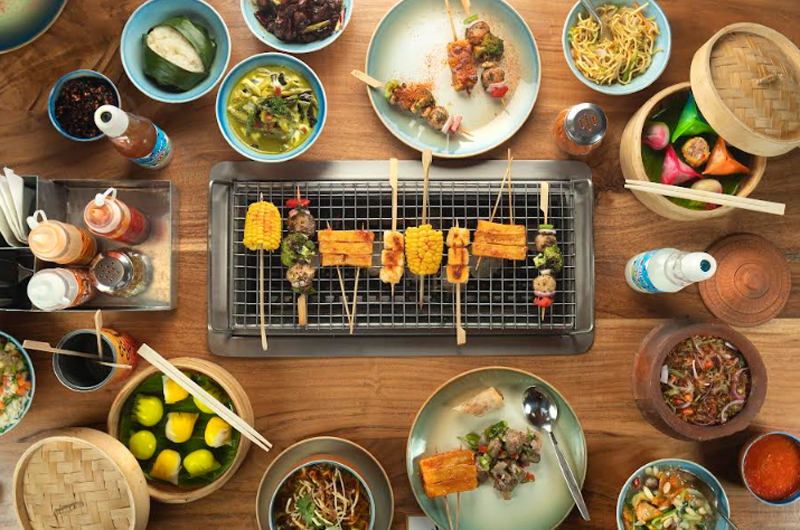 As I walk up the flight of stairs fresh aroma of spices overpowers my senses. I pause and inhale…I am trapped in the ‘essence of deliciousness’. Asia! Asia! Asia!— is, perhaps, India’s first Asian table grill restaurant that opened its doors as recently as March 23, 2021. Located in Sector V- Salt Lake, Kolkata, this restaurant has brought together an exotic blend of Asian flavours as a gift to the city connoisseurs. The experience of dining at AAA is truly overwhelming.

Abhimanyu Maheshwari, Founder & CEO, Zing Restaurants (promoters of several f & b brands in Kolkata), said, “AAA is an ode to Asia. Anyone who is looking to experience Asian food, it is here that they’ll get it. Our ever-changing menu will allow our patrons to move beyond Chinese and relish the delectable unlimited buffet spread that we offer at an affordable fixed price. It is basically Asian street food that we want our guests to enjoy.”

The experience of dining at AAA is truly overwhelming. Along with the food, the décor has richly drawn upon the Asian street food culture. “We travelled extensively across several Asian countries minutely observing the street food culture which we have tried to translate through elements in our décor.” 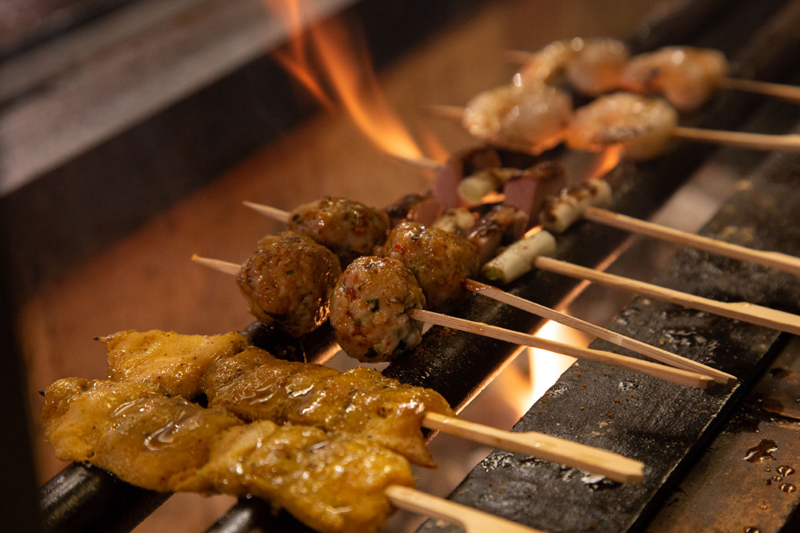 Asia! Asia! Asia! has taken upon itself to take one on a gastronomic tour of Asia in an indoor space sprawling across a 3500 sq. ft. area. This 111-seater outlet is designed to emulate the bustling, chaotic and action-packed streets of Asia. From Japanese teriyaki stalls lined across the streets to the aroma of pho in Vietnam, AAA literally takes you on a culinary adventure, sans the passport. The wall graffiti, interesting murals and colourful signages, have all been inspired from the various legendary streets of Asia.

It was a delightful experience that I had in Asia! Asia! Asia! First, I was served The Chicken Miso Soup, which gave me an insight into what I was to savour. The variety was a surprise! The soup was accompanied with seven types of starters including Neon Dim Sums, followed by on-table grills that included Fish in Banana Wrap, Chicken Satay, Pork Satay and Teriyaki Meatballs, plus I  sampled Fragrant Dim Sums followed by Steamed Rice, Chicken Thai Coriander, Sliced Chicken in Black Bean Sauce and Yakitoma—Japanese Style Noodles. And, there were the desserts—Mochi Ice-Cream and Dorayakis. I came back satisfied but craving for more! 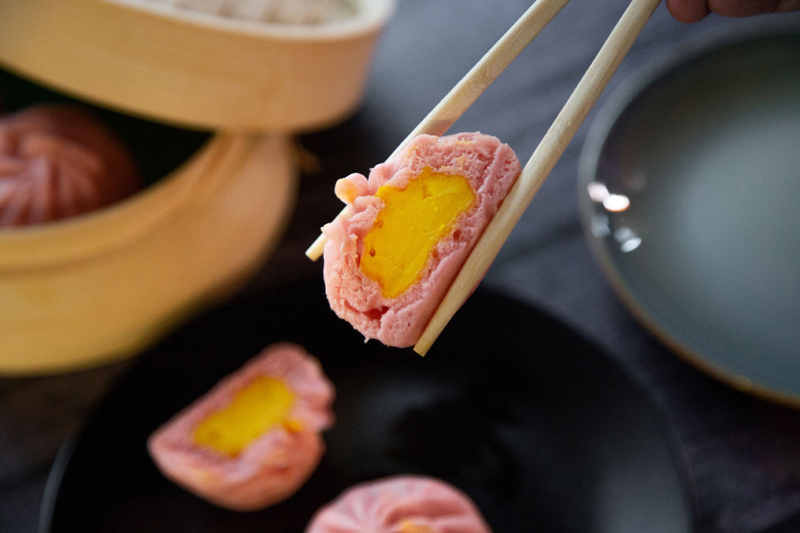 There’s no doubt that Asian streets are teeming with flavours and aroma, and one of the key aspects of Asian food across major Asian cities is the iconic street grill; a hot favourite with the crowd, be it local or touristy. Thus it was only apt that each table at the restaurant should have its own personal grill. The on-table grill allows the guests to cook their own skewers. The skewers are partly cooked on the live Robata Grill, and then finished on the table grill, by the guests. A fun activity for big groups! Additionally, there are sections carved out in the restaurant which are dedicated to smaller private parties.

The street food’s origins are humble: arising from a need for affordable, filling, convenient and tasty food that comes from life in Asia’s crowded cities. The street food culture of Asia was, perhaps, established by the coolie workers imported from China during the late 19th century. Ramen, originally brought to Japan by Chinese immigrants about 100 years ago, began as a street food for labourers and students. However, it soon became a "national dish" and even acquired regional variations. 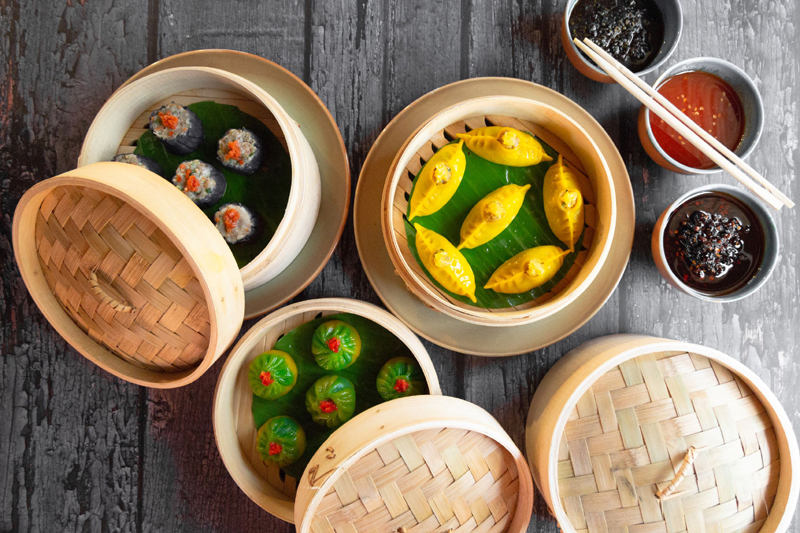 Cuisines often reflect the histories of the places they come from, and Asian food is no different. Historically, there have been three key trends that illustrate the historical inter-connectedness of this region to other places in the world. The first is Sinicization of food –China, has had a large influence on food all over the region through the import of ingredients such as soy sauce and tofu, as well as noodles. Techniques such as stir-frying likely also originated from China.

Similarly, Indianisation of food is most evident through coconut-milk based curries popular in Burmese food. The third, most recent wave of influences comes from European colonisation, with each European country leaving its mark on the food cultures of their colonised countries, and in many cases vice versa. For example, the distinctive Bánh mì incorporates the French baguette and Vietnamese meats and vegetables, similar to the Roti john of Malaysia. Perhaps the most distinctive contribution that Europeans brought to Asia’s food culture was the chilli pepper from Central America, which replaced many local spices as a source of the “hot” taste. 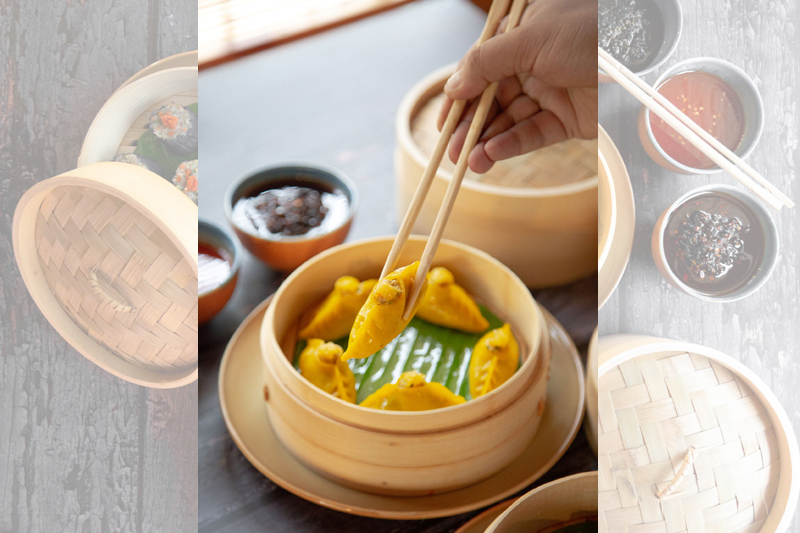 Asia! Asia! Asia! has captured the mood and essence of Asian street food. Visit this new kid on the block for the unlimited skewers, stay for the widespread buffet that includes an array of aromatic and rustic curries, dim sums and stir fries, Asian salads and soups. Along with this bounty of Asian delights, the guests are also served a Japanese aerated flavoured beverage, called ‘Ramune’, the closest parallel of which is the Indian Goli Soda and, it’s complimentary. The exhaustive beverage menu also boasts of a range of bubble teas and Asian flavoured iced teas. 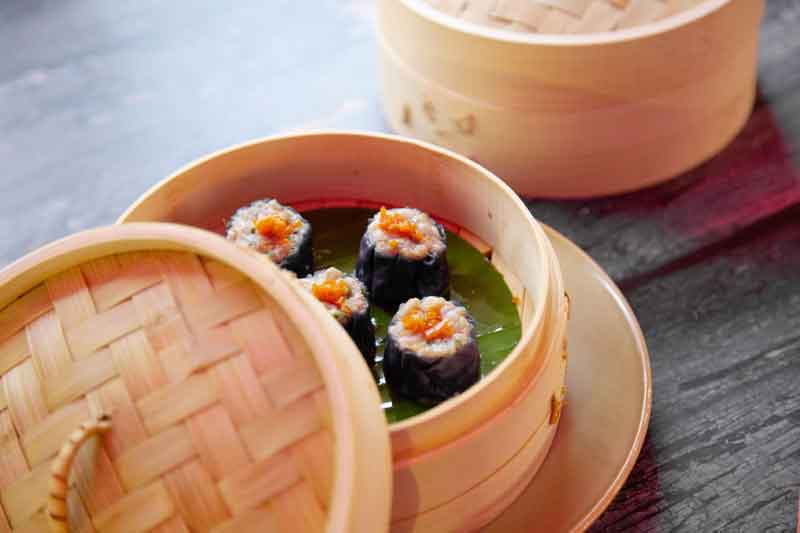 The menu comprises street style cuisines from eight major countries, namely Thailand, Japan, Indonesia, China, Vietnam, Singapore, South Korea and Malaysia. If one gets lucky, they can get their hands on the dishes from Burma and Cambodia, once in a while. Despite the cultural uniqueness of each country, it is their heritage that ties the Asian nations together in a common thread. The brand’s intent is to bring this common thread to the forefront whilst cherishing the individuality of each country.

A visit to Asia! Asia! Asia! must include their signature dishes—Neon Dimsums, Tori Tsukune Teriyaki, Robata Claypot Rice and Southeast Asian rustic curries like Bangkok Street Chicken Kra Pao, Chiang Mai Style Green Curry, Sliced Fish in Black Pepper Sauce to name a few. The brand has also introduced a host of Asian desserts, (a first for Kolkata) that includes the likes of Japanese Mochi Ice-Cream (in multiple flavours), Dorayakis (Japanese pancakes), all of which takes inspiration from the busy streets of Tokyo. 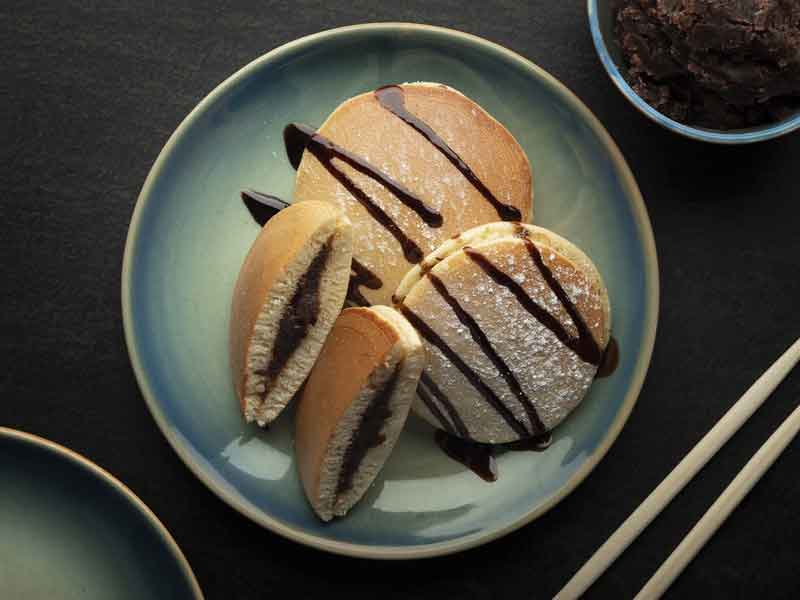 Hours of operations: Monday to Sunday, 11am till 8pm