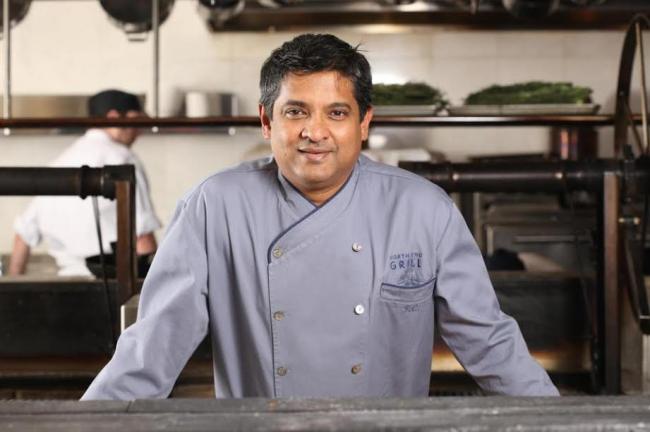 Trans World Features/IBNS | | 07 Dec 2016, 01:28 pm
#Indian American chef, # Floyd Cardoz, # indian food
Celebrated Indian American chef Floyd Cardoz has restaurants in both India and the United States, including the critically acclaimed â€˜Paowallaâ€™ in New York and â€˜The Bombay Canteenâ€™ in Mumbai. He was the winner of Season 3 of â€œTop Chef Mastersâ€ in 2011 and was also named among the Top 50 Most Influential Global Indians by GQ Magazine. Cardoz visited India recently to discuss the food and beverage industries in the US and India and shared with SPAN writer Suheil Imtiaz some of his impressions

When and how did you become interested in the culinary field as a career?

I started my career thinking I’d  be a doctor. And then, it was a research scientist, a marine biologist, a vet, a tea garden plantation manager. One day, I read a book while I was studying biochemistry—Arthur Hailey’s Hotel. I was intrigued by the whole hospitality world and decided that’s what I wanted to do. So, I went to a hospitality school and loved cooking. So I decided to go to the kitchen.
I landed up in the US in 1988 for college and job, and stayed on. Here I am, 28 years later, having spent most of my life there.

What inspired you to start The Bombay Canteen?

I was quite successful at Tabla in New York, where I did Indian food through the eyes of an American. It became very popular, and I slowly started growing closer to Indian food. After 12 years, we closed the restaurant and opened The Bombay Canteen a year-and-a-half ago.
On my trips to India, I realised that Indian food is not being celebrated. Indians were going for multicuisine, for other cuisines forgetting their own. I thought, what if we made a restaurant that is fun, approachable and inexpensive, with great hospitality, just like restaurants in America ? And we did! I am happy that The Bombay Canteen is doing well .

What are the most popular dishes at the restaurant?

There isn’t one most popular dish because we change our menu often, like restaurants in the West. One of the issues that I have with Indian restaurants is that they never change their menu. People get tired of it. So we decided that we are going to have an ever-changing menu. 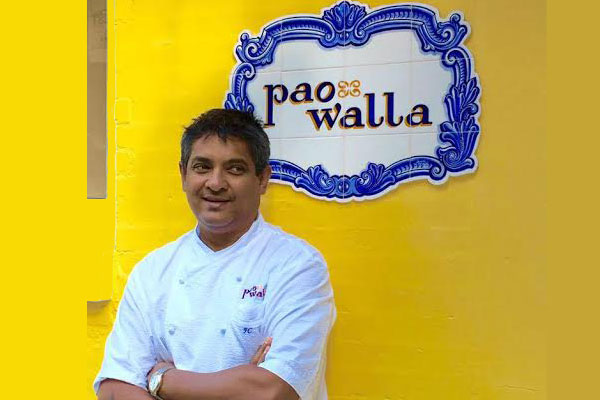 What are your plans for Paowalla?

I feel that Indian food in the US is not where it should be. We don’t recognise regional food. Indian restaurants in New York are like restaurants back here—the menus never change. During  travels in India I’ve seen so many different cuisines. My hope is to take these cuisines, use local American ingredients and make them popular

What kind of Indian cuisine is preferred in the US?

Indian cuisine in the US today is like Italian food was 30 years ago—white sauce, red sauce, pizza. That’s not Italian food as we know today. Indian food in America now is mainly chicken tikka masala, saag paneer and chicken makhani and naan. We all know that’s a small part of Indian food. That being said, people love it. There are also people who hate it and  hate curry.
With trade and many foreign nationals working in companies coming to India, people are more exposed to India. I feel they are ready for something different, something more exciting, more fun, and something approachable. That’s why I decided on Paowalla with that concept.

Do you think food plays a role in strengthening people-to-people relations between countries?

Food is a very important part of culture. Food is what brings people together wherever they are. They always say, “Let’s break bread together.” Introducing food and flavours from different countries to a new country always helps bring people closer because one of the most personal things you can do is eat together. Having two different cultures and using that to bring people together is just fantastic.

Please tell us about your favourite Indian dishes and what you like about them.

Oh boy! My most favourite characteristic of Indian food is its mix of sweet, sour, spicy, salty, bitter…the chatpata character.
Is there a cuisine I prefer over the other? Not really; I like them all. If I say I love fish curry over chicken chakoti, I would be lying because I like to eat them both. Biryani, kosha maangsho, raan, rogan josh, masala dosa—they are all so varied, so different. I love them all.

What are the most difficult ingredients that you have worked with?

I don’t think there are any difficult ingredients. The issue is more how people treat them, understand them and store them. If you understand and respect an ingredient, you can make it work for you.

What defines comfort food for you?

Comfort food is something that takes you back to a place where you are happy. For me, it’s Goan fish curry and rice because that’s what I had while growing up. My grandmother used to make it for me, that’s what my cook would make for me at home and that’s what my mom makes now.

What are some of the challenges that you have faced as a chef in India and the US?

One of the biggest challenges that I faced in the US was people not thinking that being an Indian chef, I could do what I wanted. A big challenge that I face in India is that people don’t understand the breadth of Indian food and what can be done with it. 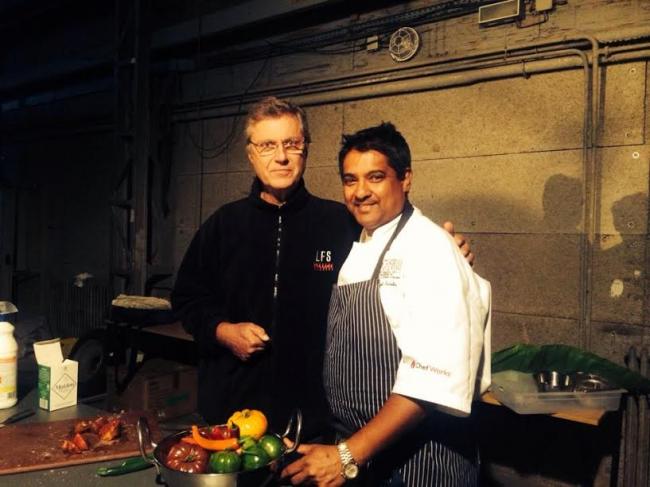 How similar or different is the business side of being an entrepreneur in India and in the US?

Being an entrepreneur in the US and in India is pretty similar yet pretty different. All go through the same issues—high costs, low revenues and high investment costs. However, in America labour cost and rent are pretty high. In India, these costs are really low. But in both countries it’s a business dealing with people,  so you have to give that personality to the business.

What’s the one cuisine that you haven’t explored yet, but are keen to experiment with?

I’d love to learn cuisines from the East Coast of India, Assam, Odisha, coastal Andhra Pradesh and Tamil Nadu. I don’t know those cuisines and I would love to learn those.
I had a chance to eat Assamese food long ago. I didn’t have a chance to eat it recently, but would love to. Any chance to be exposed to something you have never seen is very exciting for me. I’ve heard there are game birds like ducks, pigeons and swans, which you don’t get anywhere else in Indian cuisine. In Assam, there are fermented rice, fish curries and dried meat that you don’t normally see anywhere else. It’s kind of interesting to see that.

What advice would you like to give to aspiring chefs?

The biggest piece of advice I’d give is to follow your heart, be passionate about it and learn as much as you can. Never believe that you have learned everything you need to because the learning process should never stop. Being a chef, you’ve got to learn the basics,  spend your time learning how to be a cook before you become a chef. Just being in the kitchen doesn’t make you a chef. Being a chef is about running a business, about cooking food, about taking care of your staff, taking care of your guests. You learn it over the years, with practice, and by working with different people.

Please tell us about your forthcoming book

My new book is called Flavorwalla. It’s about connecting my culture, my two sons, my home and wife, how I cook for them and how it affects me in my personal life. I believe everybody has stories and being able to show these stories through food is very important.