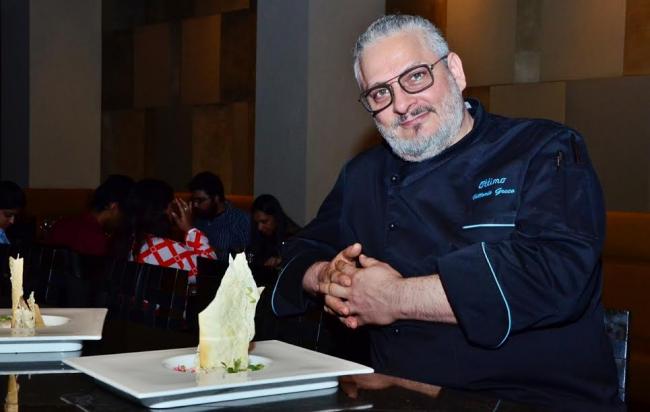 The dishes were art by themselves and a full fledged riot for the five senses.

Vivid hues of red and green, sometimes a  sober grey heightened the different textures, which ranged from crispy, velvety, and creamy. 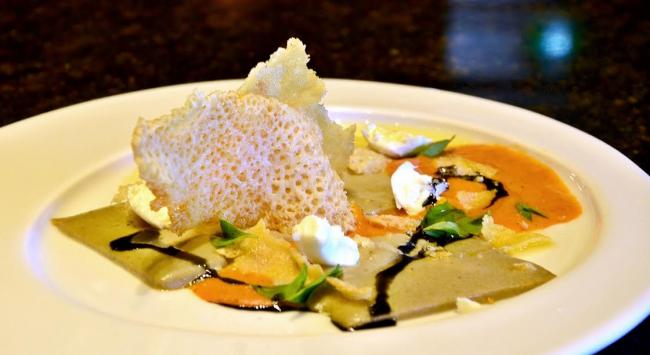 The aroma of freshly baked bread and distinct flavours of cheese upped the enjoyment quotient manifold. 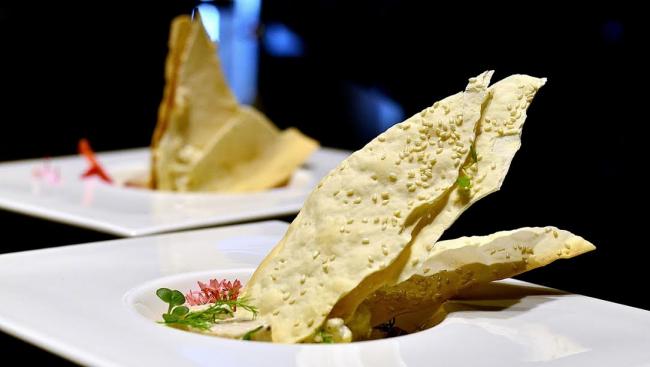 This grand feast was topped off with tiramisu, an Italian classic.

In between meals, Chef Vittorio Greco explained the cooking style and the inredients.

“The sous vide chicken required the chicken to be diced in cubes, while the tuna was prepared along with capers, olives and blended all together and served with the special bread," said the chef.

The parmigiana was a classic Italian favourite, where eggplant mousse was prepared by keeping it on a special paper and serving it up with some crispy parmesan and charcoal oil. 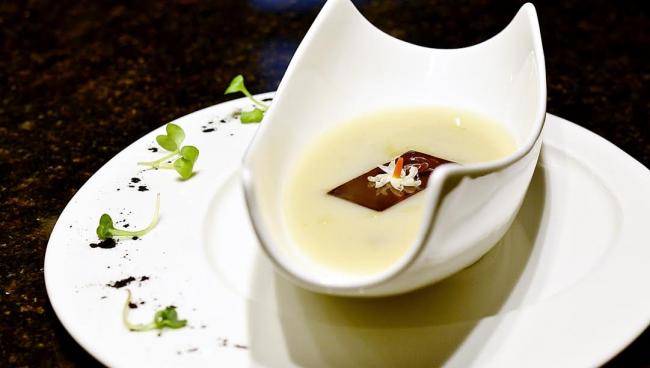 One of the most delicious dishes in the menu was the creamy artichoke soup, which had elements of dark chocolate in it, along with a strong cheesy flavour.

According to the chef, the idea of using gorgonzola was essentially that of a friend’s, but when he tried it out, it became a bestseller.

“The soup was also slow cooked along with some onion for that distinct flavour," he said.

“Gorgonzola, though not very popular in India, is a great combination with chocolate, and I would even put this combination in dishes like gnocchi, even fifteen years ago. Dark chocolate has to be used, and not milk chocolate as the latter can be too sweet. The trick is to introduce each of the elements separately and not mix it all together," said Greco.

Speaking on the main dishes, Chef Vittorio Greco said, "The lamb ossobuco was basically lamb shanks slow cooked and marinated in a certain amount of orange juice that gave it the zesty tang, served with a light broth with the raviolis. The fish was slow cooked by tossing celeries, capers, olives with some olive oil, garlic, chillies, salt and pepper, and some fresh tomatoes and fish stock, and cooked for ten minutes.”

Coming to the tiramisu, Chef Greco said, "For the tiramisu, a good mascarpone is essential, and we import ours directly from Italy, as I find that the mascarpone here is too buttery or liquidy. Good country eggs are also needed, and they are a little different than regular eggs. Sugar, coffee and kahlua are then added in the right proportions.”

In a candid chat, the chef, whose kitchen always stocks extra virgin olive oil and parmigiano, said,” Growing up in a traditional Italian family, where there were always lots of people around, most of the action was centred around the kitchen. That is how my affair with food started.”

“When I get some free time, I like to enjoy my time at home, as usually I never get time to do that. Then walking my dog along the beach nearby, I enjoy that a lot too," said the chef whose favourite food is a classic Spaghetti Bolognese, and a well prepared palak paneer, chicken tandoor, chicken malai and biryani from ITC’s Dum Pukht.

The festival is part of the first-ever Week-long Festival on Extraordinary Italian Tastes being celebrated in over 130 countries across the world.