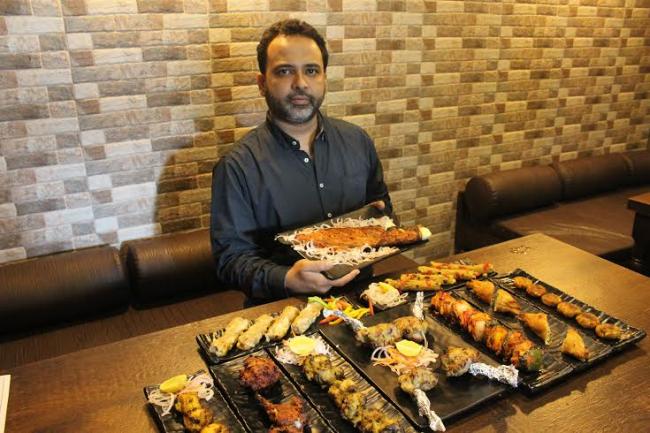 The festival will start from  Aug 5 and will be celebrated throughout the month.

Speaking about the festival, Asif Ahmed, co-owner, Sanjha Chulha  said: ”Most of the kebabs in the festival are not your run-of-the mill kebabs. Yes we do have that Mutton Burra which is an absolute crowd favorite, but we also have Whole Tandoori Bhetki, Saufiya Tikka, Tandoori Salad, Dahi Key Sholay and Dhuadar Tikki which add to the newness of the menu. The festival celebrates flavours that can be brought forward through kebabs.”

{image_1}On being asked about the specific use of the term 'quirky' to kebab, the co-owner told IBNS: ”Basically we want to make kebabs with some new outlook,  or adding a slightly uncommon taste which would fascinate people and would differentiate from the rest.”

He added: “We always try to come out with some new and unique menus most of the time, and favourably till date, have been able to satisfy the demand of the food lovers.”

On asking about the price range, he said: “The average price of a plate would cost somewhere between Rs.700 to 800.”

The menu includes a range of ten variants of kebabs, six non-vegetarian and four vegetarian items.