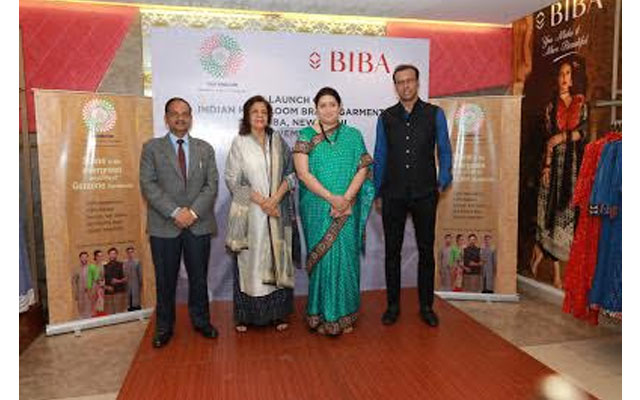 Speaking at the launch function, the Union Textiles Minister Smriti Zubin Irani said that the Ministry of Textiles is focusing on promoting and reviving Indian handlooms and Indian weaves.

Irani said that India has a rich textile heritage and that an initiative such as this, wherein brands collaborate with the Government’s initiative, would help make the programme bigger and more successful.

He said that the India Handloom Brand’s fabrics are of supreme quality and are environment friendly.

He said that it has been BIBA's constant endeavor to provide its customers with products of high quality which will glorify beauty, feminity and grace of Indian women.

He added that BIBA will be using the India Handloom Brand’s fabric to craft some exclusive pieces for the upcoming collections, expressing confidence that they will be able to provide BIBA loyalists the best shopping experience with these new additions.Development Commissioner (Handlooms), Alok Kumar, and Chairperson, BIBA, Ms. Meena Bindra were also present on the occasion.

The India Handloom Brand was launched by the Prime Minister of India on 7th August last year in order to promote the branding of high quality handloom products, with zero defects and zero effect on the environment.

Under the collaboration, the India Handloom Brand fabrics would be made available at key BIBA outlets across India.