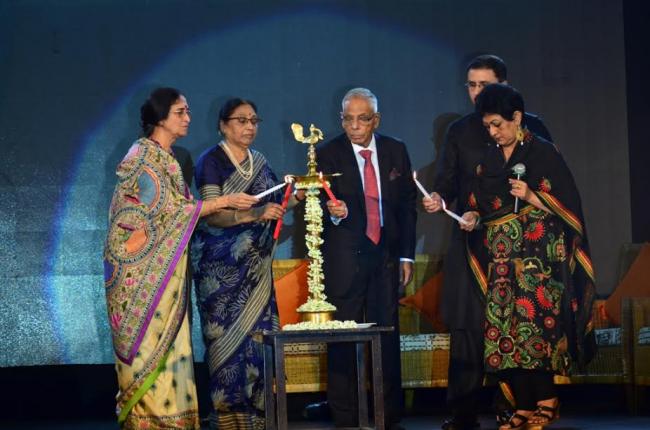 Dudeja is a well known personality in the fashion scene, who through her S.H.E Foundation promotes the native embroidery art of Kantha stitching.

The event also saw a short film being showcased on Kantha, following which the fashion show witnessed models walking the ramp in Kantha creations designed by couturier Paromita Banerjee Sarkar, with jewellery by Neha Agrawal. The event was choreographed by supermodel Nayanika Chatterjee.

Speaking at the event, Dudeja said, “Kantha story is all about a little stitch. It is based on a running stitch. Today Kantha is appealing to women all across the world. When Kantha started, women were not paid for it. As stitch art Kantha has not only delved into the mythology but also modern representations including Rabindranath Tagore writings, travelling across nations depicting his work as a humble homage.”

Commenting on the same, M K Narayanan added, “I look upon Shamlu as part of these smart, capable and intelligent women who make up India and Calcutta is lucky to have someone like that. After having met Shamlu, it took me almost four years to realize the kind of efforts that go into creating these masterpieces and how much work one single woman has put into it to make it a success.”

Basu said, “The concept of Kantha is all about conservation of the culture. It is about recycling and reinventing into something that reaches its maximum potential. Sometimes the object produced from their labour would be of unmatched beauty and they formed the tangential cultural heritage of Bengal.” 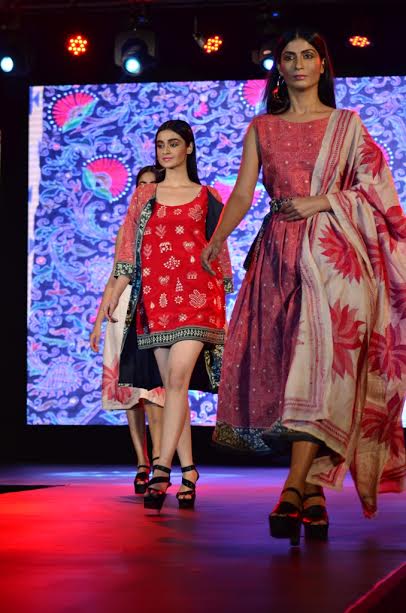