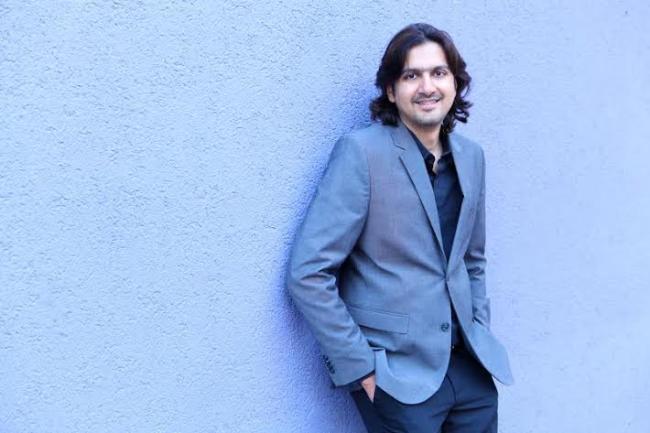 My music is straight from heart: Ricky Kej

Trans World Features (TWF) | | 20 Mar 2015, 12:21 pm
#Ricky Kej, # Grammy awards
A self-taught musician, Ricky Kej made India proud by bagging the Grammy awards with his "Winds of Samsara" this year. TWF correspondent Supriyo Hazra catches up with the composer based in Bengaluru

How does it feel after bagging such a major trophy in your music career?

I can say that the feeling is amazing. One can only dream about winning such an award. It is an amazing validation of my works, and my life-long hard work.


Has the award changed your life in any big way?

Not really, it has opened lots of doors for me. It has energized me to carry on with the music which I have been doing over the years. I can say something very clearly, that my music is straight from my heart, and this award has encouraged me to continue creating music from the heart.

Share with us something about your collaboration with South African musician Wouter Kellerman. How did it happen?

To start telling about our collaboration, I can say that we knew each other’s music for several years. I used to listen to his music and I loved it. We had once met online and appreciated each other’s works. It was only three years ago, when we personally  met each other and decided to work together. I  must share one thing that I am a huge fan of Mahatma Gandhi while he loves Nelson Mandela. I had   composed a song on Gandhi he had done the same on Mandela.  We instantly connected with each other and shared the compositions. We travelled together, met several musicians, recorded, had tons of fun and in 2 years we had created 'Winds of Samsara'


Tell us something about your childhood and how your love for music germinated those days?

Since, I remember, I always loved listening to music. Nobody in my family was a musician. I loved all types of music. Naturally, when I was a student, I picked up a guitar and a keyboard and started playing them. Initially, I was completely self-taught and during that period I used to play for bands. In class 12, I decided to take up music as my profession for the rest of my life. My parents were against my decision. They wanted me to take up a traditional profession. Hence, I had a deal with my dad and I got a degree on dental surgery. After completing my five years in studying dental surgery, I did not practice for a single day and dedicated my life to full-time music. I never wanted to do commercial music. My music is straight from heart and I believe in treating music as an art- the way it is meant to me.

Do you feel that your music is received more in the US than in India?

Being a musician we need to find the right audience and I found it abroad. I am fortunate that I found an audience outside India. In India, maybe, people would love my music, but the radio and television do not play any non-Bollywood music here. Hence, it was difficult for me to penetrate my music deeper and reach out to the large audience in this country. In India, Bollywood is primarily dominating the music paradigm and I can say that the film industries are like factories producing music. I wanted to create music from heart so that after 100 years people can recognize my music and say its composed by Ricky- and it is a slice of his life and beliefs. I realized that there was not much scope for my music in India.  I needed to move outside India. I found huge audience  in Europe, America, Australia and other places. In fact, TV and radio stations in those nations play my music regularly, and it is very popular. Much before I won the award, my album ‘Winds Of Samsara’ was played by over 450 radio stations all over the world, and was No. 1 on the Billboard charts and on the World Radio Charts.


Why do you feel in India independent musicians often shift their focus to Bollywood or other film industries and leave behind their own music?

In India, piracy is one of the biggest problems which the music industry has been facing for the past couple of years. Here, people feel that music is a free commodity. We see that every person in this nation has a huge music collection but I don't think anyone can remember the last time they actually bought an album. Even if I ask my friend about my album they will ask me to copy my music for them on a pen drive!. Outside, people feel that they need to buy music. They buy albums and don't follow the trend we have here in our country. Moreover, the main content provider for music in India is Bollywood. They want their music to be popular so that more movie tickets are sold. They are not at all concerned about piracy. The problem rises from this point. For individual musicians piracy is a huge problem. Piracy won’t let them survive. So, they have two options-either they need to join Bollywood or take a day job and pursue their music in the evening. But I can tell you that this is a very tough choice for them.


How do you see the Indian music industry developing in the next 10 years?

Currently, the music produced by the film industry is ruling the Indian music scenario. I feel that Bollywood makes very high-quality music. But, it is true that it is not music from the heart. In the West, so many singers compose music that actually reflects their emotions. I hope that my award will encourage more musicians to take up independent music.


How do you want to contribute further to the world of Indian music?

As I have said earlier, Indian music is currently dominated by Bollywood and they are played across the globe. Even after that, people like AR Rahman, Pandit Ravi Shankar, Zakir Hussain, among others, have broken all cultural barriers with their compositions. I want to follow their footsteps. My album is played by many radio stations abroad and I have been received in European and others countries as well. However, I can say that my music is primarily Indian. They have broken all cultural barriers and touched new audience far and wide. I will like to contribute to the Indian music by creating more compositions from my heart and reach out to the large audience across the globe.

Do you have plans to do music for Bollywood or other Indian film industries in future?

At present, I do not have such plans. If there is a filmmaker, who wants to use my music exactly in the way I have created it, then I will love to see it happen.

Who were your inspirations in music?

Nusrat Fateh Ali Khan, Pandit Ravi Shankar and Peter Gabriel have always inspired me as a musician. I love them as they broke cultural barriers and were never afraid of experimentation.

Tell us something about your upcoming project?

I am doing a follow up to ‘Winds Of Samsara’ and it will be released in 2017. It’s a huge project. I just produced an album featuring Peter Gabriel titled  2 Unite All. It is aimed at urgent humanitarian aid to the Palestinians in Gaza.