Parsis: A death-rite at peril

Trans World Features (TWF) | | 06 Feb 2015, 01:08 pm
# Parisis in Kolkata, # Parsi death rite, # Vulture in India
There are roughly 500 Parsis in Kolkata. But sadly, even this small community finds it difficult to maintain their age-old death ritual owing to a drop in the number of vultures and other problems. Anusua Banerjee reports

Some may consider this a morbid thought, but the rites and rituals associated with death and the disposal of the body is an interesting chapter of social history that tells us a lot about a particular community and religion. One of the first clues showing the vulture population in India is on a steady decline was the absence of the birds around the Tower of Silence in Kolkata, Mumbai, Bengaluru, etc.

The Parsi community, followers of the ancient Zoroastrian religion, places the dead body in the tower to be devoured by vultures.  The declining population of the vultures, indication of an environment problem, is also affecting the death rites of the Parsi community.

Followers of the Persian prophet Zarathustra worship several elements created by the almighty like water, earth and most dedicatedly the most purifying force, the fire. The Zoroastrian tradition considers the dead to be pollutants and therefore the corpse has to be disposed of as soon as the soul departs from the body. So the dead are taken to the Tower of Silence, a euphemism for what the Parsis call Dakhmas or Cheel Ghar as it is called in Kolkata.

For the last few years, vultures have been disappearing fast in India and are considered as critically endangered. They are one of the most efficient scavengers of nature and play a vital role in disposing of carcasses and are an important link in the food chain. It is estimated that around ten million vultures have died eating animal carcasses because the carcasses contained a common drug called ‘Diclophenac’, which is harmful for vultures. The disappearance of the vultures is bringing forth a crisis of sorts for the Parsi orthodoxy as set against modern realities. 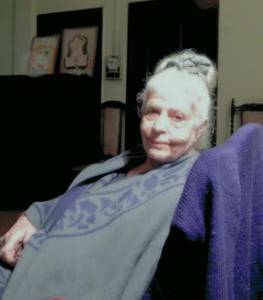 Tina Mehta, author of Zarathustrian Saga says, “Decomposition is seen as polluting the air. We concentrate less on the body and care more about the soul. Previously, we used to take the dead bodies to the mountains for wild animals. The Tibetans also have a similar kind of a ritual.

“As we grow older and suffer from many ailments, we are forced to take medicines; for example, many of us take pain killers that include the drug diclophenac. Similarly, we may be ingesting other chemicals too. When people die and the bodies are left at the Dakhma as part of the ritual, the birds, including vultures, may also ingest some of the harmful chemicals that have remained in the dead body.”

It may sound far-fetched but Mehta believes that the vast quantity of medicines taken by the people may also harm the vultures as they ingest the harmful chemicals from the decomposing corpses.

The city of Mumbai with the highest number of Parsis faces the consequences immensely. With the differences in opinion between the orthodox priests and the contemporary Parsi community, cremation doesn’t allow the priests to read the last prayers if they are cremated and not disposed the traditional way. With the absence of vultures they cannot go by the religion demands.

Many Parsis believe that they have the right to choose their mode of disposal of the body. The priests beg to differ stating that in matters of religion, there are no choices.

To bring around a compromise between religious diktats and the changing times, many dakhmas are now introducing solar panels, an experiment which is quite successful except during the rainy season. “The solar panels direct the sunrays towards the dead body drying and decomposing it. There are platforms inside with separate slabs for men, women and children. When the body dries up, it falls inside the pit through the lime powder and the remains go into the tunnels,” says Viraf  Dastoor who is a priest at the Parsi Fire Temple located at Melcalfe Street, Kolkata.

However, the senior-most member of the Parsi community Kolkata Malcolm Munsif reveals that, “The solar panels in Mumbai don’t function properly and it takes a lot of time for the body to decompose.”

The tall buildings built around the dakhmas are believed to be another reason for the vultures distancing themselves from the Tower of Silence. Previously these areas used to be filled with forest greens and peaceful environment which was favourable for the vultures to scavenge around. With time, the residents near the Dakhmas protested of the foul smell coming out of the rotten bodies, which they termed polluting and unhygienic.

Like all other religion, the Zoroastrian religion too demands that the dead must be honoured suitably. But it is up to the society at large to ensure that the followers of one of the oldest religious orders are not made to suffer owing lack of understanding of their needs.