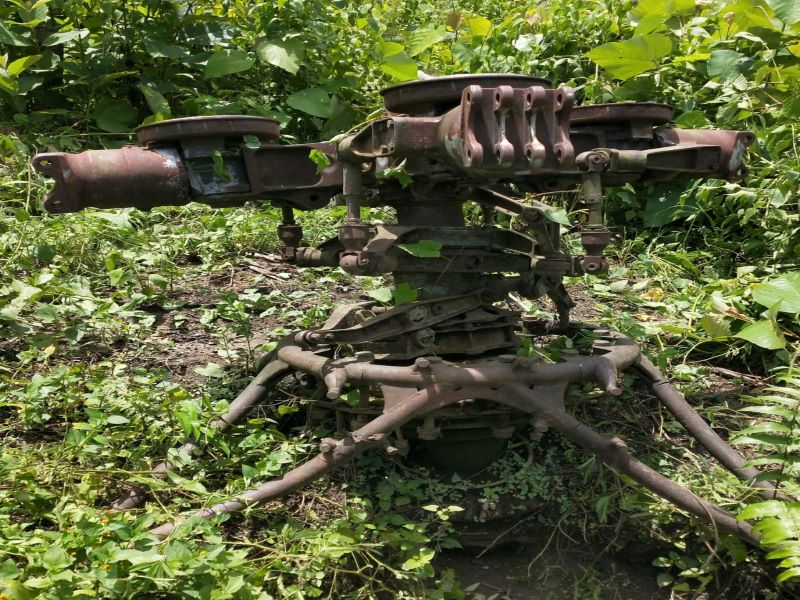 Ambassa(Tripura)/UNI: The rusty remains of a burnt helicopter, lying for more than half-a-century in a remote reserve forest in Dhalai district, has sparked curiosity among the locals for years, and now they have demanded an inquiry into the circumstances that led to its tragic end.

Banchandra Para is situated in the Central Reserve Forest area in the bordering subdivision of Longthorai Valley in the district. The locality is inhabitated by thirty to forty families of shifting cultivators. The wreckage lies half buried in the ground by the bank of a local rivulet Natin Manu. To reach the site, one can come to Chamanu by road and then walk five to six kilometers where the withered remains of the helicopter lie.

But how did the helicopter reach there? Wonder many. Some believe, it had crashed and since then remained there. But, it is also strange that no one ever came to investigate the accident or remove the wreckage, they opine.

Recently, a local youth Hiralal Debbarma showed the rusty, weed adorned remains of the helicopter on his YouTube channel, which got the netizens talking.

One septuagenarian local Brihannala Debbarma says decades ago he had seen the helicopter catch fire and fall to the ground.

"When the incident took place I was just five years old. We didn't even know what a helicopter was. One afternoon my parents were busy in the Jhum field, and I was alone at our bamboo-made thatched house. Suddenly, I saw a machine (helicopter) flying in the sky and while I was still looking at it with amazement, it caught fire and came crashing to the ground with a heavy explosion," said 75-year-old Debbarma, going down his memory lane.

"Immediately after, another such machine (helicopter) followed it and came down. But, after a while it flew back in the sky and disappeared. Next morning we gathered there and found the burnt remains. Since then it has been lying there," he related.

From Brihannala's account, the time of accident seems to be around 1950. But, no official investigation was ever conducted to unearth the history and the background of the helicopter.

After lying in oblivion for decades, local people want the authorities to unearth the mystery shrouding the remains of the helicopter.